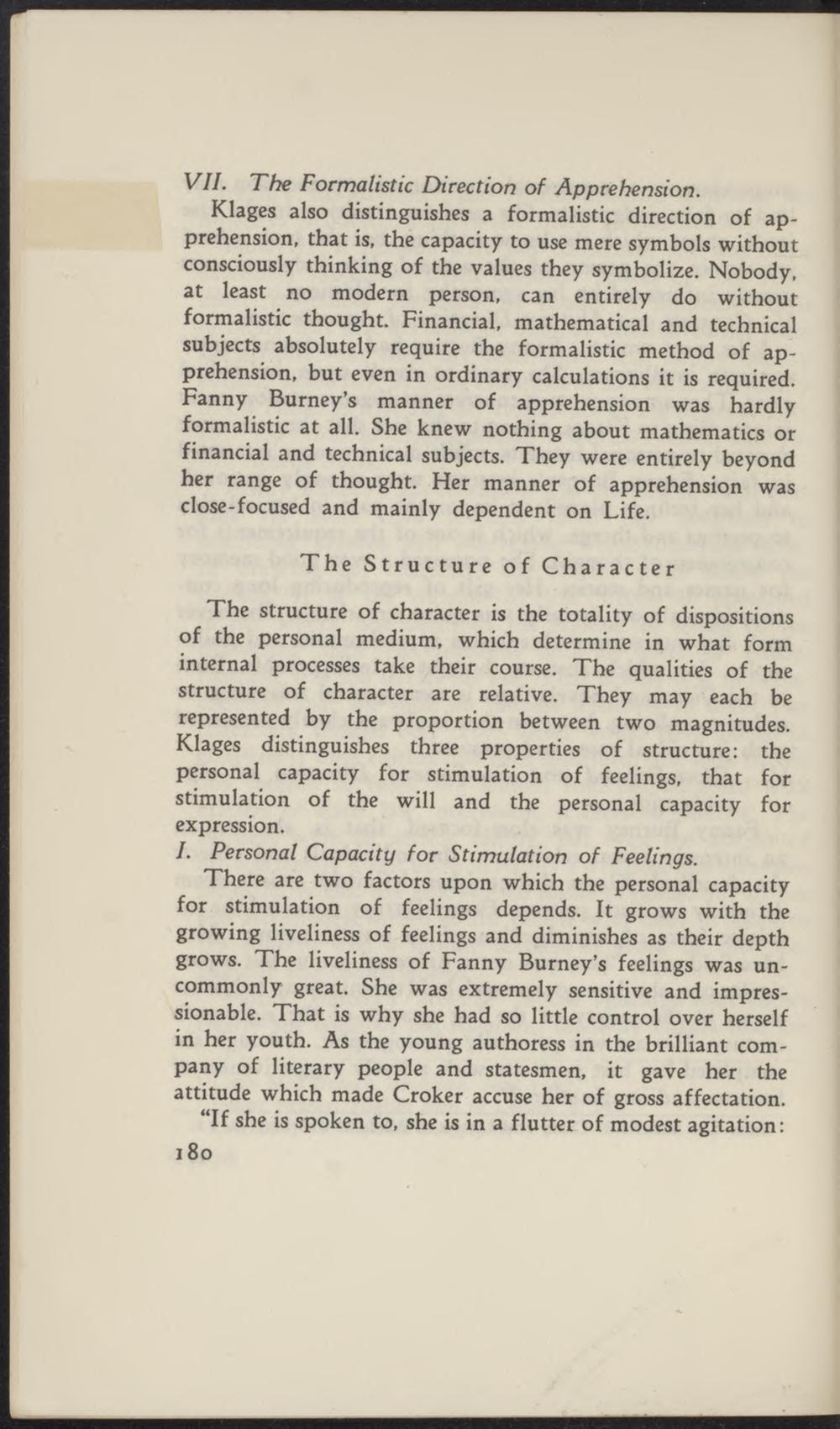 VII. The Formalistic Direction of Apprehension.

The Structure of Character

The structure of character is the totality of dispositions of the personal medium, which determine in what form internal processes take their course. The qualities of the structure of character are relative. They may each be represented by the proportion between two magnitudes. Klages distinguishes three properties of structure: the personal capacity for stimulation of feelings, that for stimulation of the will and the personal capacity for expression.

I. Personal Capacity for Stimulation of Feelings.

There are two factors upon which the personal capacity for stimulation of feelings depends. It grows with the growing liveliness of feelings and diminishes as their depth grows. The liveliness of Fanny Burney's feelings was uncommonly great. She was extremely sensitive and impressionable. That is why she had so little control over herself in her youth. As the young authoress in the brilliant company of literary people and statesmen, it gave her the attitude which made Croker accuse her of gross affectation.

"If she is spoken to, she is in a flutter of modest agkation: