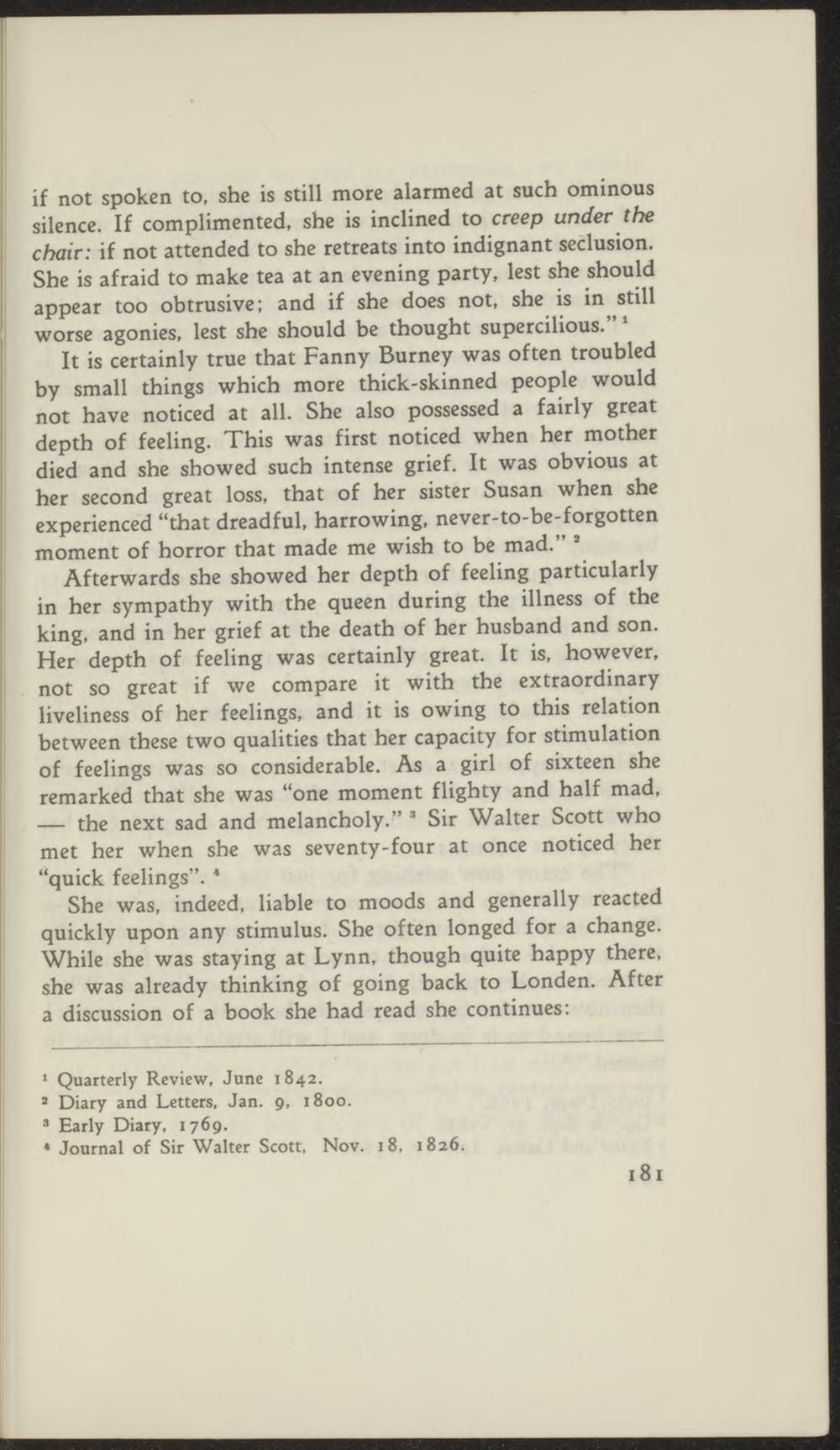 if not spoken to, she is still more alarmed at such ominous silence. If complimented, she is indined to creep under the chair: if not attended to she retreats into indignant aecluaion. She is afraid to make tea at an evening party, lest she should appear too obtrusive; and if she does not, she is in^ still worse agonies, lest she should be thought supercilious."1

It is certainly true that Fanny Burney was often troubled by small things which moré thick-skinned people would not have noticed at all. She also possessed a fairly great depth of feeling. This was first noticed when her mother died and she showed such intense grief. It was obvious at her second great loss, that of her sister Susan when she experienced "that dreadful, harrowing, never-to-be-forgotten moment of horror that made me wish to be mad." 1

Afterwards she showed her depth of feeling particularly in her sympathy with the queen during the illness of the king, and in her grief at the death of her husband and son. Her depth of feeling was certainly great. It is, however, not so great if we compare it with the extraordinary liveliness of her feelings, and it is owing to this relation between these two qualities that her capacity for stimulation of feelings was so considerable. As a girl of sixteen she remarked that she was "one moment flighty and half mad,

the next sad and melancholy." s Sir Walter Scott who

met her when she was seventy-four at once noticed her "quick feelings". *

She was, indeed, liable to moods and generally reacted quickly upon any stimulus. She often longed for a change. While she was staying at Lynn, though quite happy there, she was already thinking of going back to Londen. After a discussion of a book she had read she continues: