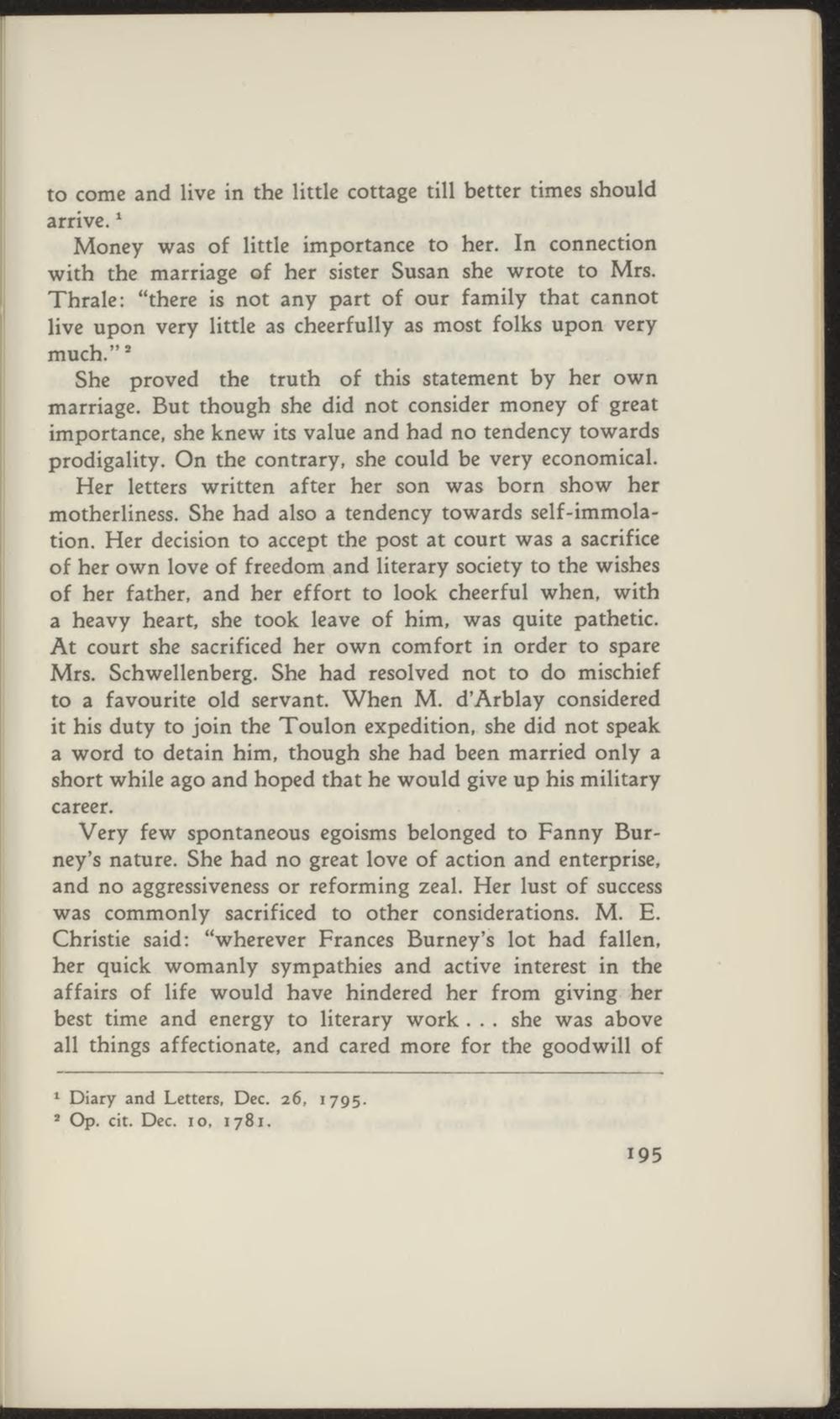 to come and live in the little cottage till better times should arrivé.1

Money was of little importance to her. In connection with the marriage of her sister Susan she wrote to Mrs. Thrale: "there is not any part of our family that cannot live upon very little as cheerfully as most folks upon very much." *

She proved the truth of this statement by her own marriage. But though she did not consider money of great importance, she knew its value and had no tendency towards prodigality. On the contrary, she could be very economical.

Her letters written after her son was born show her motherliness. She had also a tendency towards self-immolation. Her decision to accept the post at court was a sacrifice of her own love of freedom and literary society to the wishes of her father, and her effort to look cheerful when, with a heavy heart, she took leave of him, was quite pathetic. At court she sacrificed her own comfort in order to spare Mrs. Schwellenberg. She had resolved not to do mischief to a favourite old servant. When M. d'Arblay considered it his duty to join the Toulon expedition, she did not speak a word to detain him, though she had been married only a short while ago and hoped that he would give up his military career.

Very few spontaneous egoisms belonged to Fanny Burney's nature. She had no great love of action and enterprise, and no aggressiveness or reforming zeal. Her lust of success was commonly sacrificed to other considerations. M. E. Christie said: "where ver Frances Burney's lot had f allen, her quick womanly sympathies and active interest in the affairs of life would have hindered her from giving her best time and energy to literary work. .. she was above all things affectionate, and cared more for the goodwill of