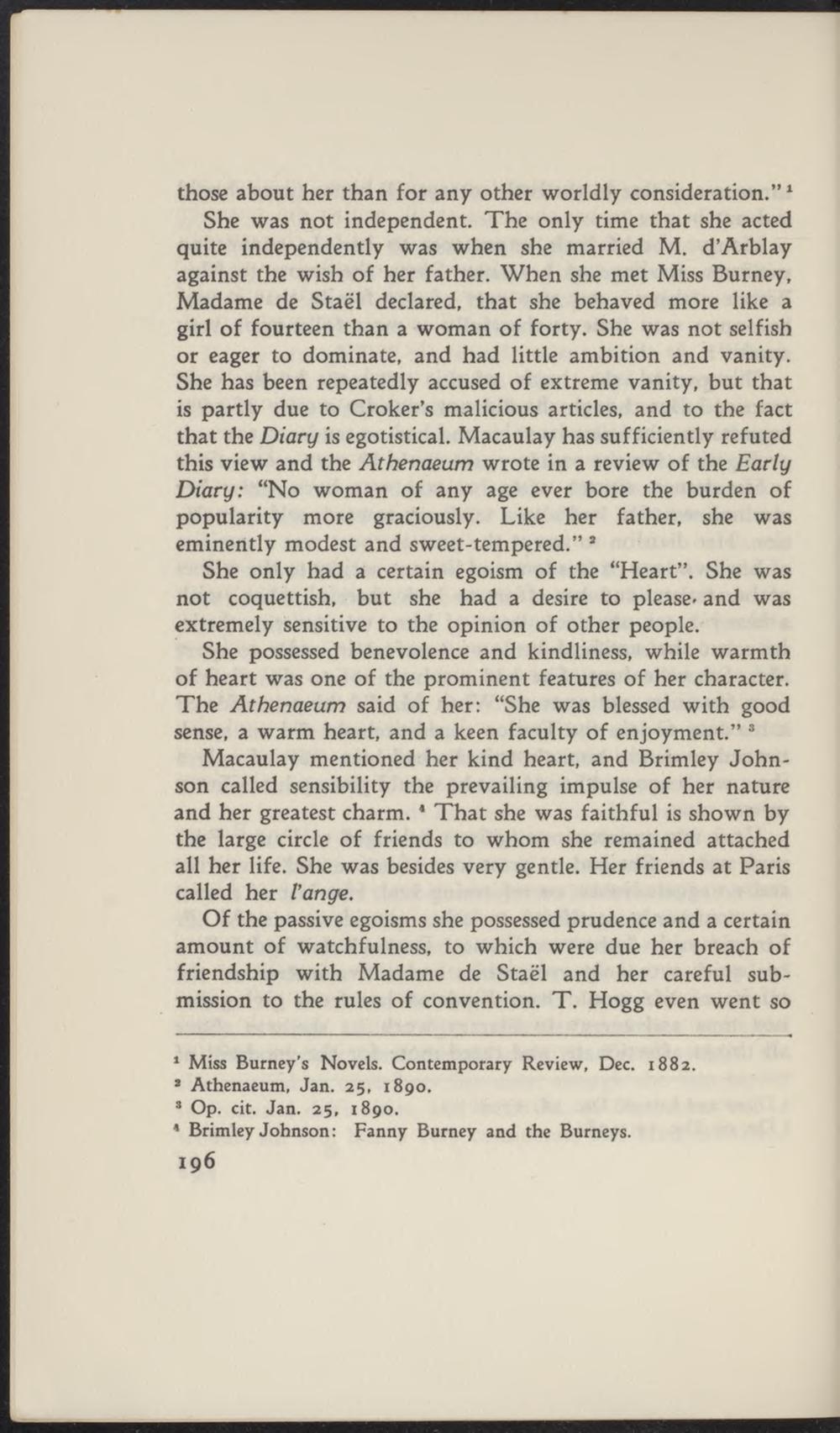 those about her than for any other worldly consideration." *

She was not independent. The only time that she acted quite independently was when she married M. d'Arblay against the wish of her father. When she met Miss Burney, Madame de Staël declared, that she behaved more like a girl of fottrteen than a woman of forty. She was not seifish or eager to dominate, and had little ambition and vanity. She has been repeatedly accused of extreme vanity, but that is partly due to Croker's malicious articles, and to the fact that the Diary is egotistical. Macaulay has suf f iciently refuted this view and the Athenaeum wrote in a review of the Early Diary: "No woman of any age ever bore the burden of popularity more graciously. Like her father, she was eminently modest and sweet-tempered." 1

She only had a certain egoism of the "Heart". She was not coquettish, but she had a desire to please- and was extremely sensitive to the opinion of other people.

She possessed benevolence and kindliness, while warmth of heart was one of the prominent features of her character. The Athenaeum said of her: "She was blessed with good sense, a warm heart, and a keen faculty of enjoyment." 3

Macaulay mentioned her kind heart, and Brimley Johnson called sensibility the prevailing impulse of her nature and her greatest charm. * That she was faithful is shown by the large circle of friends to whom she remained attached all her life. She was besides very gentle. Her friends at Paris called her tange.

Of the passive egoisms she possessed prudence and a certain amount of watchfulness, to which were due her breach of friendship with Madame de Staël and her careful submission to the rules of convention. T. Hogg even went so