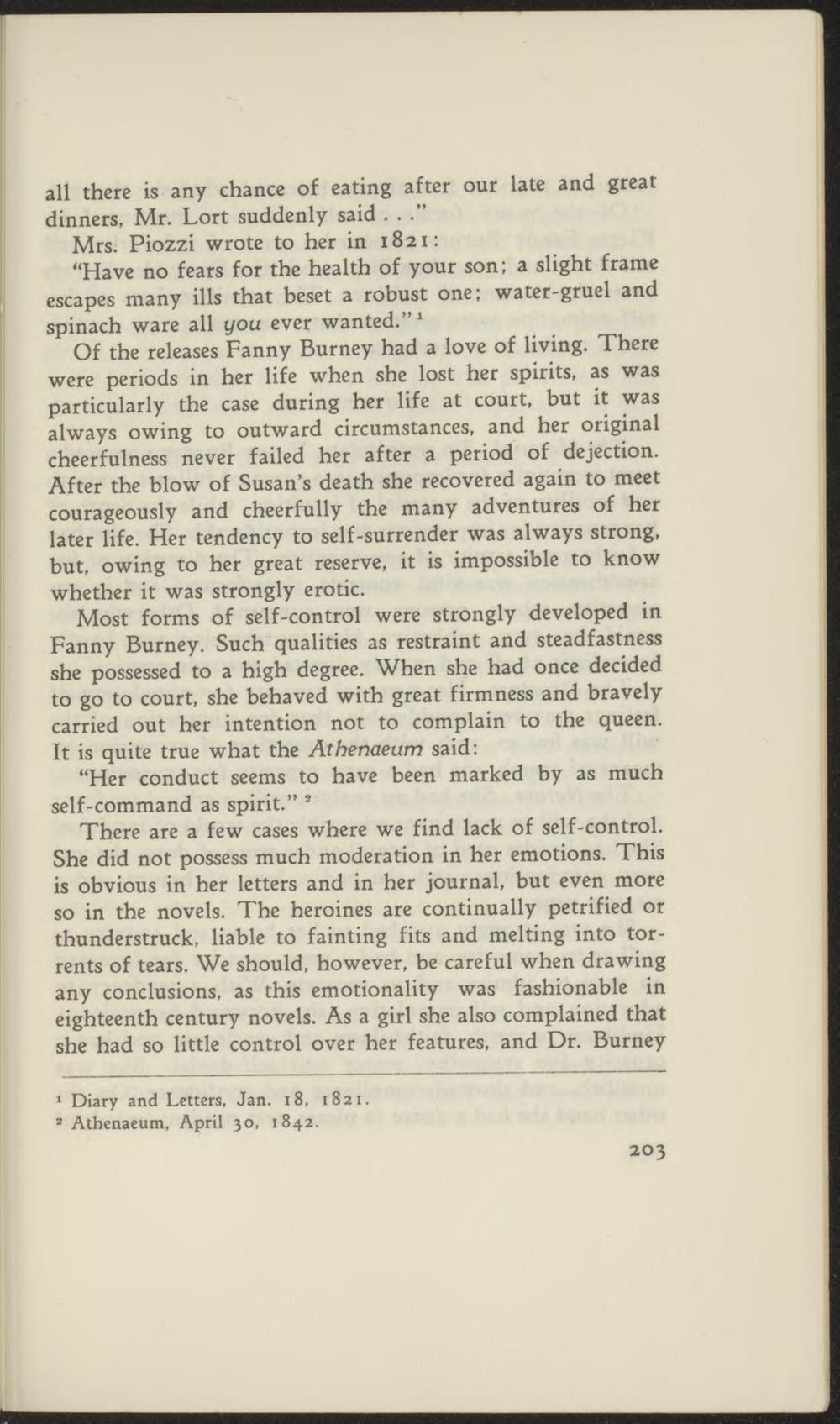 all there is any chance of cating after our late and great dinners, Mr. Lort suddenly said ..."

"Have no fears for the health of your son; a slight frame escapes many ills that beset a robust one; water-gruel and spinach ware all you ever wanted."1

Most forms of self-control were ströngly developed in Fanny Burney. Such qualities as restraint and steadfastness she possessed to a high degree. When she had once decided to go to court, she behaved with great firmness and bravely carried out her intention not to complain to the queen. It is quite true what the Athenaeum said:

"Her conduct seems to have been marked by as much self-command as spirit." 1

There are a few cases where we find lack of self-control. She did not possess much moderation in her emotions. This is obvious in her letters and in her journal, but even more so in the novels. The heroines are continually petrified or thunderstruck, liable to fainting fits and melting into torrents of tears. We should, however, be careful when drawing any conclusions, as this emotionality was fashionable in eighteenth century novels. As a girl she also complained that she had so little control over her features, and Dr. Burney