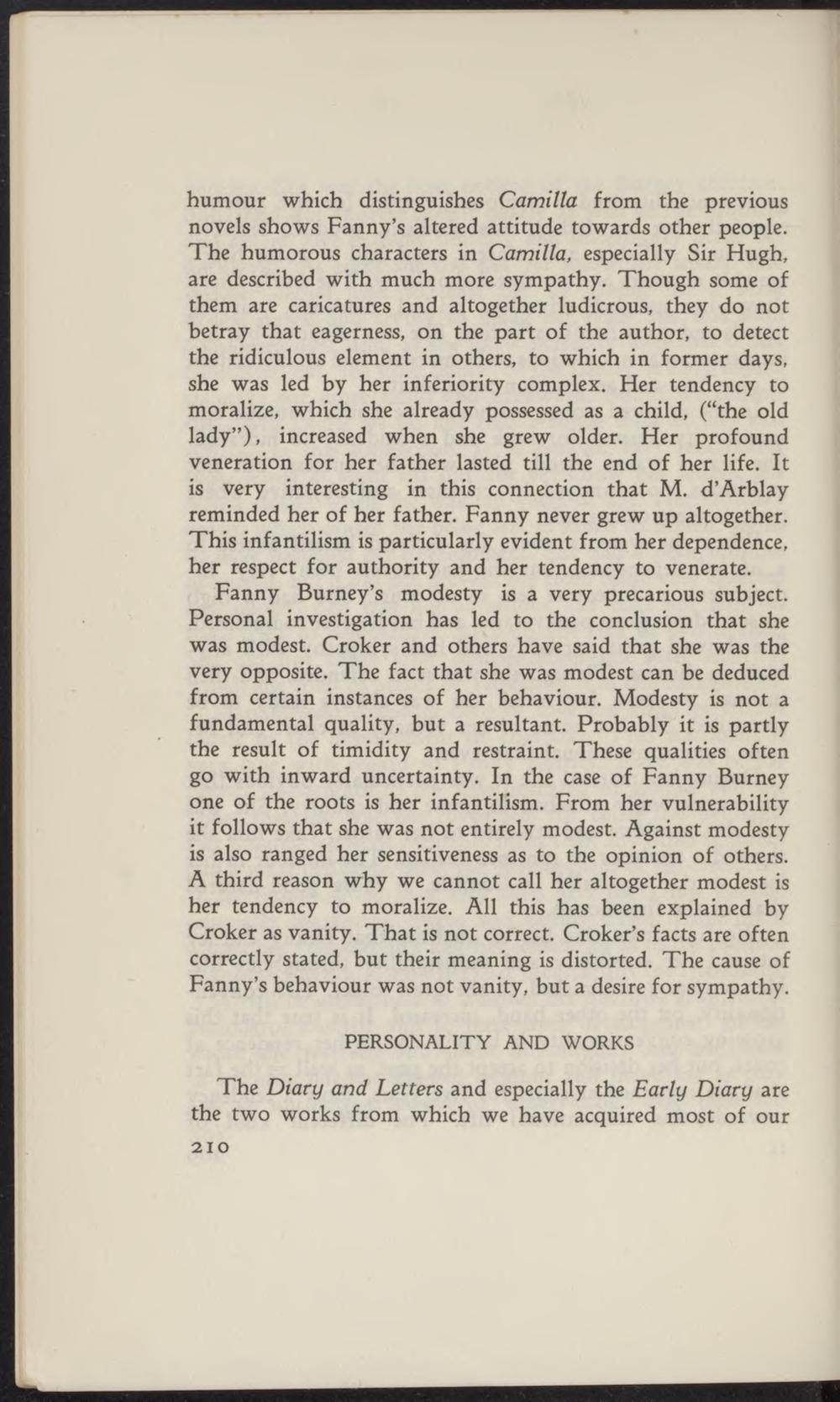 humour which distinguishes Camilla from the previous novels shows Fanny's altered attitude towards other people. The humorous characters in Camilla, especially Sir Hugh, are described with much more sympathy. Though some of them are caricatures and altogether ludicrous, they do not betray that eagerness, on the part of the author, to detect the ridiculous element in others, to which in former days, she was led by her inferiority complex. Her tendency to moralize, which she already possessed as a child, ("the old lady"), increased when she grew older. Her profound veneration for her father lasted till the end of her life. It is very interesting in this connection that M. d'Arblay reminded her of her father. Fanny never grew up altogether. This infantilism is particularly evident from her dependence, her respect for authority and her tendency to venerate.

Fanny Burney's modesty is a very precarious subject. Personal investigation has led to the conclusion that she was modest. Croker and others have said that she was the very opposite. The fact that she was modest can be deduced from certain instances of her behaviour. Modesty is not a fundamental quality, but a resultant. Probably it is partly the result of timidity and restraint. These qualities often go with inward uncertainty. In the case of Fanny Burney one of the roots is her infantilism. From her vulnerability it follows that she was not entirely modest. Against modesty is also ranged her sensitiveness as to the opinion of others. A third reason why we cannot call her altogether modest is her tendency to moralize. All this has been explained by Croker as vanity. That is not correct. Croker's facts are often correctly stated, but their meaning is distorted. The cause of Fanny's behaviour was not vanity, but a desire for sympathy.