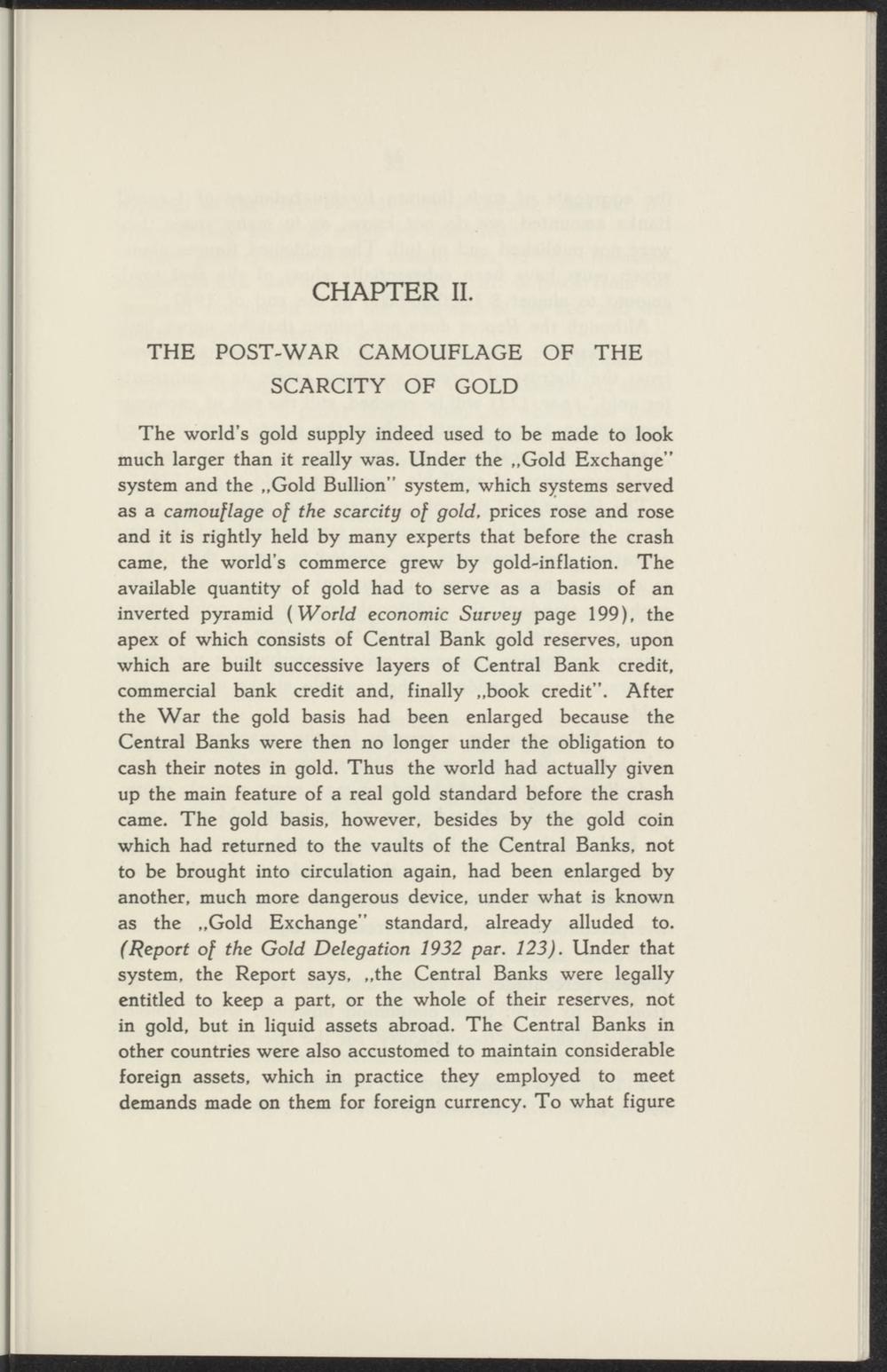 THE POST-WAR CAMOUFLAGE OF THE SCARCITY OF GOLD

The world's gold supply indeed used to be made to look much larger than it really was. Under the „Gold Exchange" system and the „Gold Bullion" system, which systems served as a camouflage of the scarcity of gold, prices rose and rose and it is rightly held by many experts that before the crash came, the world's commerce grew by gold-inflation. The available quantity of gold had to serve as a basis of an inverted pyramid (World economie Survey page 199), the apex of which consists of Central Bank gold reserves, upon which are built successive layers of Central Bank credit, commercial bank credit and, finally „book credit". After the War the gold basis had been enlarged because the Central Banks were then no longer under the obligation to cash their notes in gold. Thus the world had actually given up the main feature of a real gold Standard before the crash came. The gold basis, however, besides by the gold coin which had returned to the vaults of the Central Banks, not to be brought into circulation again, had been enlarged by another, much more dangerous device, under what is known as the „Gold Exchange" Standard, already alluded to. (Report of the Gold Delegation 1932 pat. 123). Under that system, the Report says, „the Central Banks were legally entitled to keep a part, or the whole of their reserves, not in gold, but in liquid assets abroad. The Central Banks in other countries were also accustomed to maintain considerable foreign assets, which in practice they employed to meet demands made on them for foreign currency. To what figure