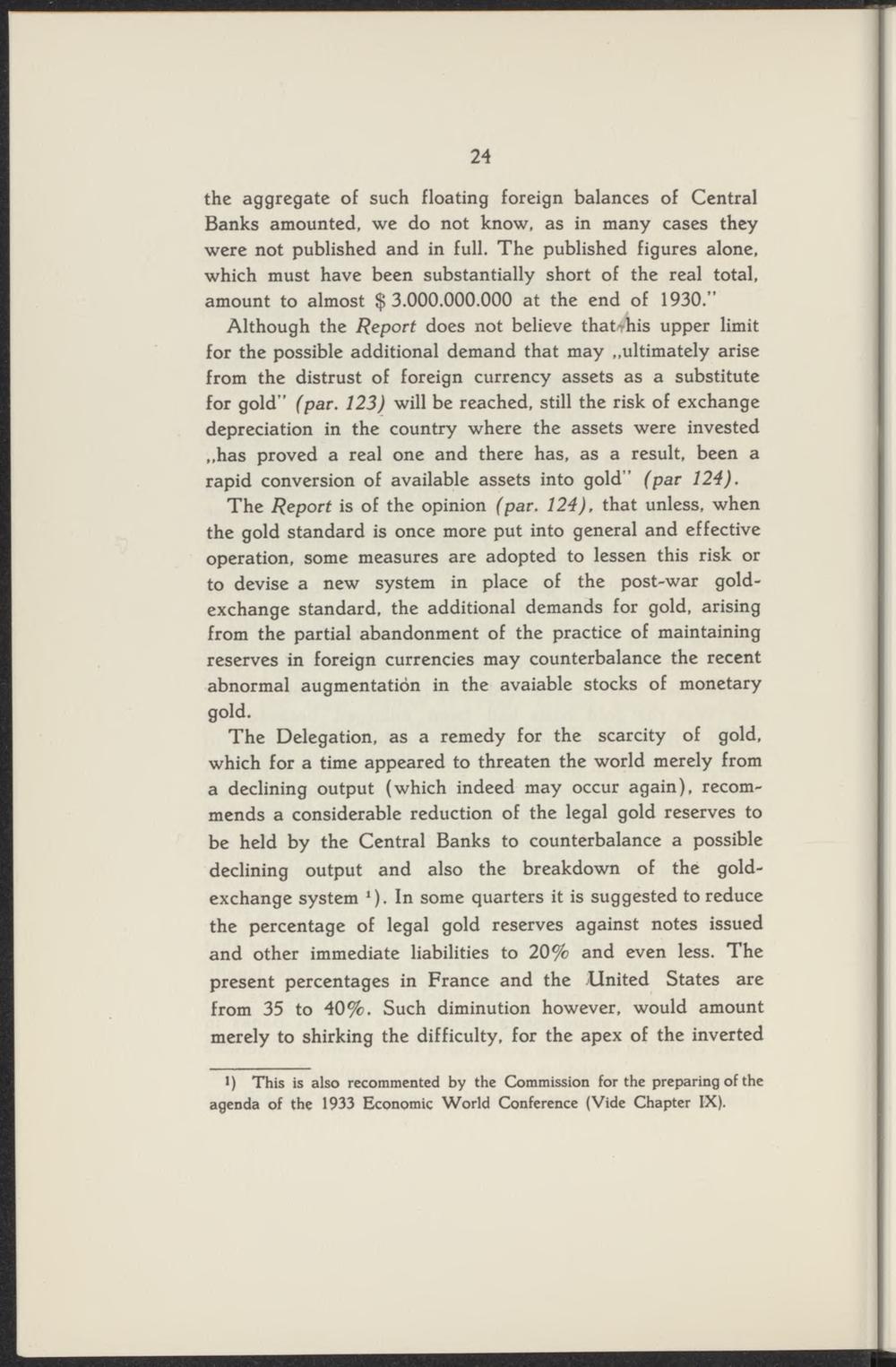 the aggregate of such floating foreign balances of Central Banks amounted, we do not know, as in many cases they were not published and in fuil. The published figures alone, which must have been substantially short of the real total, amount to almost $3.000.000.000 at the end of 1930."

Although the Report does not believe that-his upper limit for the possible additional demand that may „ultimately arise from the distrust of foreign currency assets as a substitute for gold" (por. 123) will be reached, still the risk of exchange depreciation in the country where the assets were invested „has proved a real one and there has, as a result, been a rapid conversion of available assets into gold" (par 124).

The Report is of the opinion (par. 124). that unless, when the gold Standard is once more put into general and ef fective operation, some measures are adopted to lessen this risk or to devise a new system in place of the post-war goldexchange Standard, the additional demands for gold, arising from the partial abandonment of the practice of maintaining reserves in foreign currencies may counterbalance the recent abnormal augmentatiön in the avaiable stocks of monetary gold.

The Delegation, as a remedy for the scarcity of gold, which for a time appeared to threaten the world merely from a declining output (which indeed may occur again), recommends a considerable reduction of the legal gold reserves to be held by the Central Banks to counterbalance a possible declining output and also the breakdown of thé goldexchange system 1). In some quarters it is suggested to reduce the percentage of legal gold reserves against notes issued and other immediate liabilities to 20% and even less. The present percentages in France and the United States are from 35 to 40%. Such diminution however, would amount merely to shirking the difficulty, for the apex of the inverted

I) This is also recommented by the Commission for the preparing of the agenda of the 1933 Economie World Conference (Vide Chapter K).