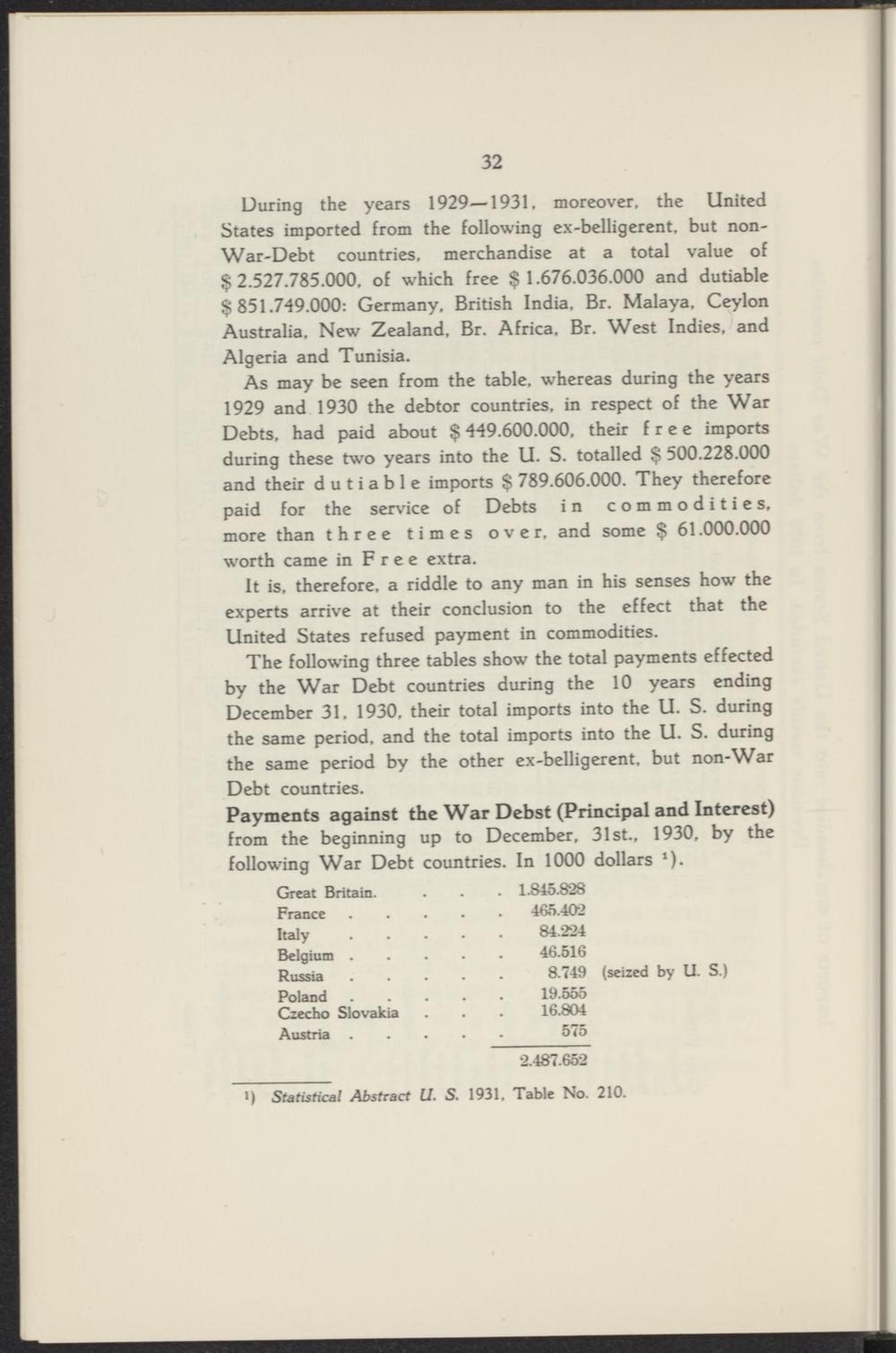 It is. therefore, a riddle to any man in his senses how the experts arrivé at their conclusion to the effect that the United States refused payment in commodities.

Payments against the War Debst (Principal and Interest)