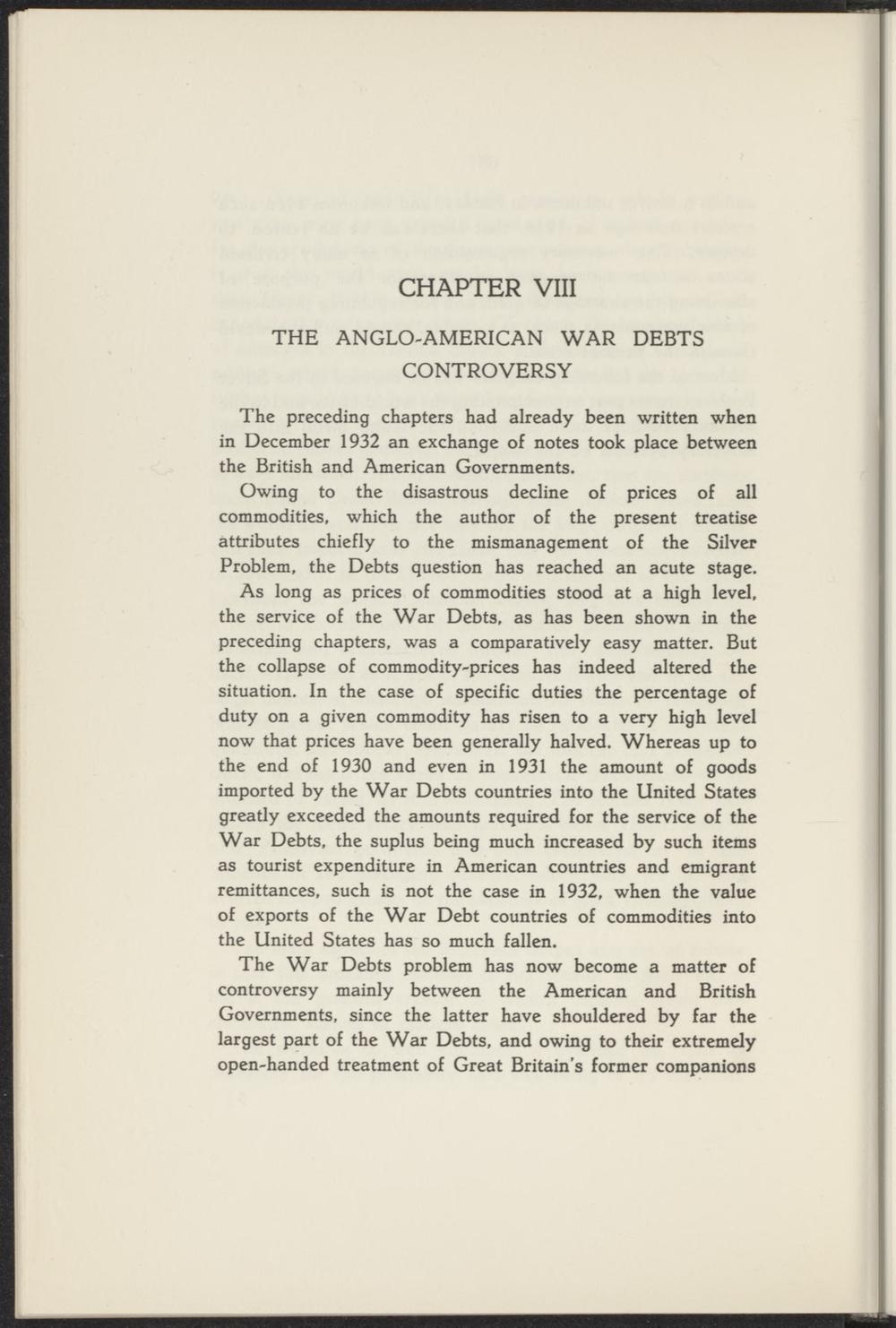 The preceding chapters had already been written when in December 1932 an exchange of notes took place between the British and American Governments.

Owing to the disastrous decline of prices of all commodities, which the author of the present treatise attributes chiefly to the mismanagement of the Silver Problem, the Debts question has reached an acute stage.

As long as prices of commodities stood at a high level, the service of the War Debts, as has been shown in the preceding chapters, was a comparatively easy matter. But the collapse of commodity-prices has indeed altered the situation. In the case of specific duties the percentage of duty on a given commodity has risen to a very high level now that prices have been generally halved. Whereas up to the end of 1930 and even in 1931 the amount of goods imported by the War Debts countries into the United States greatly exceeded the amounts required for the service of the War Debts, the suplus being much increased by such items as tourist expenditure in American countries and emigrant remittances, such is not the case in 1932, when the value of exports of the War Debt countries of commodities into the United States has so much fallen.

The War Debts problem has now become a matter of controversy mainly between the American and British Governments, since the latter have shouldered by far the largest part of the War Debts, and owing to their extremely open-handed treatment of Great Britain s former companions