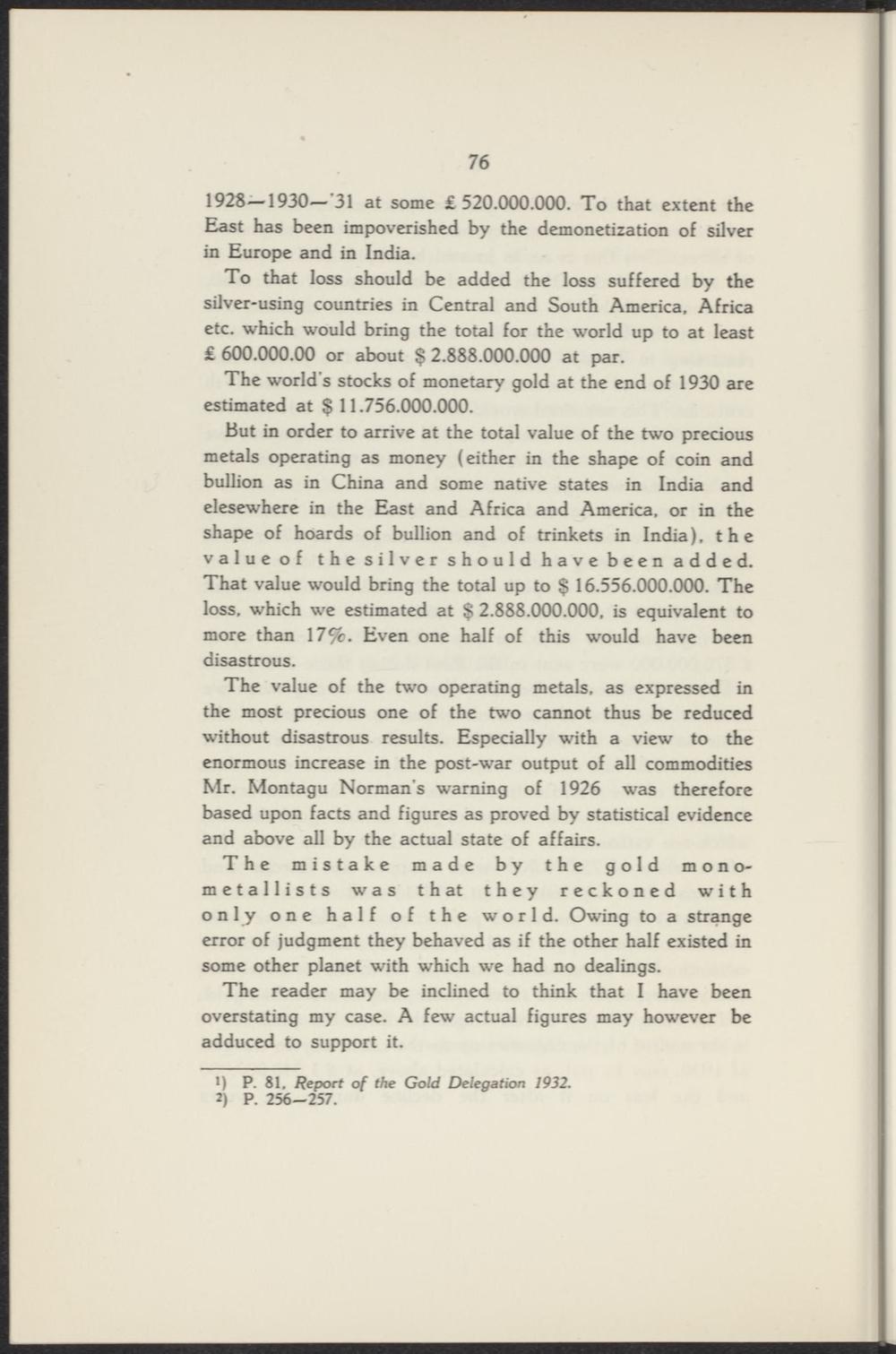 But in order to arrivé at the total value of the two precious metais operating as money (either in the shape of coin and bullion as in China and some native states in India and elesewhere in the East and Africa and America, or in the shape of hoards of bullion and of trinkets in India), the value of the silver should have been added. That value would bring the total up to $ 16.556.000.000. The loss, which we estimated at $2.888.000.000. is equivalent to more than 17%. Even one half of this would have been disastrous.

The value of the two operating metais, as expressed in the most precious one of the two cannot thus be reduced without disastrous results. Especially with a view to the enormous increase in the post-war output of all commodities Mr. Montagu Normans warning of 1926 was therefore based upon facts and figures as proved by statistical evidence and above all by the actual state of af fairs.

The mistake made by the gold m o n ometallists was that they reckoned with onl_y one half of the world. Owing to a strange error of judgment they behaved as if the other half existed in some other planet with which we had no dealings.

The reader may be inclined to think that I have been overstating my case. A few actual figures may however be adduced to support it.