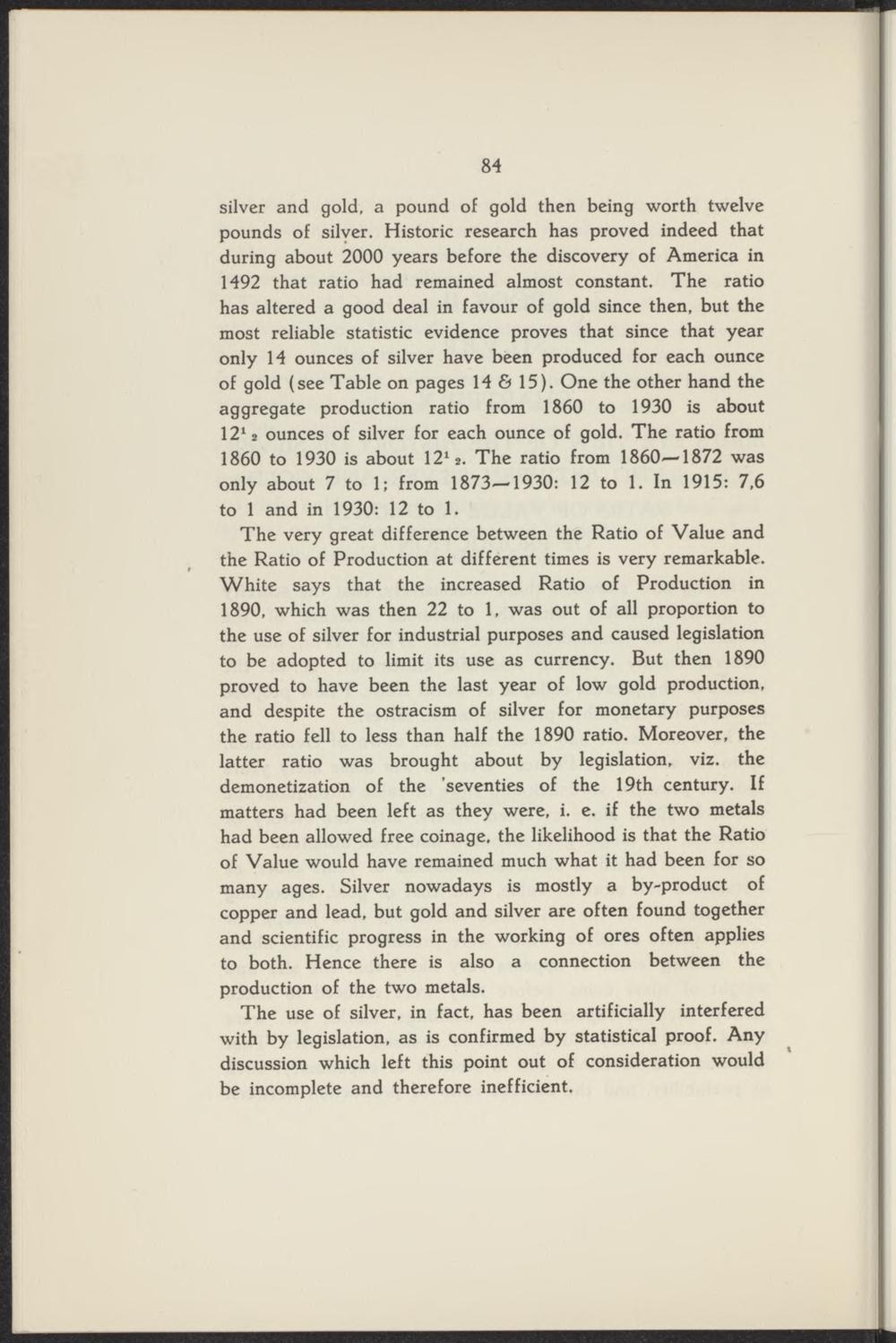 The very great difference between the Ratio of Value and the Ratio of Production at different times is very remarkable. White says that the increased Ratio of Production in 1890, which was then 22 to 1, was out of all proportion to the use of silver for industrial purposes and caused legislation to be adopted to limit its use as currency. But then 1890 proved to have been the last year of low gold production, and despite the ostracism of silver for monetary purposes the ratio feil to less than half the 1890 ratio. Moreover, the latter ratio was brought about by legislation, viz. the demonetization of the 'seventies of the 19th century. If matters had been left as they were, i. e. if the two metais had been allowed free coinage. the likelihood is that the Ratio of Value would have remained much what it had been for so many ages. Silver nowadays is mosdy a by-product of copper and lead, but gold and silver are often found together and scientific progress in the working of ores often applies to both. Hence there is also a connection between the production of the two metais.

The use of silver, in fact, has been artificially interfered with by legislation, as is confirmed by statistical proof. Any discussion which left this point out of consideration would be incomplete and therefore inefficiënt.