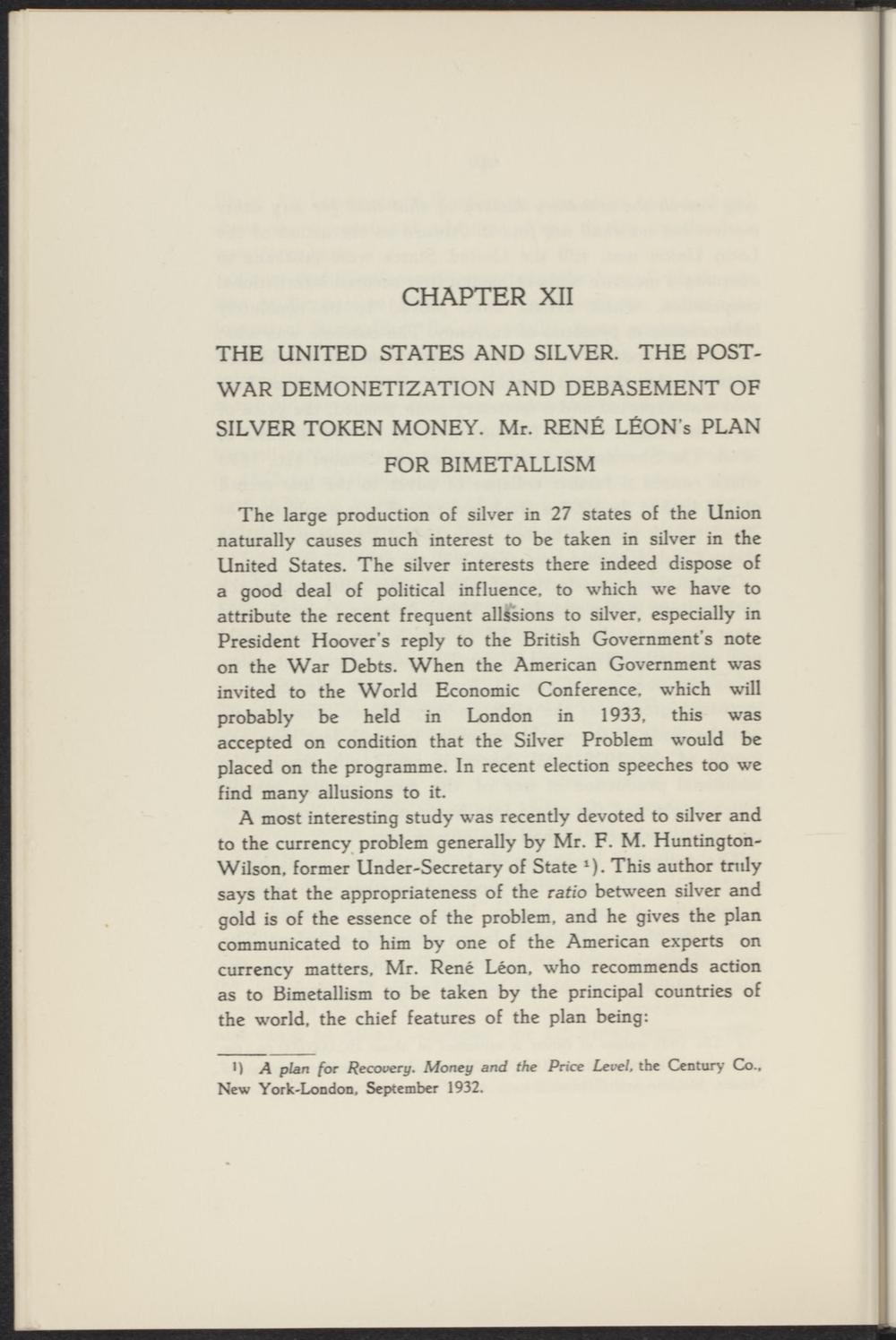 THE UNITED STATES AND SILVER. THE POSTWAR DEMONETIZATION AND DEBASEMENT OF SILVER TOKEN MONEY. Mr. RENÉ LÉON's PLAN FOR BIMETALLISM

The large production of silver in 27 states of the Union naturally causes much interest to be taken in silver in the United States. The silver interests there indeed dispose of a good deal of political influence, to which we have to attribute the recent frequent allssions to silver. especially in President Hoover's reply to the British Government's note on the War Debts. When the American Government was invited to the World Economie Conference, which will probably be held in London in 1933, this was accepted on condition that the Silver Problem would be placed on the programme. In recent election speeches too we find many allusions to it.

A most interesting study was recendy devoted to silver and to the currency problem generally by Mr. F. M. HuntingtonWilson. tonner Under-Secretary of State *). This author trnly says that the appropriateness of the ratio between silver and gold is of the essence of the problem, and he gives the plan communicated to him by one of the American experts on currency matters, Mr. René Léon, who recommends action as to Bimetallism to be taken by the principal countries of the world, the chief features of the plan being:

M A plan for Recovery. Money and the Price Level, the Century Co., New York-London, September 1932.