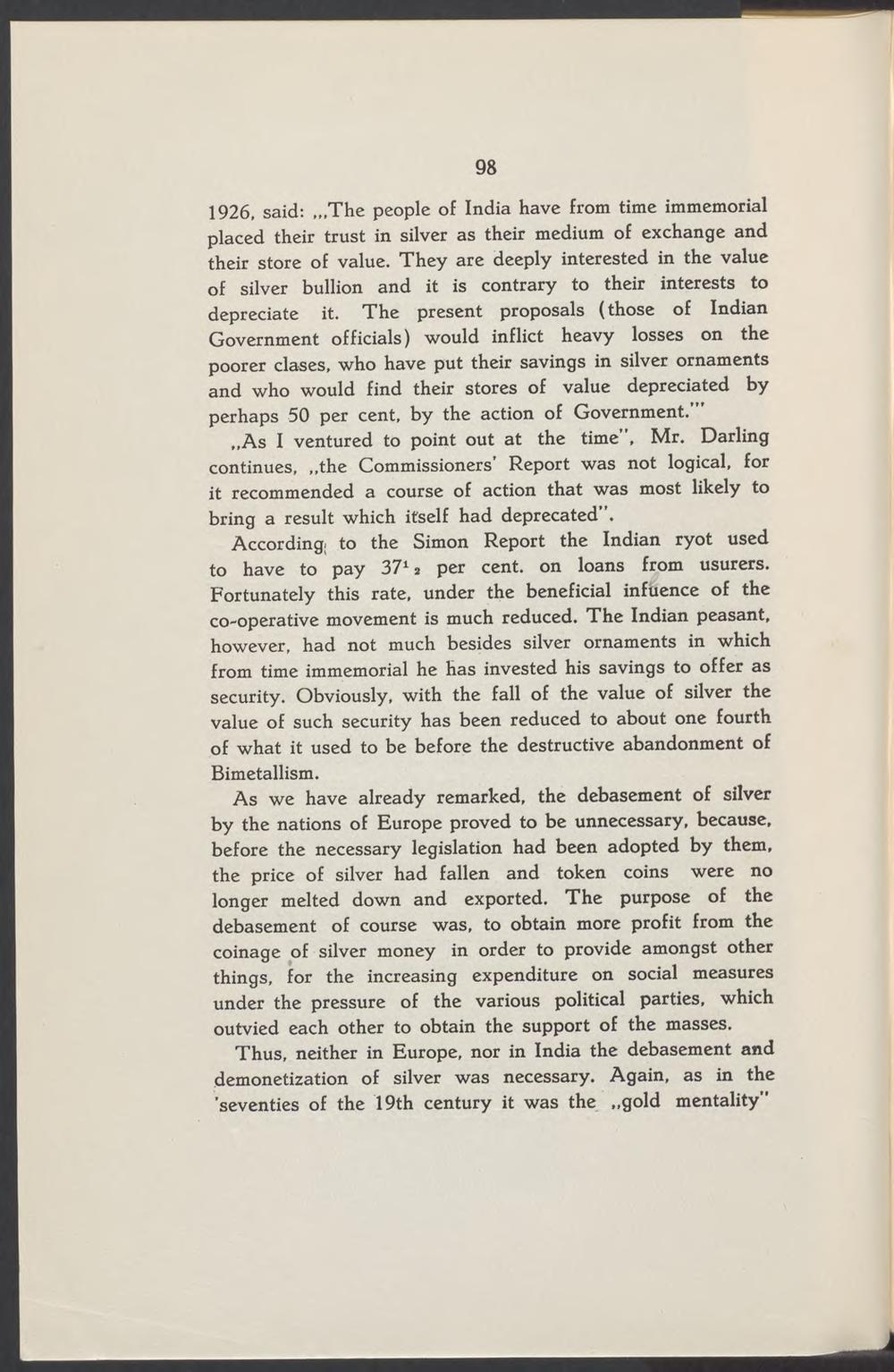 1926, said: „,The people of India have from time immemorial placed their trust in silver as their medium of exchange and their store of value. They are deeply interested in the value of silver bullion and it is contrary to their interests to depreciate it. The present proposals (those of Indian Government officials) would inflict heavy losses on the poorer clases, who have put their savings in silver ornaments and who would find their stores of value depreciated by perhaps 50 per cent, by the action of Government.'"

„As I ventured to point out at the time", Mr. Darling continues, „the Commissioners' Report was not logical, for it recommended a course of action that was most likely to bring a result which itself had deprecated".

According; to the Simon Report the Indian ryot used to have to pay 3712 per cent. on loans from usurers. Fortunately this rate, under the beneficial infüence of the co-operative movement is much reduced. The Indian peasant, however, had not much besides silver ornaments in which from time immemorial he has invested his savings to offer as security. Obviously, with the fall of the value of silver the value of such security has been reduced to about one fourth of what it used to be before the destructive abandonment of Bimetallism.

As we have already remarked, the debasement of silver by the nations of Europe proved to be unnecessary, because, before the necessary legislation had been adopted by them, the price of silver had fallen and token coins were no longer melted down and exported. The purpose of the debasement of course was, to obtain more profit from the coinage of silver money in order to provide amongst other things, for the increasing expenditure on social measures under the pressure of the various political parties, which outvied each other to obtain the support of the masses.

Thus, neither in Europe, nor in India the debasement and demonetization of silver was necessary. Again, as in the 'seventies of the 19th century it was the „gold mentality"