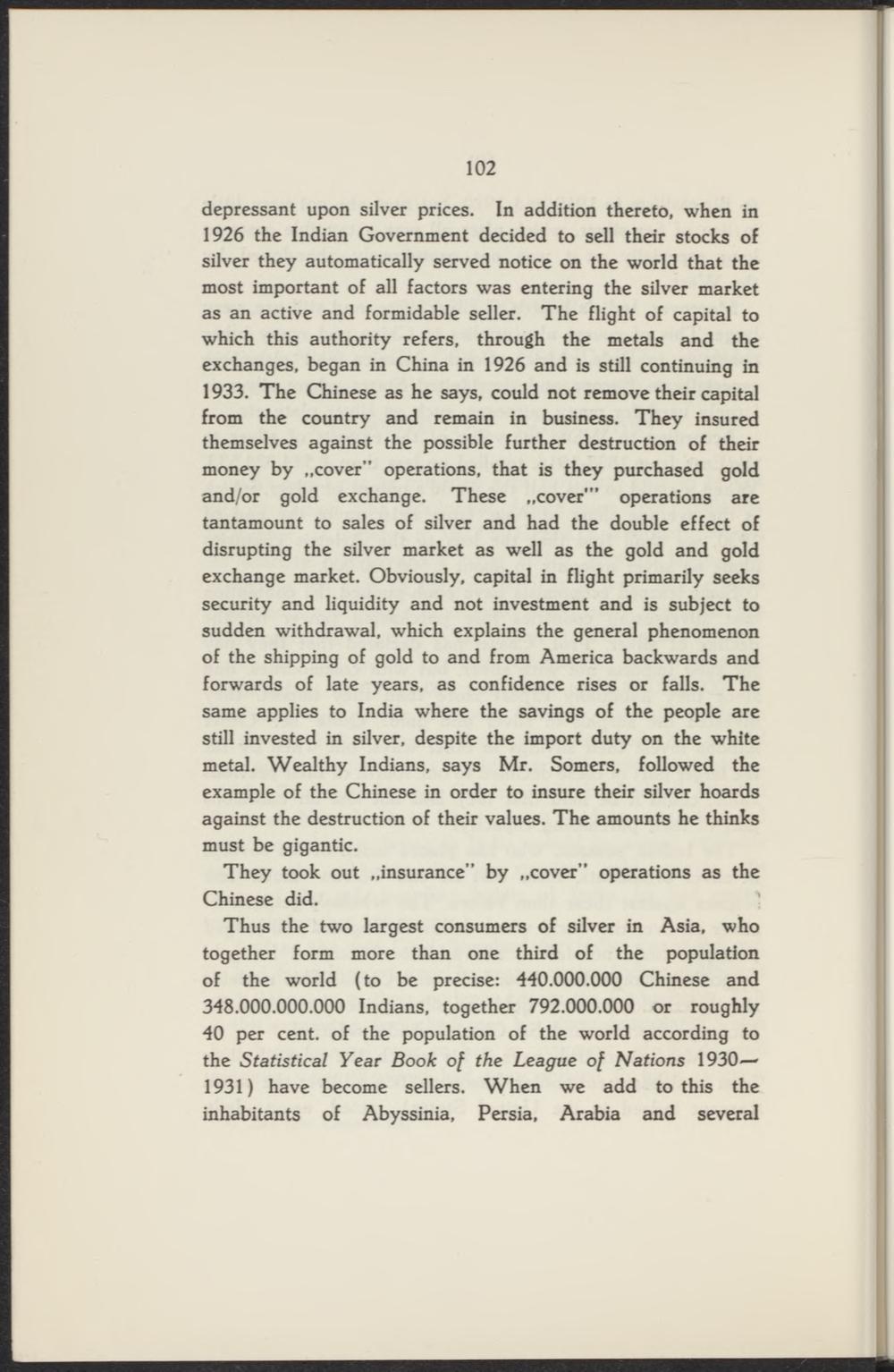 depressant upon silver prices. In addition thereto, when in 1926 the Indian Government decided to sell their stocks of silver they automatically served notice on the world that the most important of all factors was entering the silver market as an active and formidable seller. The flight of capital to which this authority refers, through the metais and the exchanges, began in China in 1926 and is still continuing in 1933. The Chinese as he says, could not remove their capital from the country and rem ai n in business. They insured themselves against the possible further destruction of their money by „cover" operations. that is they purchased gold and/or gold exchange. These „cover"" operations are tantamount to sales of silver and had the doublé effect of disrupting the silver market as well as the gold and gold exchange market. Obviously. capital in flight primarily seeks security and liquidity and not investment and is subject to sudden withdrawal, which explains the general phenomenon of the shipping of gold to and from America backwards and forwards of late years. as confidence rises or falls. The same applies to India where the savings of the people are still invested in silver, despite the import duty on the white metal. Wealthy Indians, says Mr. Somers. followed the example of the Chinese in order to insure their silver hoards against the destruction of their values. The amounts he thinks must be gigantic.

They took out „insurance" by „cover" operations as the Chinese did.

Thus the two largest consumers of silver in Asia, who together form more than one third of the population of the world (to be prerise: 440.000.000 Chinese and 348.000.000.000 Indians, together 792.000.000 or roughly 40 per cent. of the population of the world according to the Statistical Year Book of the League of Nations 1930— 1931) have become sellers. 'When we add to this the inhabitants of Abyssinia, Persia, Arabia and several