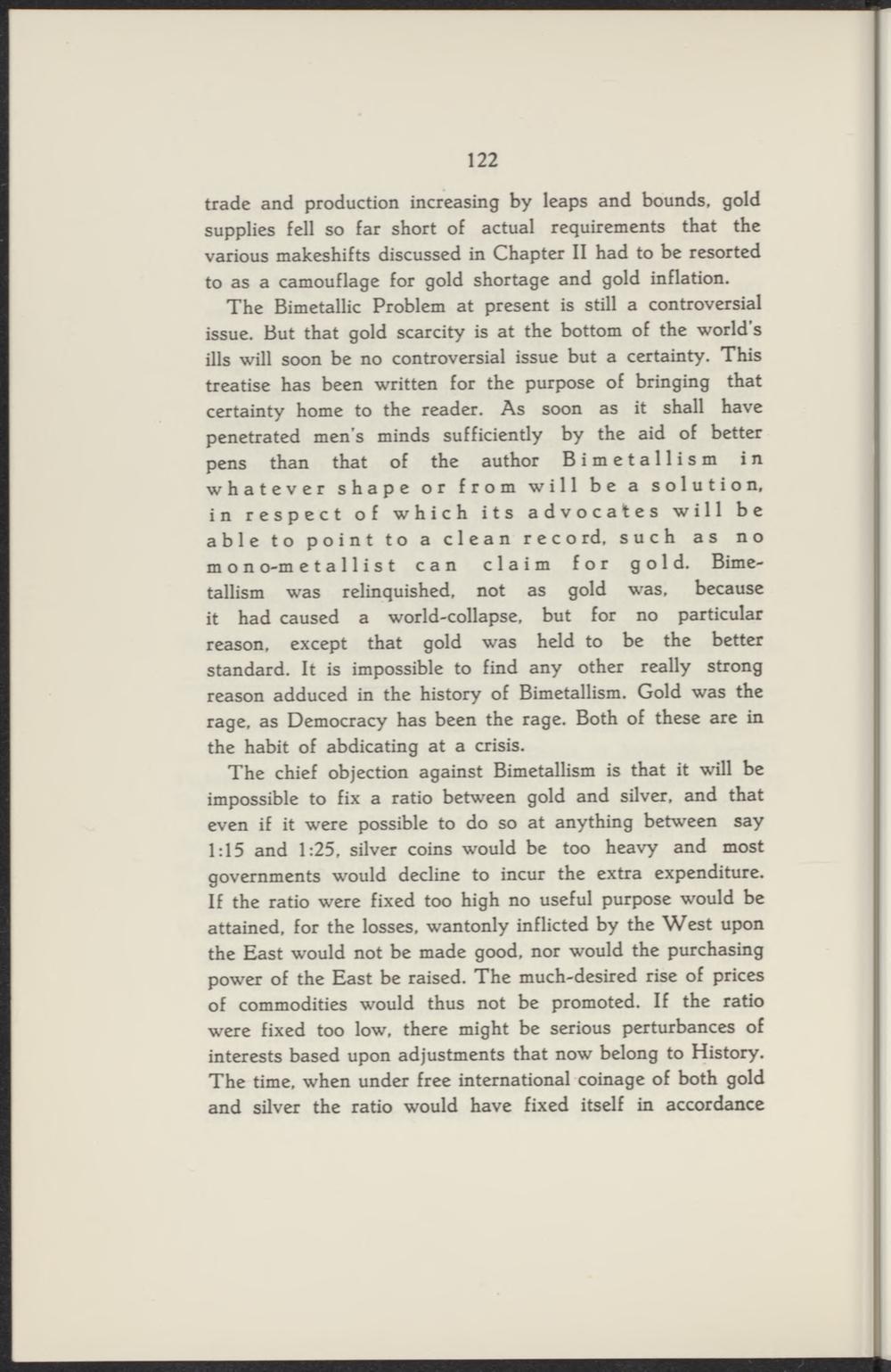 trade and production increasing by leaps and bounds, gold supplies feil so far short of actual requirements that the various makeshifts discussed in Chapter II had to be resorted to as a camouflage for gold shortage and gold inflation.

The Bimetallic Problem at present is still a controversial issue. But that gold scarcity is at the bottom of the world's ills will soon be no controversial issue but a certainty. This treatise has been written for the purpose of bringing that certainty home to the reader. As soon as it shall have penetrated mens minds sufficiently by the aid of better pens than that of the author Bimetallism in whatever shape or from will be a solution, in respect of which its advocates will be able to point to a clean record, such as no m o n o-m etallist can claim for gold. Bimetallism was relinquished, not as gold was, because it had caused a world-collapse, but for no particular reason, except that gold was held to be the better Standard. It is impossible to find any other really strong reason adduced in the history of Bimetallism. Gold was the rage, as Democracy has been the rage. Both of these are in the habit of abdicating at a crisis.

The chief objection against Bimetallism is that it will be impossible to fix a ratio between gold and silver, and that even if it were possible to do so at anything between say 1:15 and 1:25, silver coins would be too heavy and most governments would decline to incur the extra expenditure. If the ratio were fixed too high no useful purpose would be attained, for the losses, wantonly infhcted by the West upon the East would not be made good, nor would the purchasing power of the East be raised. The much-desired rise of prices of commodities would thus not be promoted. If the ratio were fixed too low, there might be serious perturbances of interests based upon adjustments that now belong to History. The time, when under free international coinage of both gold and silver the ratio would have fixed itself in accordance