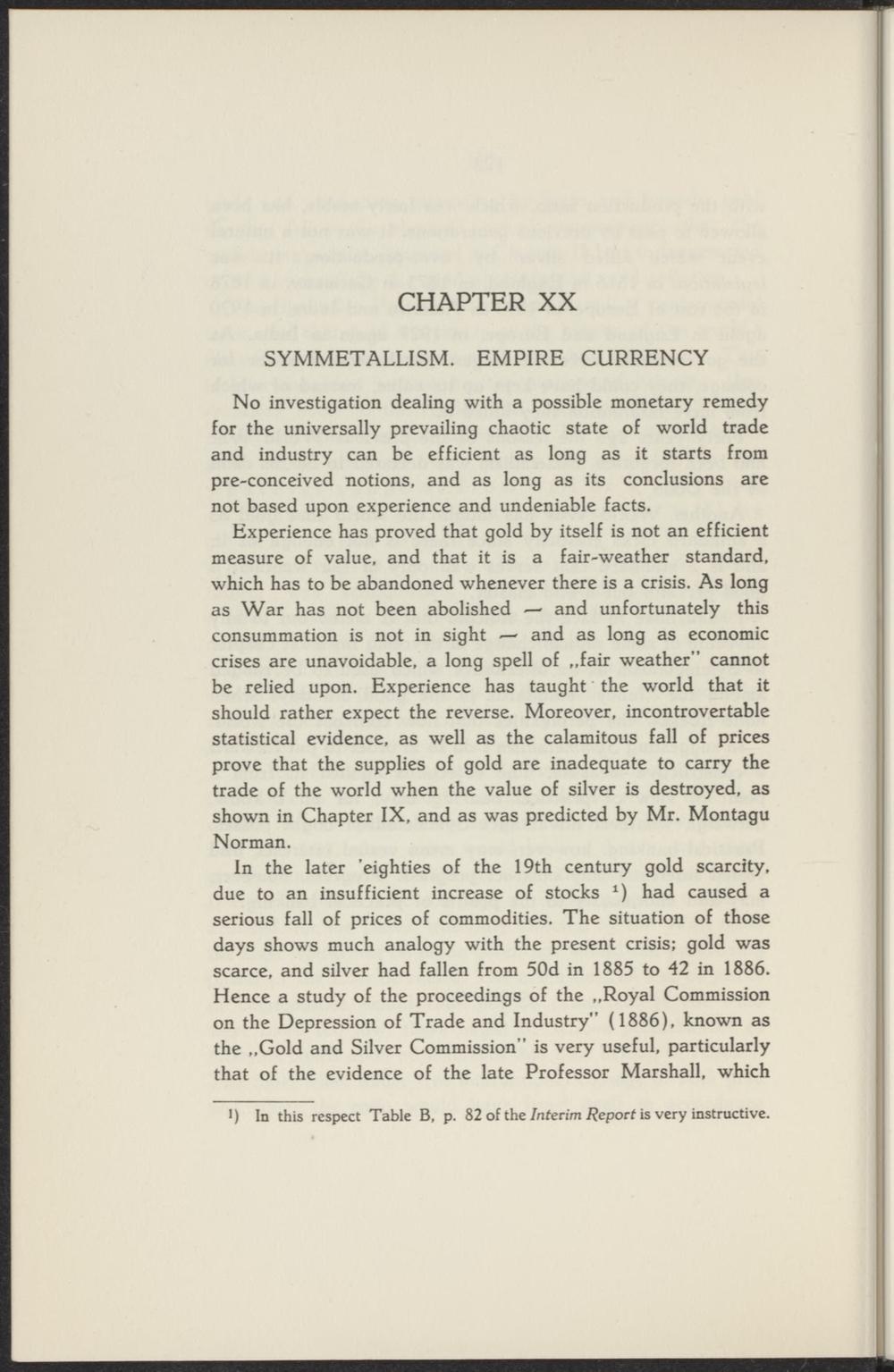 No investigation deal in g with a possible monetary remedy for the universally prevailing chaotic state of world trade and industry can be efficiënt as long as it starts from pre-conceived notions, and as long as its conclusions are not based upon experience and undeniable facts.

Experience has proved that gold by itself is not an efficiënt measure of value. and that it is a fair-weather Standard, which has to be abandoned whenever there is a crisis. As long as War has not been abolished ■— and unfortunately this consummation is not in sight — and as long as economie crises are unavoidable, a long spell of ..fair weather" cannot be relied upon. Experience has taught' the world that it should rather ex peet the reverse. Moreover, incontrovertable statistical evidence, as well as the calamitous fall of prices prove that the supplies of gold are inadequate to carry the trade of the world when the value of silver is destroyed, as shown in Chapter IX. and as was predicted by Mr. Montagu Norman.

In the later 'eighties of the 19th century gold scarcity. due to an insufficiënt increase of stocks *) had caused a serious fall of prices of commodities. The situation of those days shows much analogy with the present crisis; gold was scarce. and silver had fallen from 50d in 1885 to 42 in 1886. Hence a study of the proceedings óf the „Royal Commission on the Depression of Trade and Industry" (1886), known as the „Gold and Silver Commission" is very useful, particularly that of the evidence of the late Professor Marshall, which

1) In this respect Table B, p. 82 of the Interim Report is very instructive.