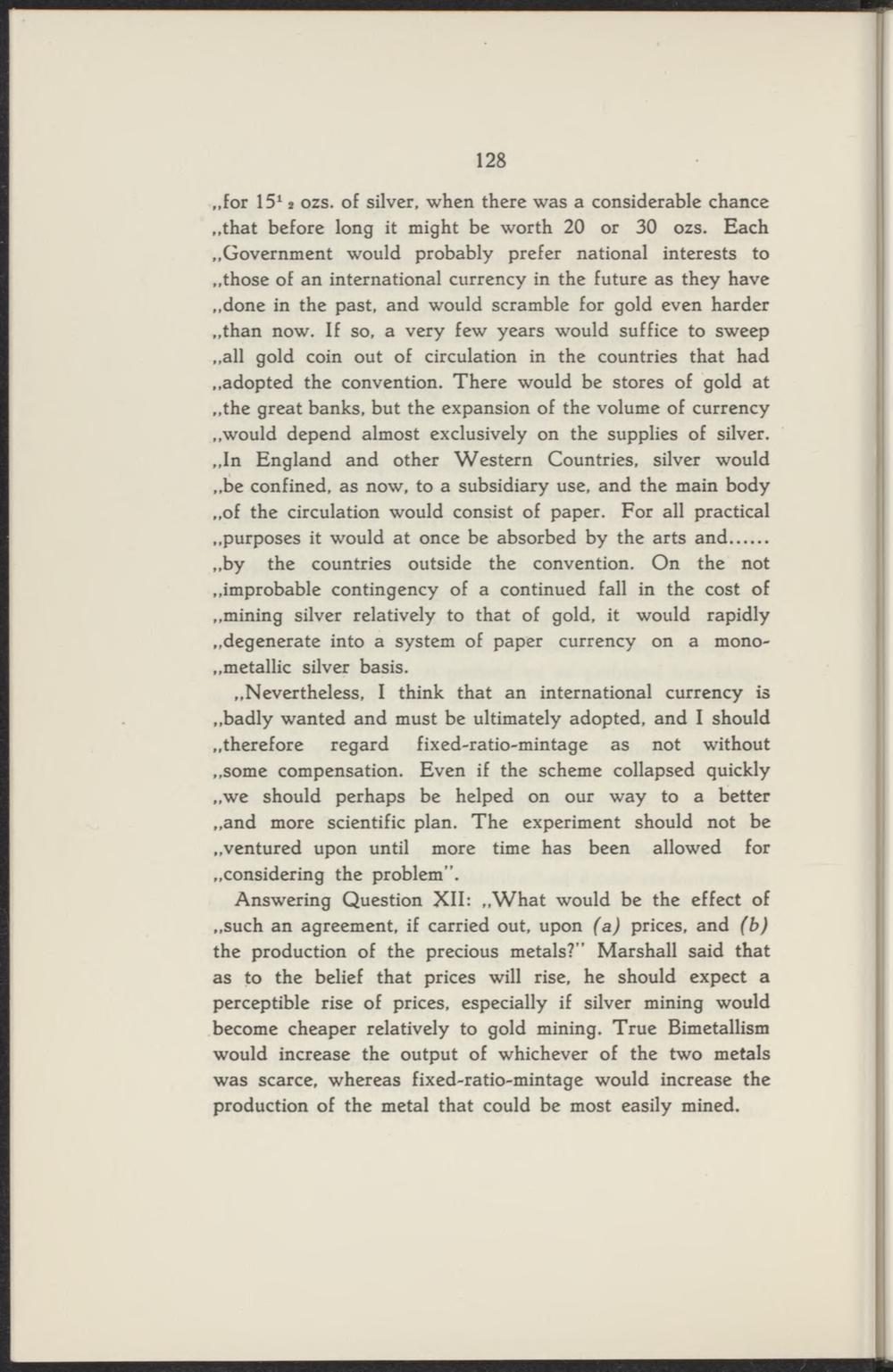 „for 1512 ozs. of silver, when there was a considerable chance „that before long it might be worth 20 or 30 ozs. Each „Government would probably prefer national interests to „those of an international currency in the future as they have „done in the past, and would scramble for gold even harder „than now. If so, a very few years would suffice to sweep „all gold coin out of circulation in the countries that had „adopted the convention. There would be stores of gold at „the great banks, but the expansion of the volume of currency „would depend almost exclusively on the supplies of silver. „In England and other Western Countries, silver would ,,be confined, as now, to a subsidiary use, and the main body „of the circulation would consist of paper. For all practical

„purposes it would at once be absorbed by the arts and

„by the countries outside the convention. On the not „improbable contingency of a continued fall in the cost of „mining silver relatively to that of gold, it would rapidly „degenerate into a system of paper currency on a mono,,metallic silver basis.

„Nevertheless, I think that an international currency is „badly wanted and must be ultimately adopted, and I should „therefore regard fixed-ratio-mintage as not without „some compensation. Even if the scheme collapsed quickly „we should perhaps be helped on our way to a better „and more scientific plan. The experiment should not be „ventured upon until more time has been allowed for „considering the problem".

Answering Question XII: „What would be the effect of „Such an agreement, if carried out, upon (a) prices, and (b) the production of the precious metais?" Marshall said that as to the belief that prices will rise, he should expect a perceptible rise of prices, especially if silver mining would become cheaper relatively to gold mining. True Bimetallism would increase the output of whichever of the two metais was scarce, whereas fixed-ratio-mintage would increase the production of the metal that could be most easily mined.