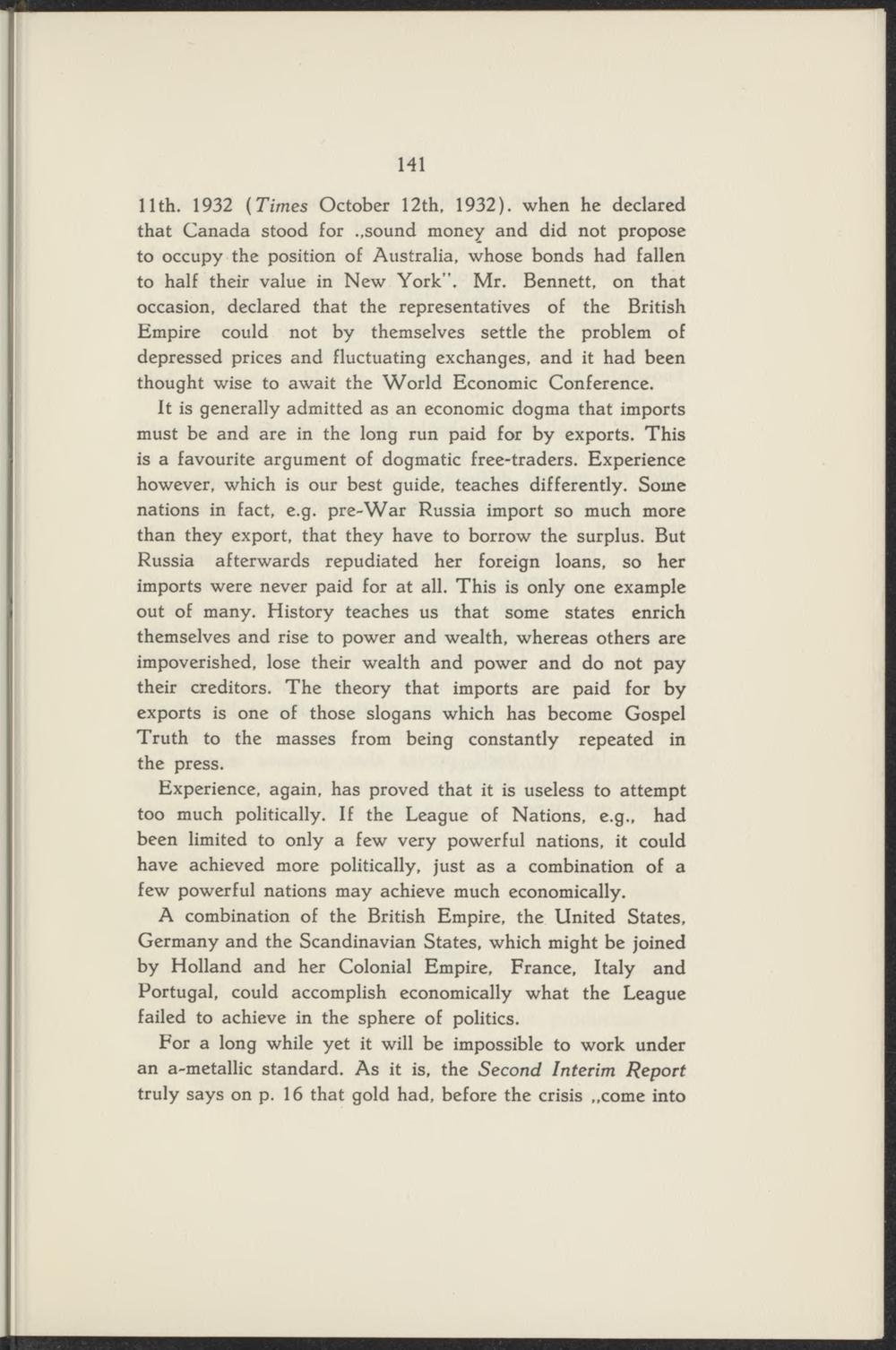 llth. 1932 {Times October 12th, 1932). when he declared that Canada stood for ..sound money and did not propose to occupy the position of Australia, whose bonds had f allen to half their value in New York". Mr. Bennett, on that occasion, declared that the representatives of the British Empire could not by themselves settle the problem of depressed prices and fluctuating exchanges, and it had been thought wise to await the World Economie Conference.

It is generally admitted as an economie dogma that imports must be and are in the long run paid for by exports. This is a favourite argument of dogmatic free-traders. Experience however, which is our best guide, teaches differently. Some nations in fact, e.g. pre-War Russia import so much more than they export, that they have to borrow the surplus. But Russia afterwards repudiated her foreign loans, so her imports were never paid for at all. This is only one example out of many. History teaches us that some states enrich themselves and rise to power and wealth. whereas others are impoverished, lose their wealth and power and do not pay their creditors. The theory that imports are paid for by exports is one of those slogans which has become Gospel Truth to the masses from being constantly repeated in the press.

Experience, again, has proved that it is useless to attempt too much politically. If the League of Nations, e.g., had been limited to only a few very powerful nations, it could have achieved more politically, just as a combination of a few powerful nations may achieve much economically.

A combination of the British Empire, the United States, Germany and the Scandinavian States, which might be joined by Holland and her Colonial Empire, France, Italy and Portugal, could accomplish economically what the League failed to achieve in the sphere of politics.

For a long whüe yet it will be impossible to work under an a-metallic Standard. As it is, the Second Interim Report truly says on p. 16 that gold had, before the crisis „come into