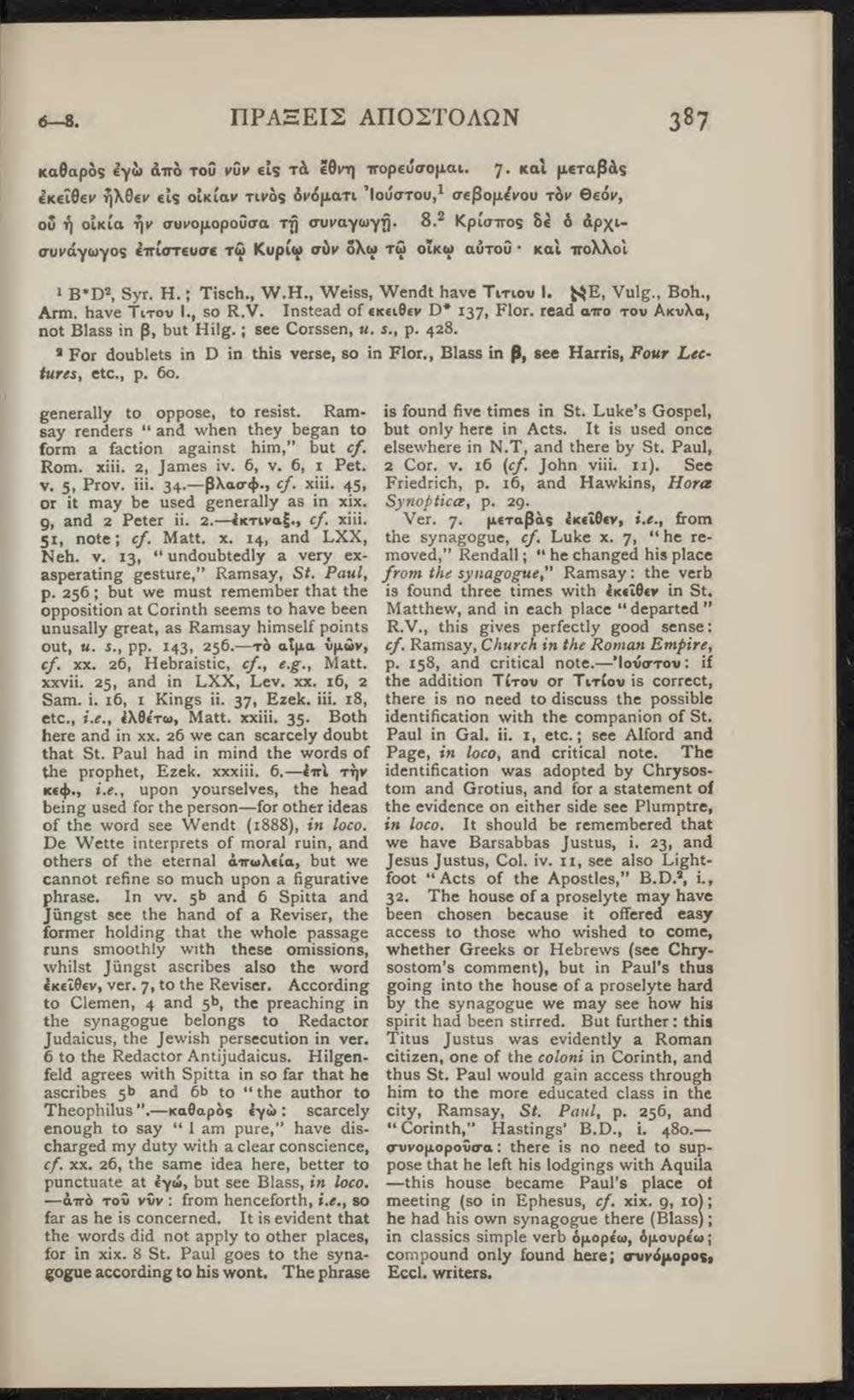 Ver. 7. pcTafSas ^kcIOcv, i.e.t from the synagogue, cf. Luke x. 7, 44 he removed," Rendall; 44 he changed his place from the synagogueRamsay: the verb is found three times with £k«I0€v in St. Matthew, and in each place 44 departed " R.V., this gives perfectly good sense: cf. Ramsay, Church in the Roman Empire, p. 158, and critical note.—'lovertov : if the addition Titov or TitCov is correct, there is no need to discuss the possible identification with the companion of St. Paul in Gal. ii. 1, etc.; see Alford and Page, in loco, and critical note. The identification was adopted by Chrysostom and Grotius, and for a statement of the evidence on either side see Plumptre, in loco. It should be remembered that we have Barsabbas Justus, i. 23, and Jesus Justus, Col. iv. 11, see also Lightfoot 44 Acts of the Apostles," B.D.2, i., 32. The house of a proselyte may have been chosen because it offered easy access to those who wished to come, whether Greeks or Hebrews (see Chrysostom's comment), but in Paul's thus going into the house of a proselyte hard by the synagogue we may see how his spirit had been stirred. But further: this Titus Justus was evidently a Roman citizen, one of the coloni in Corinth, and thus St. Paul would gain access through him to the more educated class in the city, Ramsay, St. Paul, p. 256, and "Corinth," Hastings' B.D., i. 480.— grvvo|xopov0*a: there is no need to suppose that he left his lodgings with Aquila —this house became Paul's place ol meeting (so in Ephesus, cf. xix. 9, \o\; he had his own synagogue there (Blass); in classics simple verb ó}iop€(i>, ófiovpcto; compound only found here; <ruv4jiopost Eccl. writers.