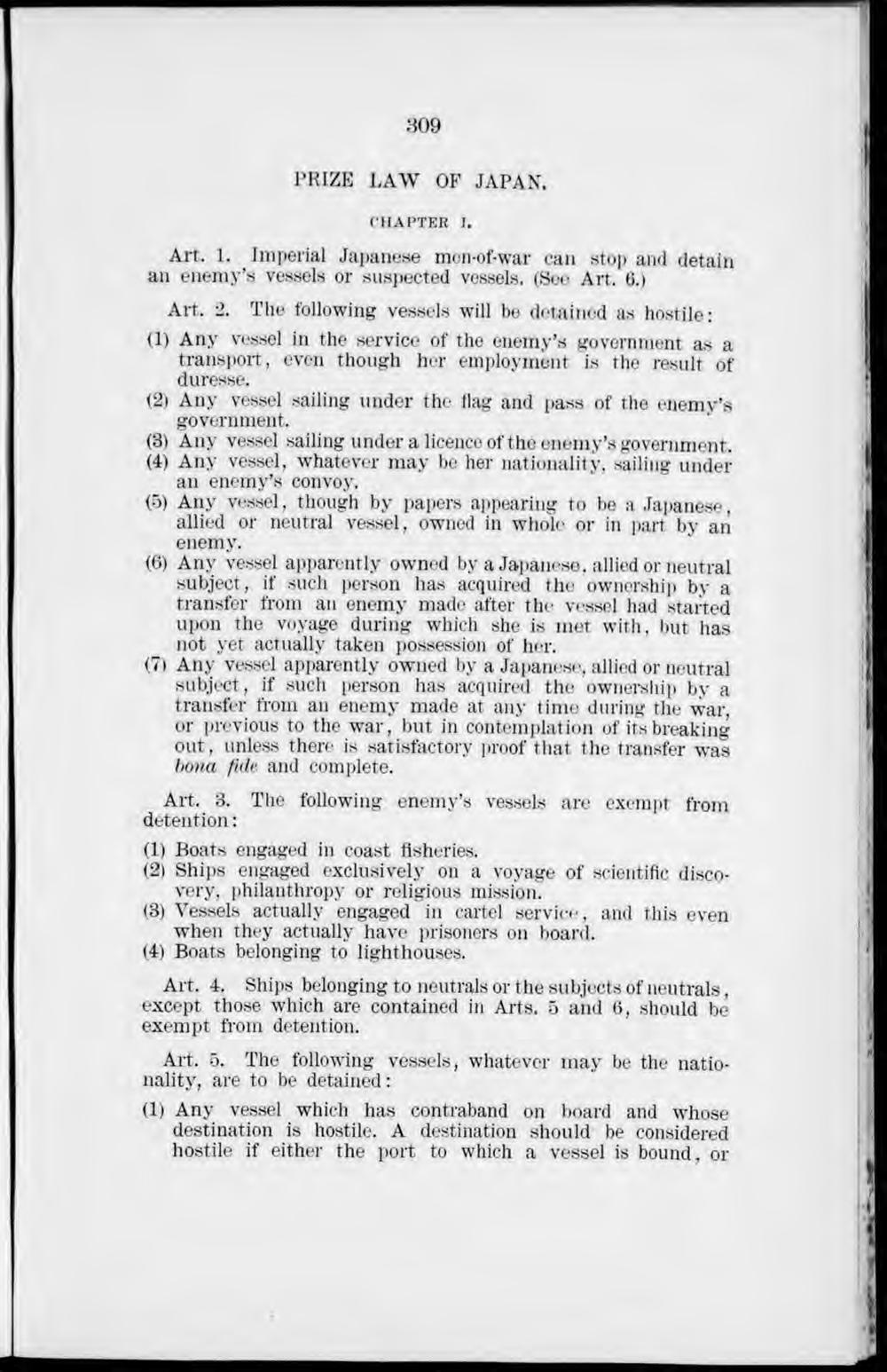 Art. 2. The following vessels will be detained as hostile:

(1) Any vessel in the service of the enemy's government as a transport, even though her employment is the result of duresse.

(2) Any vessel sailing under the flag and pass of the enemy's government.

(3) Any vessel sailing under a licence of the enemy's government.

(4) Any vessel, whatever may be her nationality, sailing under an enemy's convoy.

(5) Any vessel, though by papers appearing to be a Japanese, allied or neutral vessel, owned in whole or in part by an enemy.

(6) Any vessel apparently owned by a Japanese, allied or neutral subject, if such person has acquired the ownership by a transfer from an enemy made after the vessel had started upon the voyage during which she is met with, but has not yet actually taken possession of her.

(7) Any vessel apparently owned by a Japanese, allied or neutral subject , if such person has acquired the ownership by a transfer from an enemy made at any time during the war, or previous to the war, but in contemplation of its breaking out, unless there is satisfactory proof that the transfer was bona fide and complete.

Art. 3. The following enemy's vessels are exempt from detention:

(2) Ships engaged exclusively on a voyage of scientific discovery, philanthropy or religious mission.

(3) Vessels actually engaged in cartel service, and this even when they actually have prisoners on board.

Art. 4. Ships belonging to neutrals or the subjects of neutrals, except those which are contained in Arts. 5 and 6, should be exempt from detention.

Art. 5. The following vessels, whatever may be the nationality, are to be detained:

(1) Any vessel which has contraband on board and whose destination is hostile. A destination should be considered hostile if either the port to which a vessel is bound, or