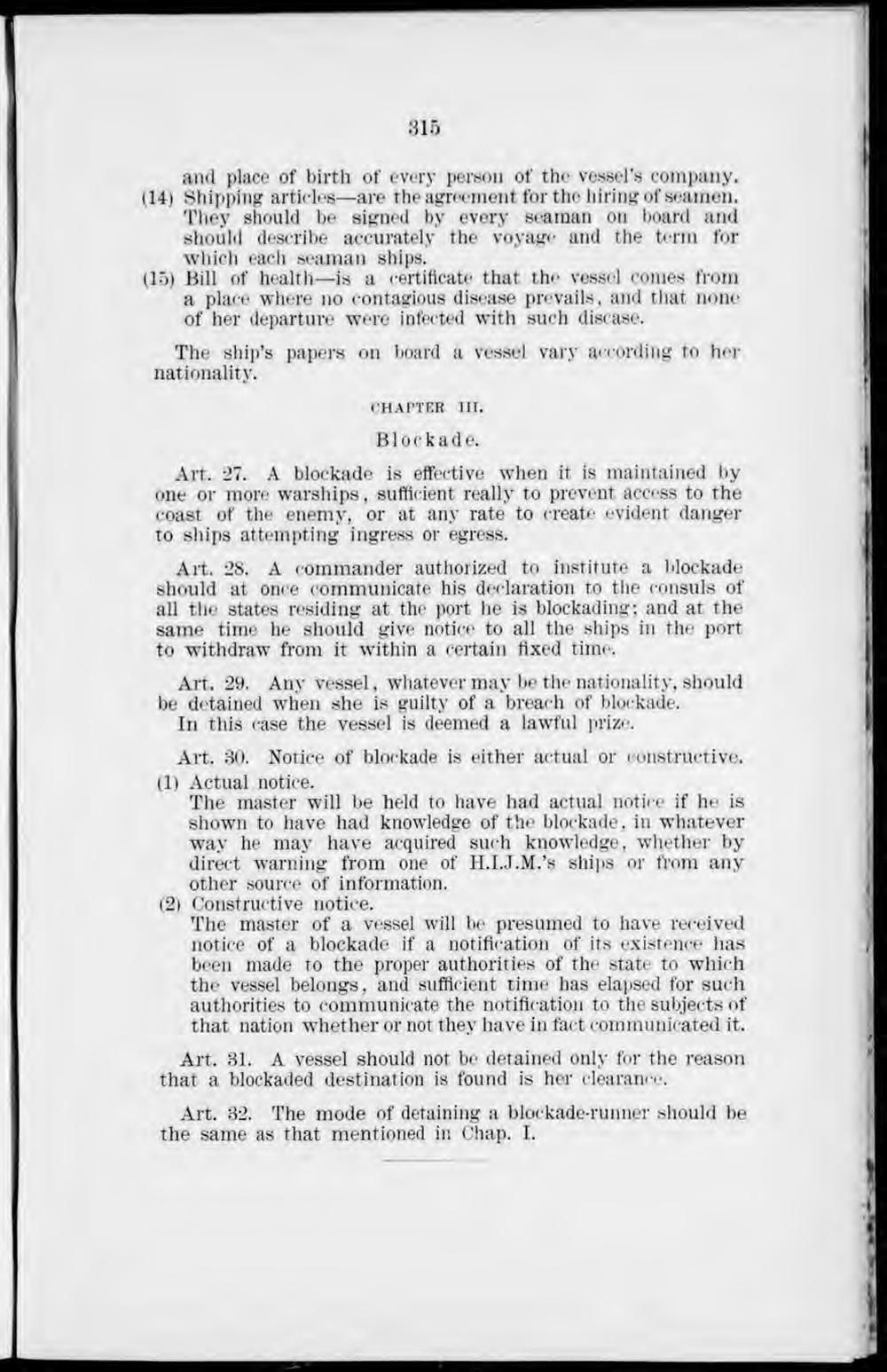 and place of birth of every person of the vessel's company.

(14) Shipping articles—are the agreement for the hiring of seamen. They should be signed by every searaan on board and should describe accurately the voyage and the term for which each seaman ships.

(15) Bill of health—is a certiflcate that the vessel comes from a place where no contagious disease prevails, and that none of her departure were infected with such discase.

The ship's papers on board a vessel vary according to her nationality.

Art. 27. A blockade is effective when it is maintained by one or more warships, sufficiënt really to prevent access to the coast of the enemy, or at any rate to create evident danger to ships attempting ingress or egress.

Art. 28. A commander authorized to institute a blockade should at once communicate his declaration to the consuls of all the states residing at the port he is blockading; and at the same time he should give notice to all the ships in the port to withdraw from it with in a certain fixed time.

Art. 29. Any vessel, whatever may be the nationality, should be detained when she is guilty of a breach of blockade.

In this case the vessel is deemed a lawful prize.

Art. 30. Notice of blockade is either actual or constructive.

The master will be held to have had actual notice if he is shown to have had knowledge of the blockade, in whatever way he may have acquired such knowledge, whether by direct warning from one of H.I.J.M.'s ships or from any other source of information.

The master of a vessel will be presumed to have received notice of a blockade if a notification of its existence has been made to the proper authorities of the state to which the vessel belongs, and sufficiënt time has elapsed for such authorities to communicate the notification to the subjects of that nation whether or not they have in fact communicated it.

Art. 31. A vessel should not be detained only for the reason that a blockaded destination is found is her clearance.

Art. 32. The mode of detaining a blockade-runner should be the same as that mentioned in Chap. I.