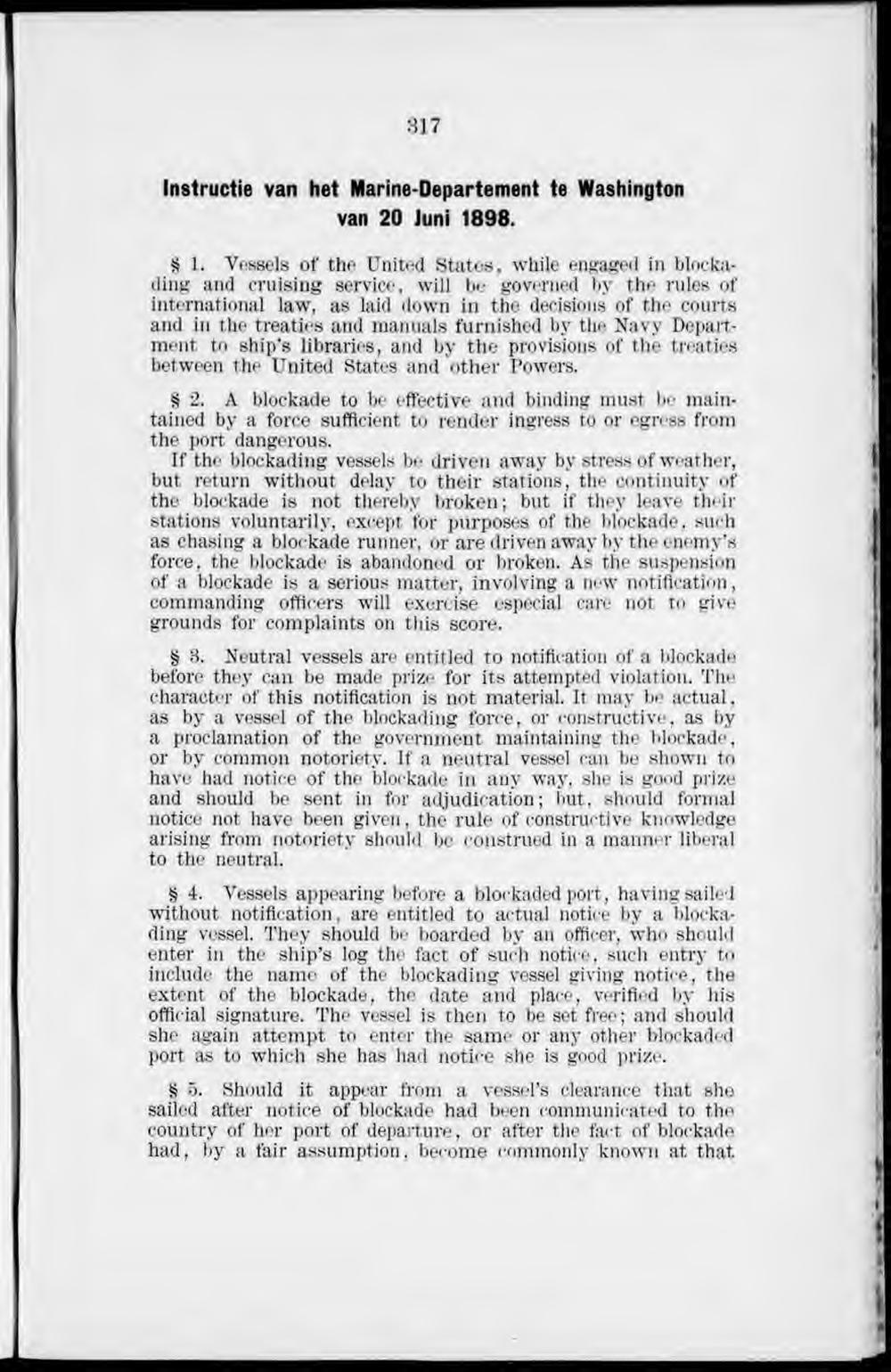 § 2. A blockade to be effective and binding must be maintained by a force sufficiënt to render ingress to or egress from the port dangerous.

§ 3. Neutral vessels are entitled to notification of a blockade before they can be made prize for its attempted violation. The character of this notification is not material. It may be actual, as by a vessel of the blockading force, or constructive, as by a proclamation of the government maintaining the blockade, or by common notoriety. If a neutral vessel can be shown to have had notice of the blockade in any way, she is good prize and should be sent in for adjudication; but, should formal notice not have been given, the rule of constructive knowledge arising from notoriety should be construed in a manner liberal to the neutral.

§ 4. Vessels appearing before a blockaded port, havingsailed without notification, are entitled to actual notice by a blockading vessel. They should be boarded by an officer, who should enter in the ship's log the fact of such notice, such entry to include the name of the blockading vessel giving notice, the extent of the blockade, the date and place, verified by his official signature. The vessel is then to be set free; and should she again attempt to enter the same or any other blockaded port as to which she has had notice she is good prize.

§ 5. Should it appear from a vessel's clearance that she sailed after notice of blockade had been communicated to the country of her port of departure, or after the fact of blockade had, by a fair assumption, become commonly known at that