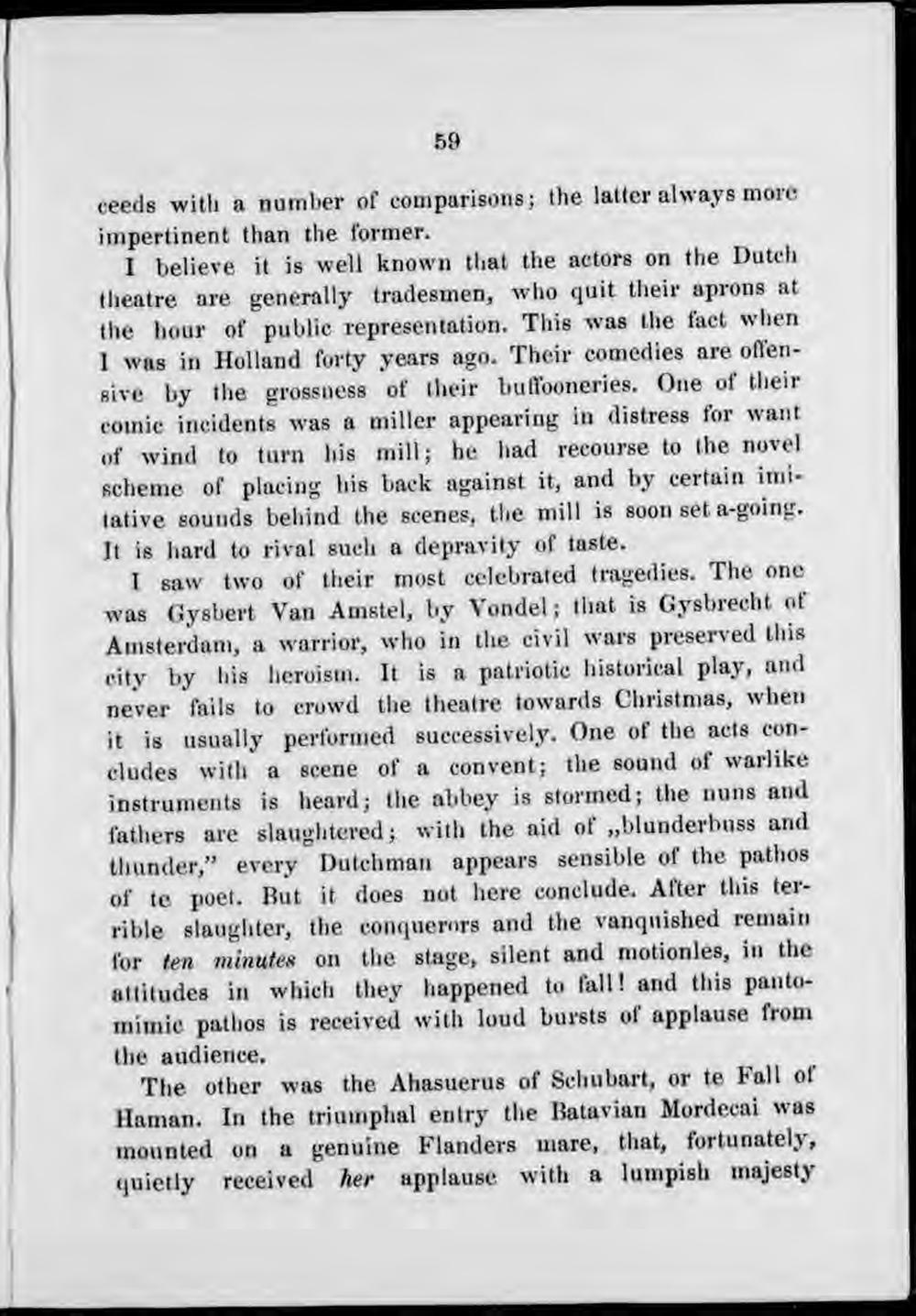 ceeds with a number of comparisons; the latter always more

impertinent than the former.

I believe it is well known that the actors on the Dutch theatre are generally tradesmen, who quit their aprons at the hour of public representation. This was the fact when I was in Holland forty years ago. Their comedies are ofïensive by the grossness of their buffooneries. One ot theii comic incidents was a miller appearing in distress for want of wind to turn his mill; he had recourse to the novel scheme of placing his back against it, and by certain ïnutative sounds behind the scenes, the mill is soon set a-going. It is hard to rival sucli a depravity of taste.

I saw two of their most celebrated tragedies. The one was Gysbert Van Amstel, by Vondel; that is Gysbrecht «t Amsterdam, a warrior, who in the civil wars preserved this city by his heroism. It is a patriotic historical play, and never fails to crowd the theatre towards Christmas, when it is usually performed successively. One of the acts concludes with a scene of a convent; the sound of warlike instruments is heard; the abbey is stormed; the nuns and fathers are slaughtered; with the aid ot „blunderbuss and thunder," every Dutchman appears sensible ot the pathos of te poet. But it does not here conclude. After this terrible slaughter, the conquerors and the vanquished remain for ten minutes on the stage, silent and motionles, in the attitudes in which they happened to fall! and this pantomimic pathos is received with loud bursts ot applause from the audience.

The other was the Ahasuerus of Schubart, or te tall o! Haman. In the triumphal entry the Batavian Mordecai was mounted on a genuine Flanders mare, that, fortunately, quietly received her applause with a lumpish majesty