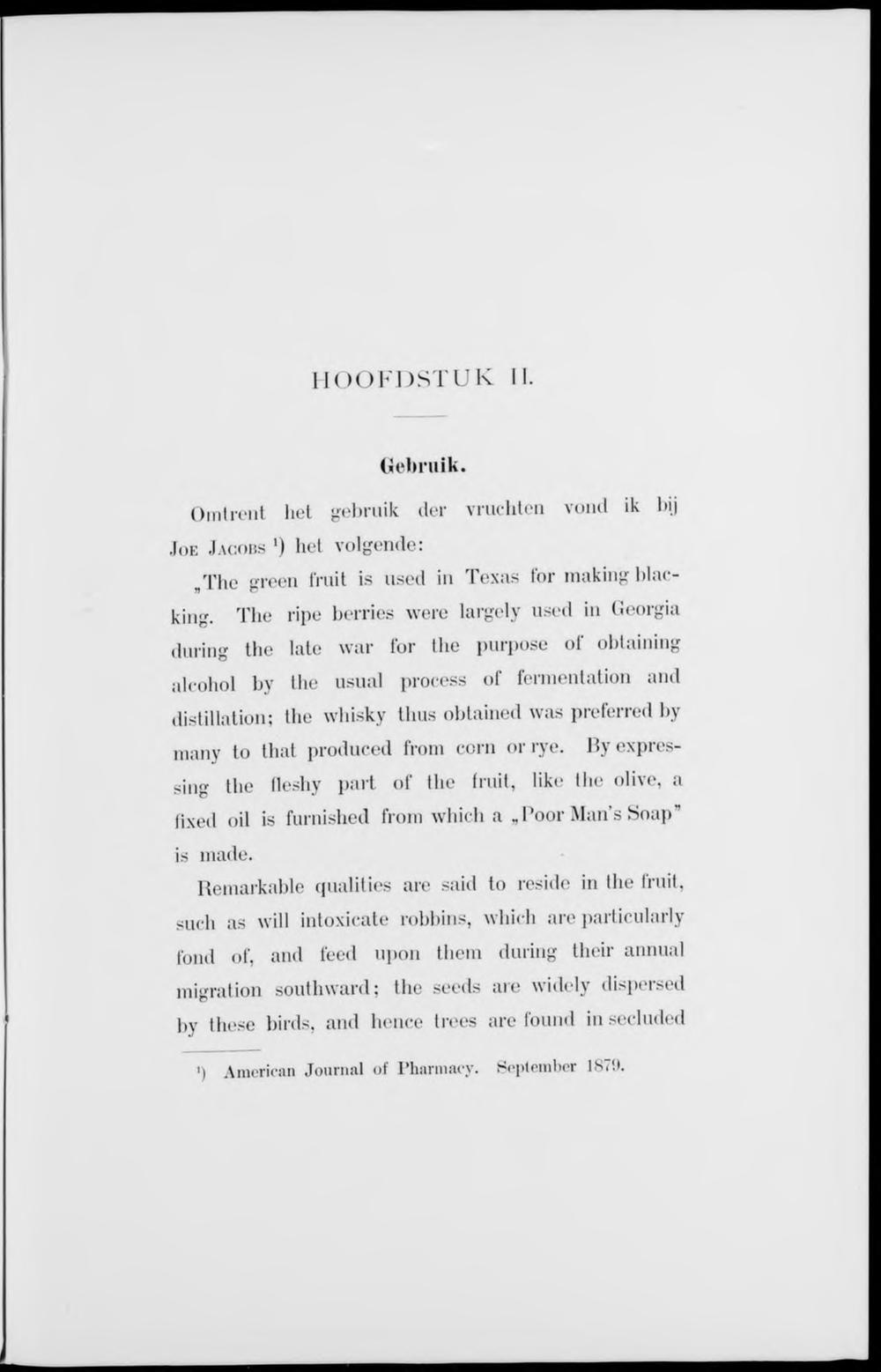 „The green fruit is used in Texas i'or making blackinjr. The ripe berries were largely used iii Georgia during the late war 1'or the purpose ot' obtaining alcohol by the usual process of fernientation and distillation; the whisky thus obtained was preferred by many to that produced from corn or rye. By expressi^ the lleshy part of the fruit, like the olive, a fixed oil is furnished from which a „ 1'oor Man s Soap is made.

Remarkable qualities are said to reside in the fruit, such as will intoxicate robbins, which are particularly fond of, and feed upon them during their annual migration southward; the seeds are widely dispersed by these birds, and hence trees are found in secluded