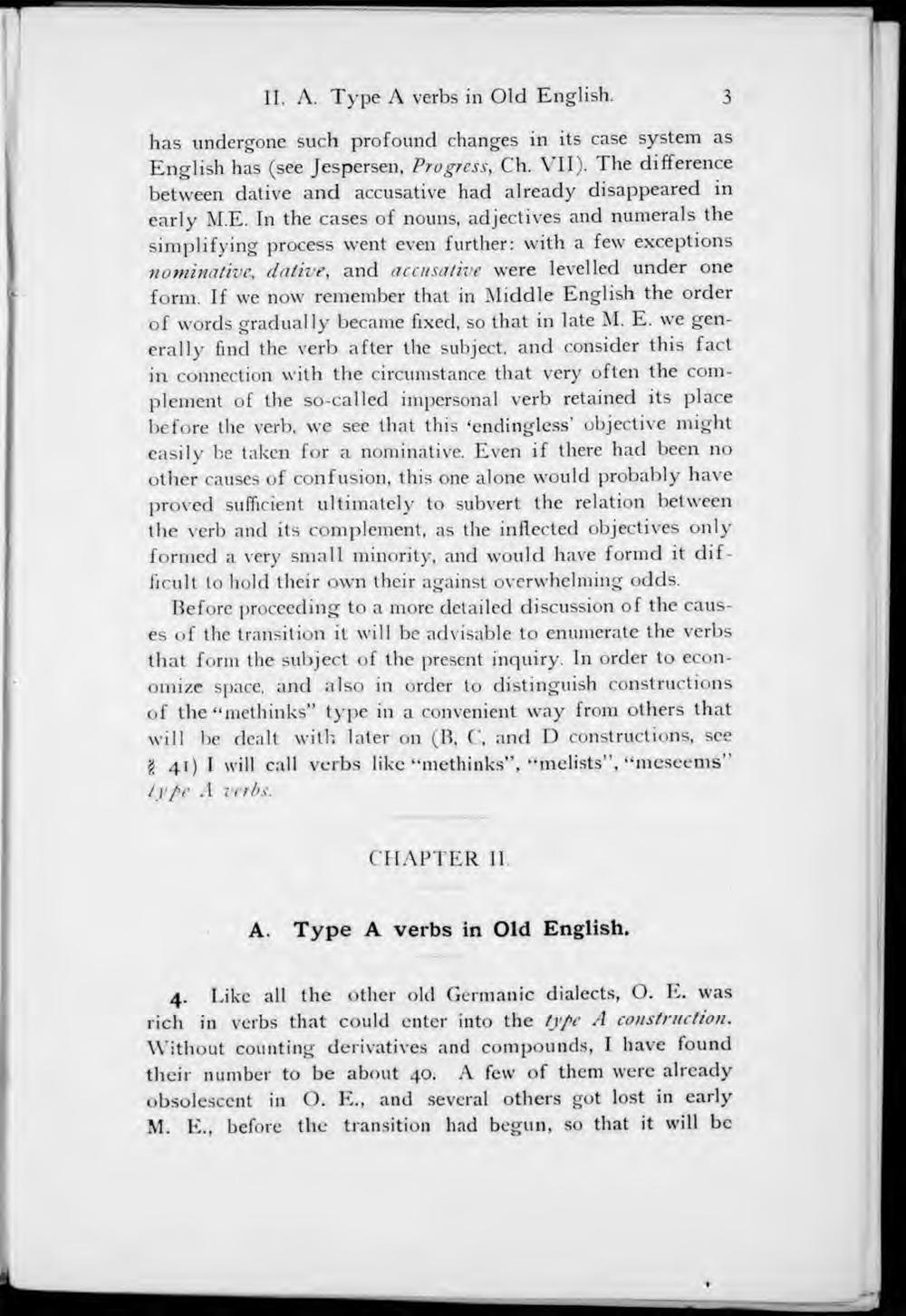 has undergone such profound changes in its case system as English has (see Jespersen, Progress, Ch. VII). The difference between dative and accusative had already disappeared in early M.E. In the cases of nouns, adjectives and numerals the simplifying process went even further: with a few exceptions nominative., dative, and accusative were levelled under one form. If we now remember that in Middle English the order of words gradually became fixed, so that in late M. E. we generally find the verb after the subject, and consider this fact in connection with the circumstance that very often the complement of the so-called impersonal verb retained its place before the verb, we see that this 'endingless' objective might easily be taken for a nominative. Even if there had been no other causes of confusion, this one alone would probably have proved sufficiënt ultimately to subvert the relation between the verb and its complement, as the inflected objectives only formed a very small minority, and would have formd it diflicult to hold their own their against overwhelming odds.

Before proceeding to a more detailed discussion of the causes of the transition it will be advisable to enumerate the verbs that form the subject of the present inquiry. In order to economize space, and also in order to distinguish constructions of the "methinks" type in a convenient way from others that will be dealt with later on (B, C, and D constructions, see j) 41) I will call verbs like "methinks", "melists", "meseems" type A verbs.

A. Type A verbs in Old English.

4. Like all the other old Germanic dialects, O. I"-. was rich in verbs that could enter into the type A construction. Without counting derivatives and compounds, I have found their number to be about 40. A few of them were already obsolescent in O. E., and several others got lost in early M. E., before the transition had begun, so that it will bc