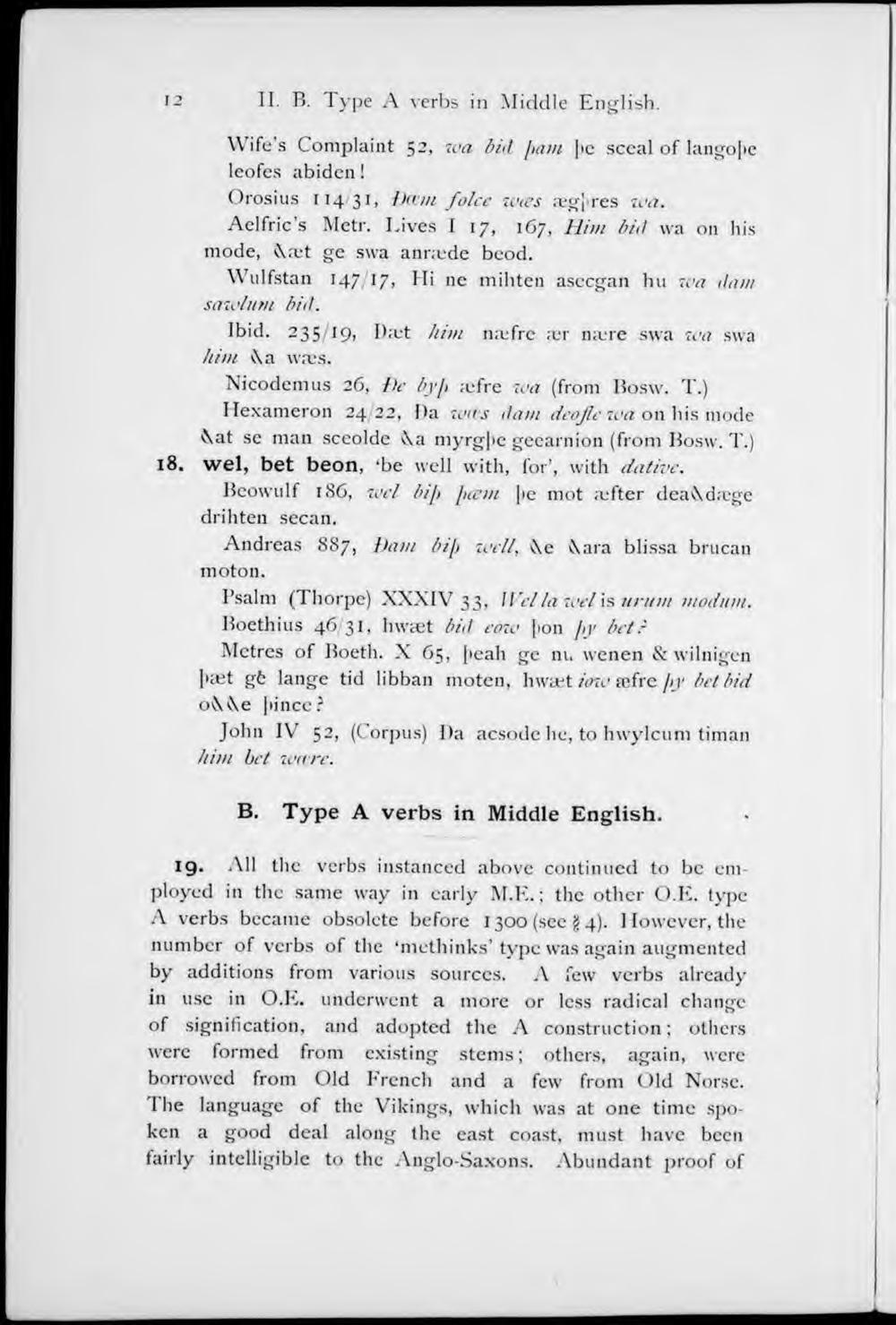 B. Type A verbs in Middle English.

19. All the verbs instanced above continued to be employed in the same way in carly M.E.; the othcr O.K. type A verbs became obsolete before 1300 (sec g 4). I lowever, the number of verbs of the 'methinks' type was again augmented by additions from various sources. A few verbs already in use in O.E. underwent a more or less radical change of signification, and adopted the A construction; others were formed from existing sterns; others, again, were borrowed from Old French and a few from Old Norse. 1 he language of the Vikings, which was at one time spoken a good deal along the east coast, must have been fairly intelligible to the Anglo-Saxons. Abundant proof of