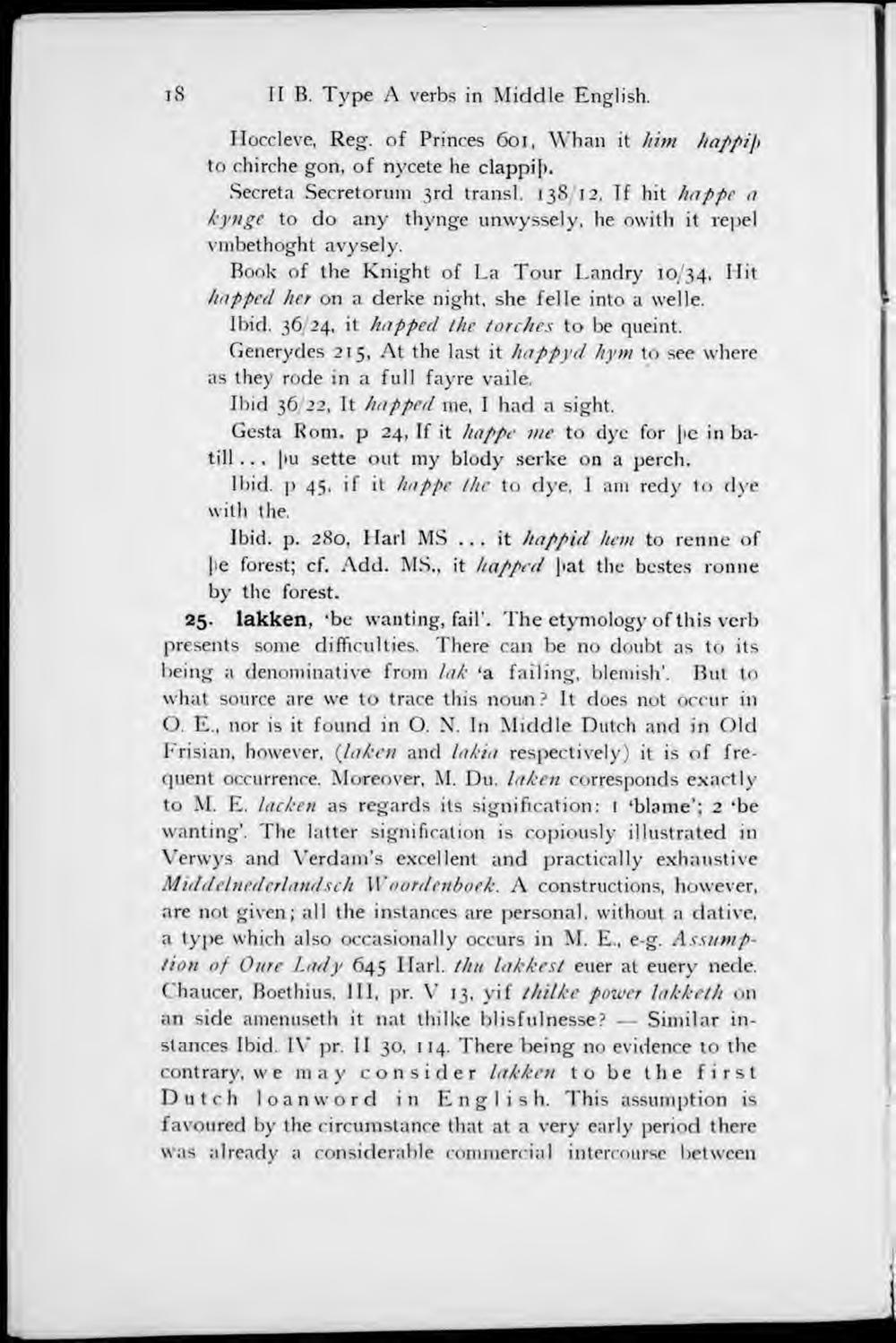 Secreta Secretorum 3rd transl. 138/12, If hit happe a kynge to do any thynge unwyssely, he owith it repel vmbethoght avysely.

Book of the Knight of La Tour Landry 10/34. Hit happed' her on a derke night, she felle into a vvelle.

Generydes 215. At the last it happyd hym to see where as they rode in a full fayre vaile.

25. lakken, 'be wanting, fail'. The etymology of this verb presents some difficulties. There can be no doubt as to its being a denominative from lak 'a failing, blemish'. But to what source are we to tracé this nou.n ? It does not occur in O. E., nor is it found in O. N. In Middle Dutch and in Old Frisian, however, (laken and lakia respectively) it is of frequent occurrence. Moreover, M. Du. laken corresponds exactly to M. E. lacken as regards its signification: 1 'blame'; 2 'be wanting'. The latter signification is copiously illustrated in Verwys and Verdam's excellent and practically exhaustive Middelnederlandsch Woordenboek. A constructions, however, are not given; all the instances are personal, without a dative, a type which also occasionally occurs in M. E., e-g. Assitmption of Otire Lady 645 Harl. thu lakkest euer at euery nede. Chaucer, Boethius, III, pr. V 13, yif ihilke power lakketh on an side amenuseth it nat thilke blisfulnesse? — Siniilar instances Ibid. IV pr. II 30, 114. There being no evidence to the contrary, we may consider lakken to be the first Dutch loanword in English. This assumption is favoured by the circumstance that at a very early period there was already a considerable commercial intercourse between