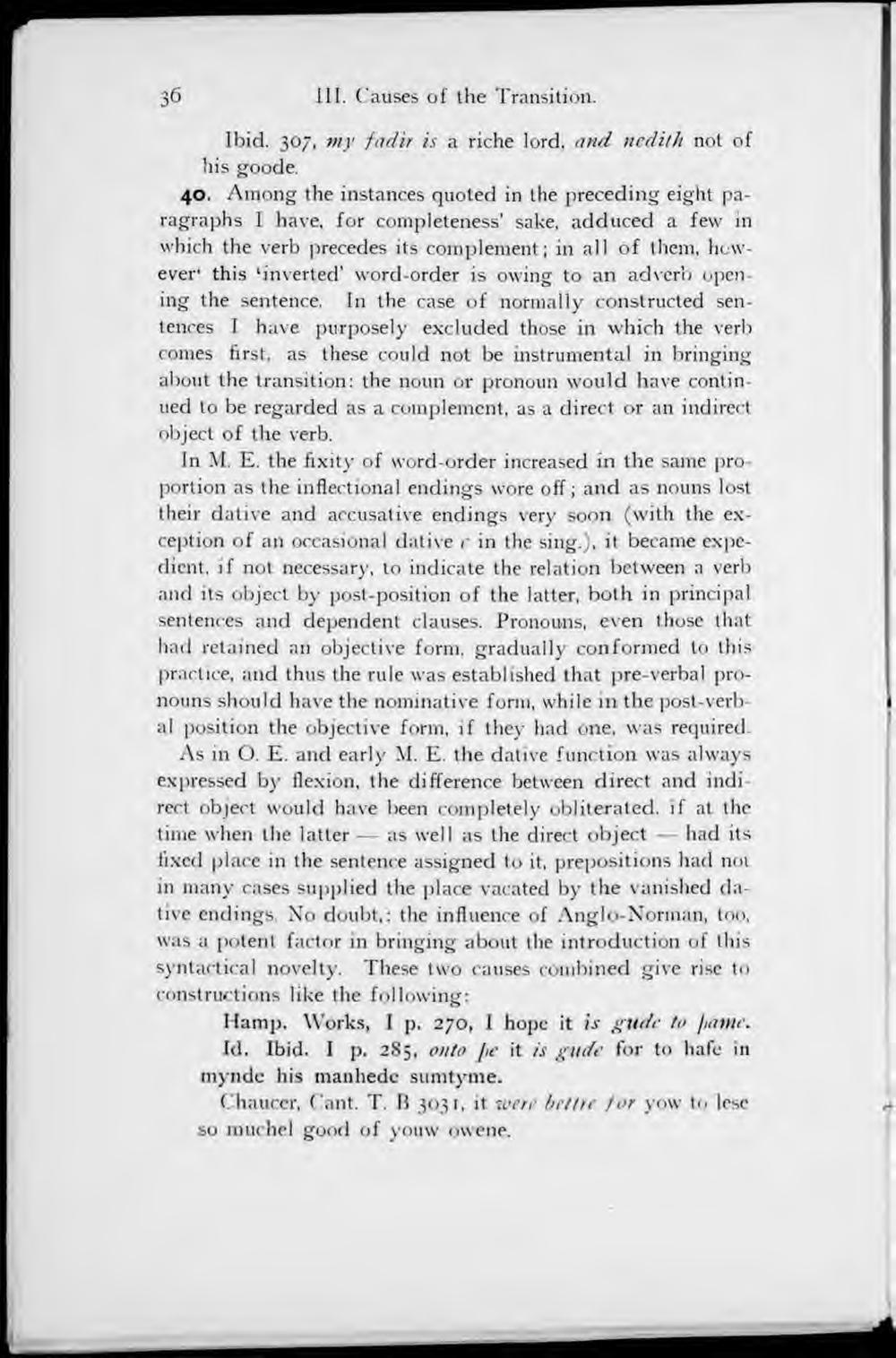 40. Among the instances quoted in the preceding eight paragraphs I have, for completeness' sake, adduced a few in which the verb precedes its complement; in all of them, however' this 'inverted' word-order is owing to an ad verb opening the sentence. In the case of nonnally constructed sentences I have purposely excluded those in which the verb comes first, as these could not be instrumental in bringing about the transition: the noun or pronoun would have continued to be regarded as a complement, as a direct or an indirect object of the verb.

In M. E. the fixity of word-order increased in the same proportion as the inflectional endings wore off; and as nouns lost their dative and accusative endings very soon (vvith the exception of an occasional dative c in the sing.), it became expedient, if not necessary, to indicate the relation between a verb and its object by post-position of the latter, both in principal sentences and dependent clauses. Pronouns, even those tliat had retained an objective form, gradually conformed to this practice, and thus the rule was established that pre-verbal pronouns should have the nominative form, while in the post-verbal position the objective form, if they had one, was required.

As in O. E. and early M. E. the dative function was always expressed by flexion, the difference between direct and indirect object would have been completely obliterated, if at the time when the latter — as well as the direct object — had its tixed place in the sentence assigned to it, prepositions had not in many cases supplied the place vacated by the vanished dative endings. No doubt,: the influence of Anglo-Norman, too, was a potent factor in bringing about the introduction of this syntactical novelty. These two causes combined give rise to constructions like the following: