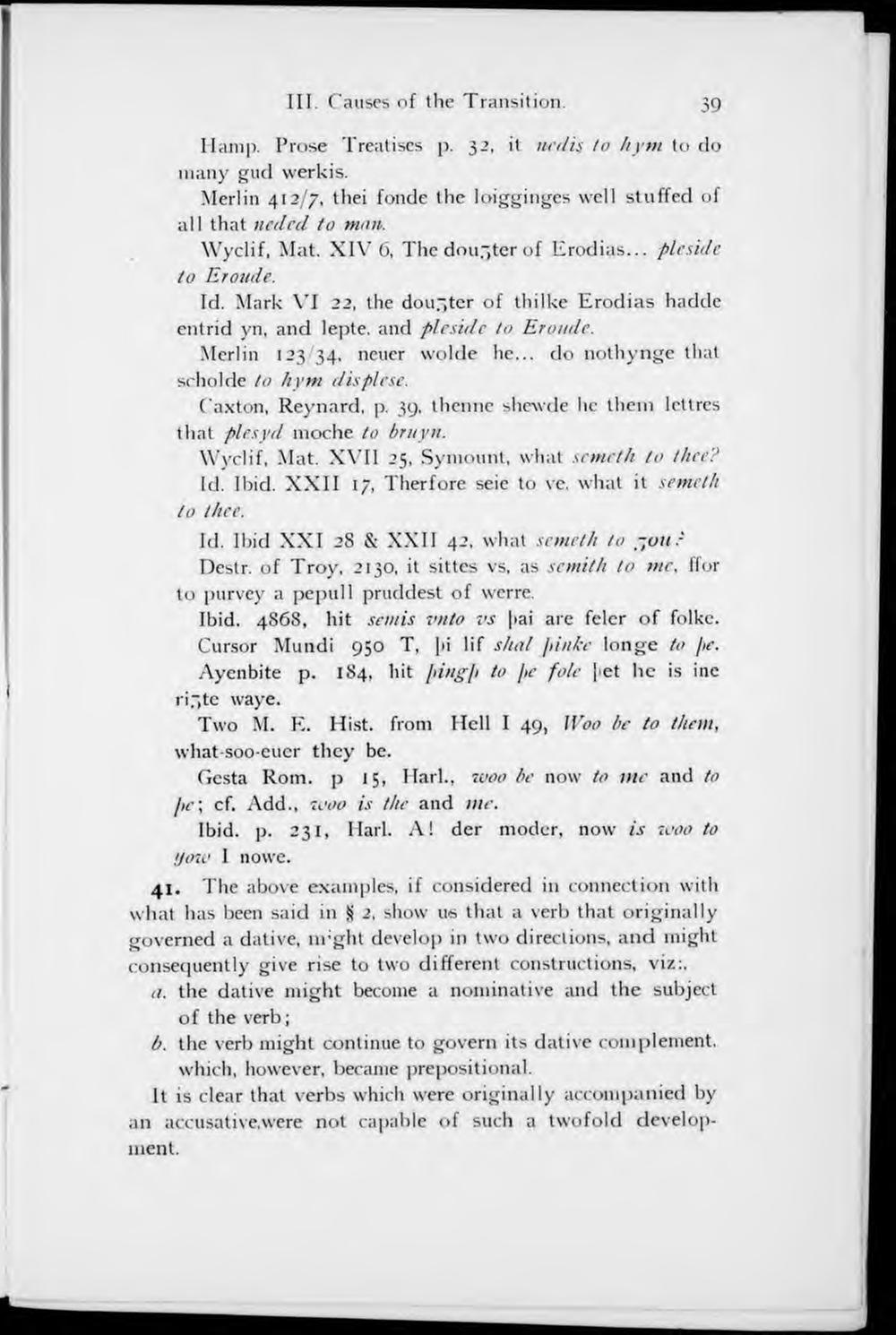 Hamp. Prose Treatises p. 32, it na lis to hym to do many gud werkis.

Merlin 412/7, thei fonde the loigginges well stuffed of al 1 that neded to man.

41. The above examples, if considered in connection with what lias been said in $ 2, show us that a verb that originally governed a dative, nrght develop in two direclions, and inight consequently give rise to two different constructions, viz:.

cl. the dative might become a nominative and the subject of the verb;

b. the verb might continue to govern its dative complement, which, however, became prepositional.

It is clear that verbs which were originally accompanied by an accusative.were not capable of such a twofold developïnent.