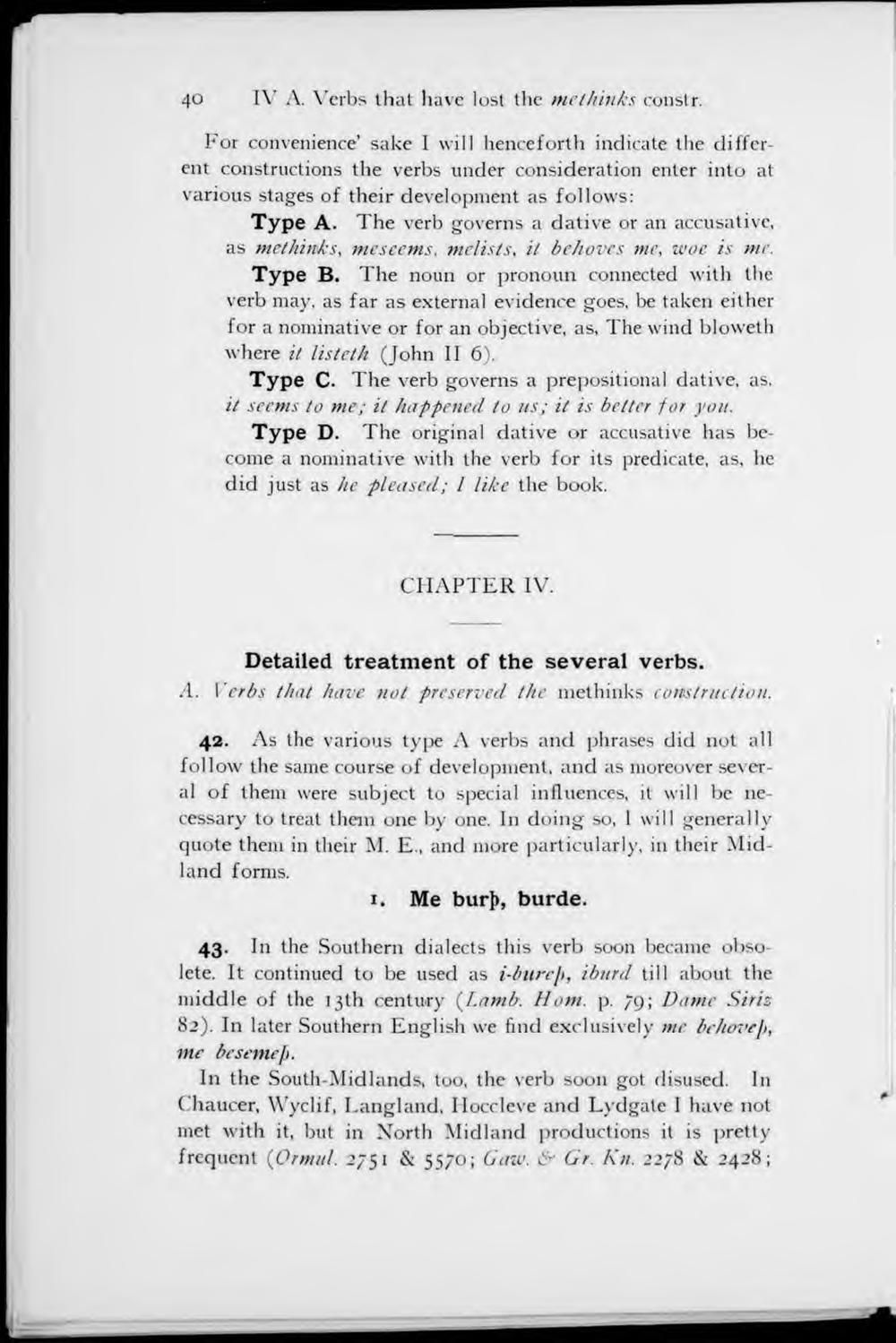 For convenience' sake I will henceforth indicate the different constructions the verbs under consideration enter into at various stages of their development as follows:

Type A. The verb governs a dative or an accusative, as met hink s, meseems, melis ts, it behoves me, woe is me.

Type B. The noun or pronoun connected with the verb may, as far as external evidence goes, be taken either for a nominative or for an objective, as, The wind bloweth where it listeth (John II 6).

Type C. The verb governs a prepositional dative, as, it seems to me; it happened to us; it is better for you.

Type D. The original dative or accusative has become a nominative with the verb for its predicate, as, he did just as he pleased; 1 like the book.

Detailed treatnient of the several verbs.

A. Verbs that have nut preserved the methinks comtruction.

42. As the various type A verbs and phrases did not all follow the same course of development, and as moreover several of them were subject to special influences, it will be necessary to treat them one by one. In doing so, 1 will generally quote them in their M. E., and more particularly, in their Midland fornis.

43- I n the Southern dialects this verb soon became obsolete. It continued to be used as i-burc[>, iburd till about the middle of the 13th century (Lamb. Hom. p. 79; Dame Siriz 82). In later Southern English we find exclusively me behoveft, me besemej).