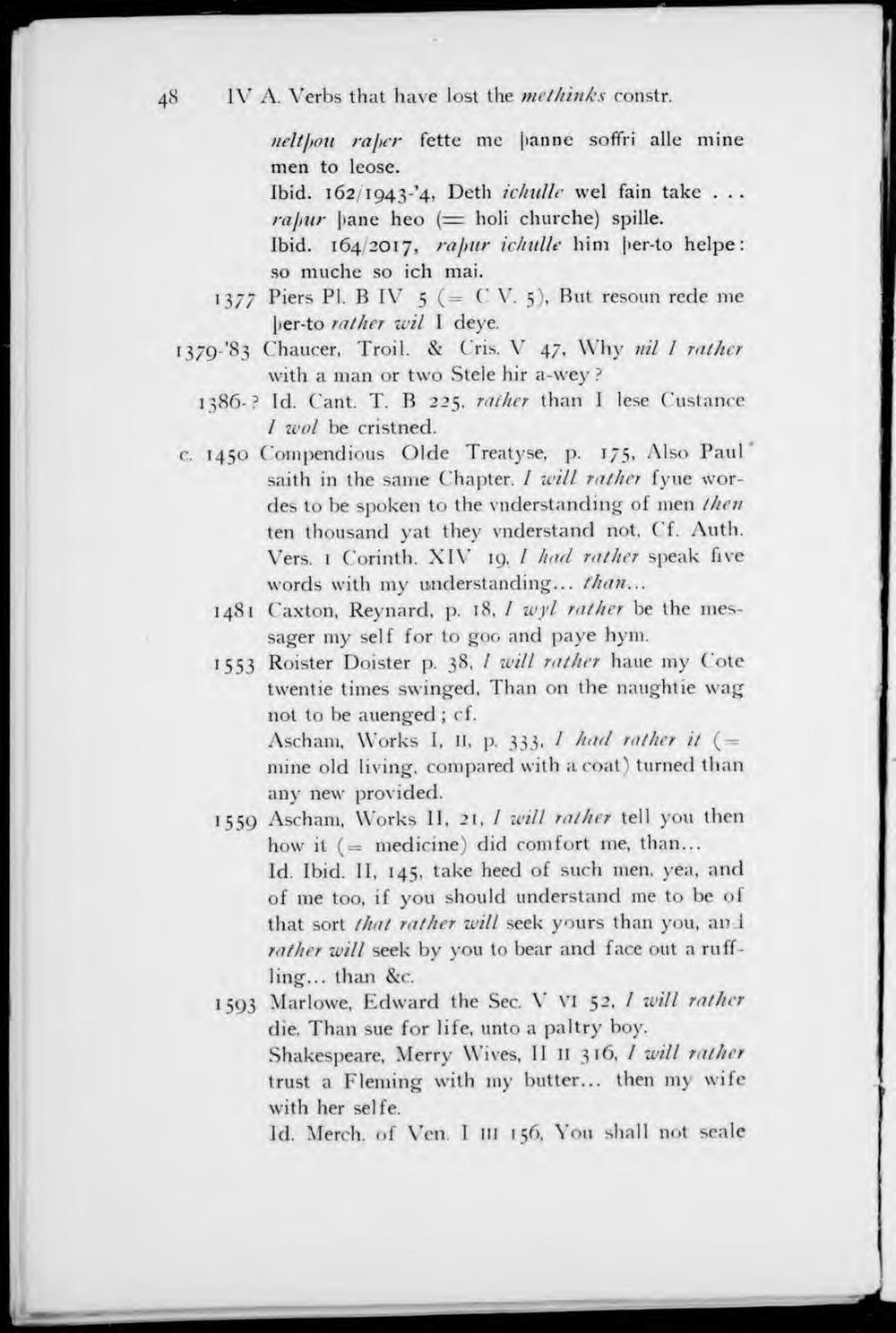 c. 1450 Compendious Olde Treatyse, p. 175, Also Paul saith in the same Chapter. I will rather fyue wordes to be spoken to the vnderstanding of men then ten thousand yat they vnderstand not, Cf. Auth. Vers. 1 Corinth. XIV 19, I had rather speak five words with my understanding... than...

' 553 Roister Doister p. 38, I will rather haue my Cote twentie times swinged, Than on the naughtie wag not to be auenged; cf.