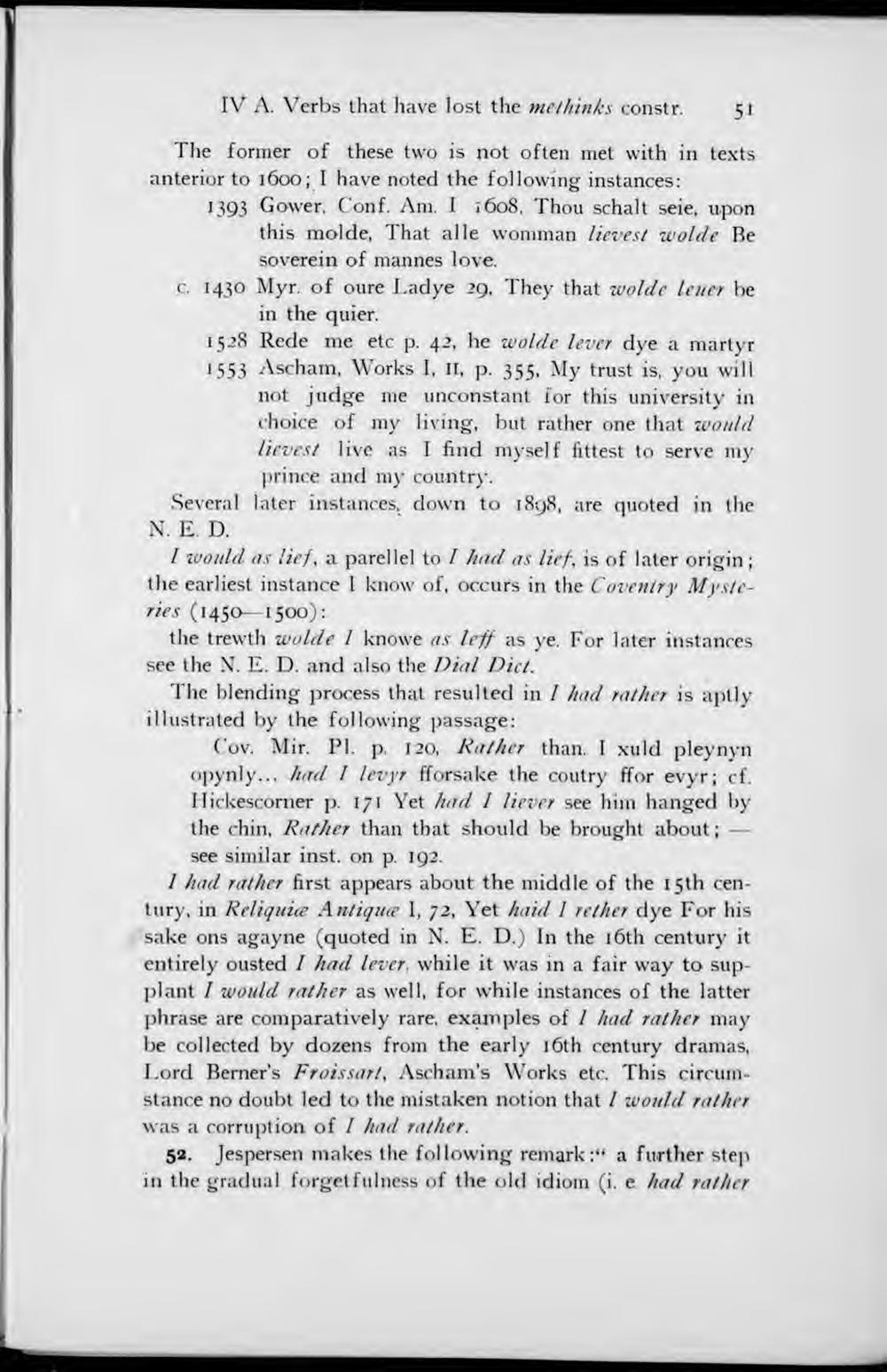 The former of these two is not often met with in texts anterior to 1600; I have noted the following instances:

1393 Gower, Conf. Am. I ;6o8, Thou schalt seie, upon this molde, That alle vvomman lievest wolde Re soverein of mannes love.

1528 Rede me etc p. 42, he wolde lever dye a martyr 1553 Ascham, Works I, II, p. 355, My trust is, you will not judge me unconstant for this university in choice of my living, but rather one that would lievest live as I find myself fittest to serve my prince and my country.

/ would as lief, a parellel to I had as lief, is of later origin; the earliest instance I know of, occurs in the Coventry Mysteries (1450—1500):

the trewth wolde I knowe as leff as ye. For later instances see the N. E. D. and also the Dial Dict.

The blending process that resulted in / had rather is aptly illustrated by the follovving passage:

Cov. Mir. PI. p. 120, Rather than. I xuld pleynyn opynly... had I levyr fforsake the coutry ffor evyr; cf. Ilickescorner p. 171 Yet had l liever see him hanged by the chin, Rather than that should be brought about; — see similar inst. on p. 192.

1 had rather fïrst appears about the middle of the 15th century, in Reliquice Antiquce I, 72, Yet haid I rether dye For his sake ons agayne (quoted in N. E. D.) In the ióth century it entirely ousted I had lever, while it was in a fair way to supplant I would rather as well, for while instances of the latter phrase are comparatively rare, examples of / had rather may be collected by dozens from the early ióth century dramas, Lord Rerner's Froissart, Ascham's Works etc. This circumstance no doubt led to the mistaken notion that / would rather was a corruption of I had rather.

52. Jespersen makes the following remark:" a flirther step in the gradual forgetfulness of the old idiom (i. e had rather