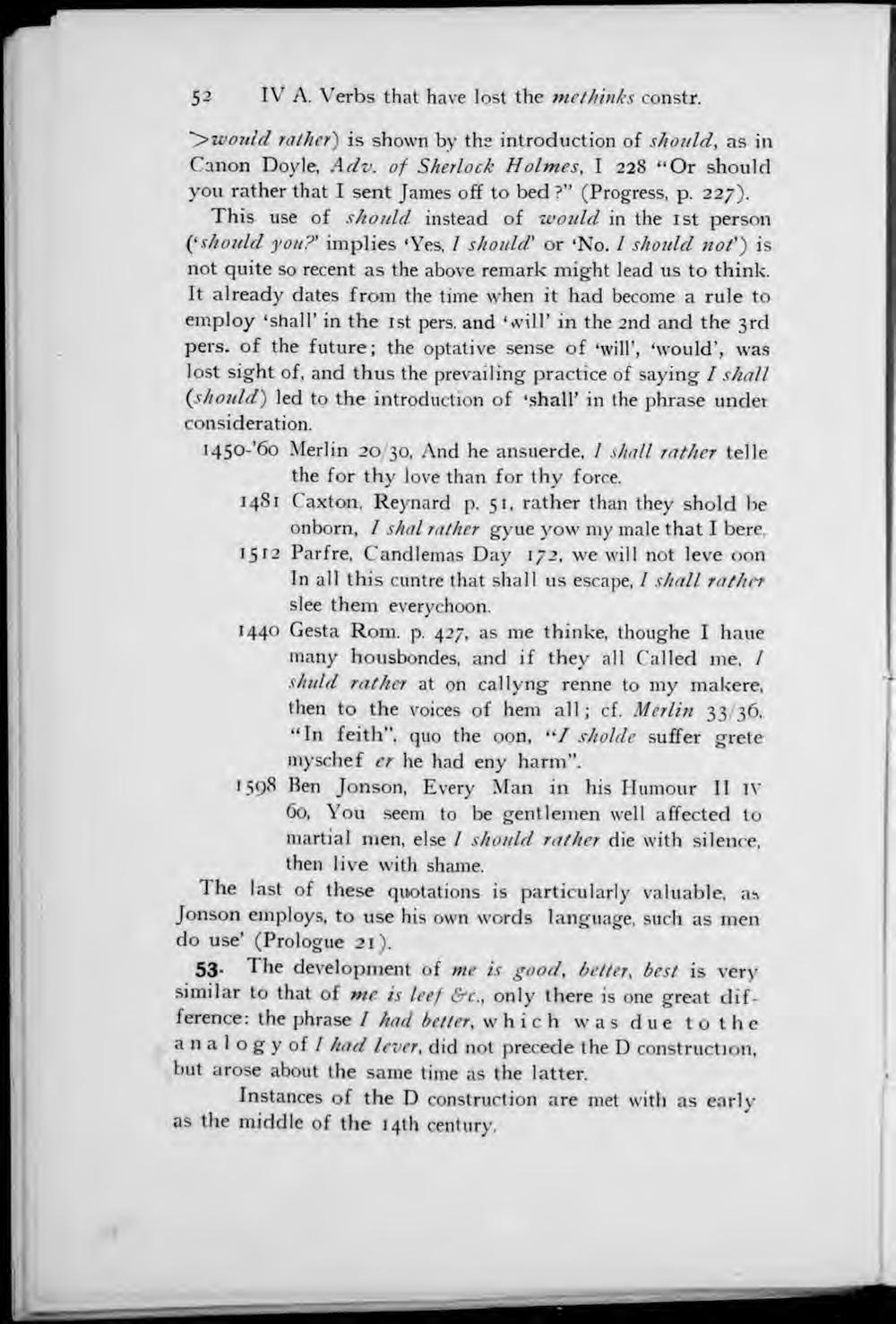 This use of should instead of would in the ist person ('should you?' implies 'Yes, / should or 'No. / should not') is not quite so recent as the above remark might lead us to think. It already dates from the time when it had become a rule to employ 'shall' in the ist pers. and 'will' in the 2nd and the 3rd pers. of the future; the optative sense of 'will', 'would', was lost sight of, and thus the prevailing practice of saying I shall (.should) led to the introduction of 'shall' in the phrase under consideration.

1481 Caxton, Reynard p. 51, rather than they shold be onborn, I shal rather gyue yow my male that I bere.

1512 Parfre, Candlemas Day 172, we will not leve oon In all this cuntre that shall us escape, / shall rather slee them everychoon.

1598 Ben Jonson, Every Man in his Humour II IV 60, You seem to be gentlemen well affected to martial men, else I should rather die with silence, then live with shame.

The last of these quotations is particularly valuable, as Jonson employs, to use his own words language, such as men do use' (Prologue 21).

53. The development of me is good, better, best is very similar to that of me is leef &c., only there is one great difference: the phrase I had bet ter, which was due tothe a 11 a 1 o g y of / had lever, did not precede the D construction, but arose about the sanie time as the latter.

Instances of the D construction are met with as early as the middle of the 14th century.