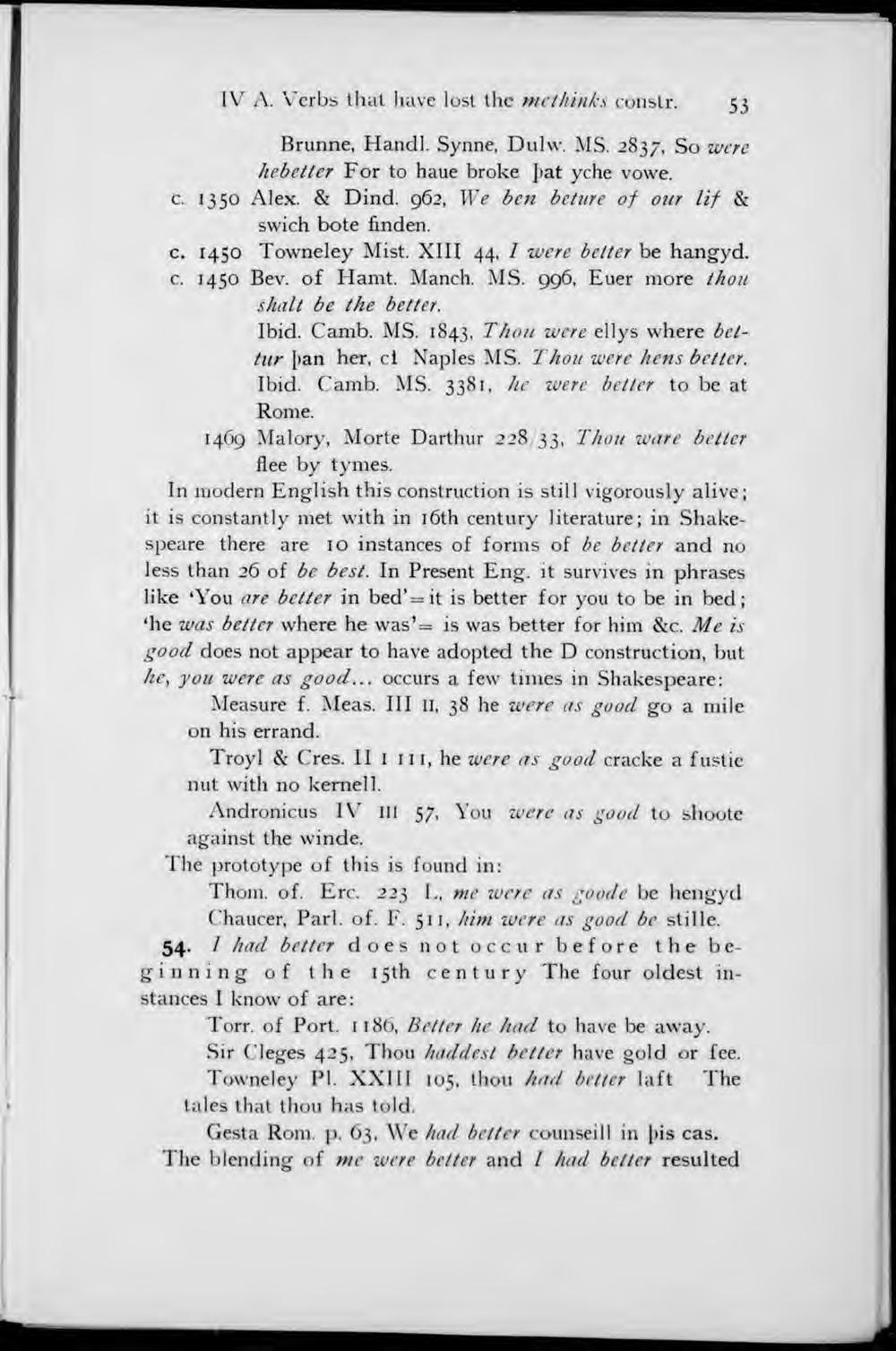 In modern English this construction is still vigorously alive; it is constantly met with in iöth century literature; in Shakespeare there are 10 instances of forms of be bet ter and no less than 26 of be best. In Present Eng. it survives in phrases like 'You are better in bed'=it is better for you to be in bed; 'he was better where he was'= is was better for him &c. Me is good does not appear to have adopted the D construction, but he, you were as good... occurs a few times in Shakespeare:

Andronicus IV lil 57, You were as good to shoote against the winde.

The prototype of this is found in:

Torr. of Port. 1 186, Better he had to have be away. Sir Cleges 425, Thou haddest better have gold or fee. Towneley PI. XXIII 105, thou had better laft The tales that thou has told.

Gesta Rom. p. 63, We had better counseill in |iis cas. The blending of me were better and I had beller resulted