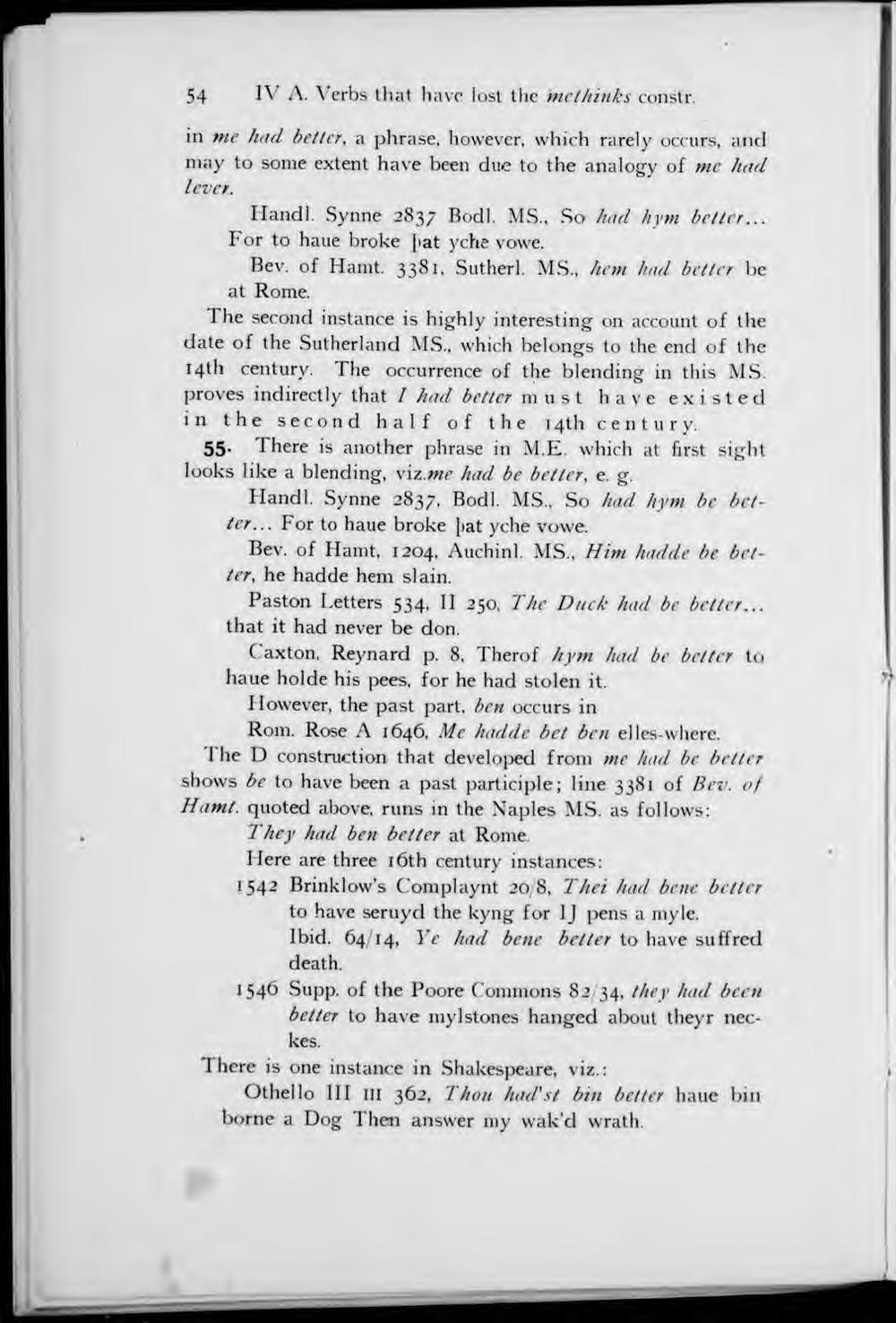 in me had beller, a phrase, however, which rarely occurs, and may to some extent have been due to the analogy of me had lever.

1 he second instance is highly interesting on account of the date of the Sutherland MS., which belongs to the end of the 14H1 century. The occurrence of the blending in this MS. proves indirectly that I had better must have existed in the second half of the 14th century.

55. There is another phrase in M.E. whicli at first sight looks like a blending, viz.me had be better, e. g.

C.axton, Reynard p. 8, Therof hym had be bet ter to haue holde his pees, for he had stolen it.

However, the past part. ben occurs in

1 he D construction that developed from me had be beller shows be to have been a past participle; line 3381 of Bev. of Hamt. quoted above, runs in the Naples MS. as follows:

They had ben better at Rome.

1542 Brinklow's Complaynt 20/8, Thei had bene better to have seruyd the kyng for IJ pens a myle.

1546 Supp. of the Poore Commons 82/34, they had been bet ter to have mylstones hanged about theyr neckes.

I here is one instance in Shakespeare, viz.: