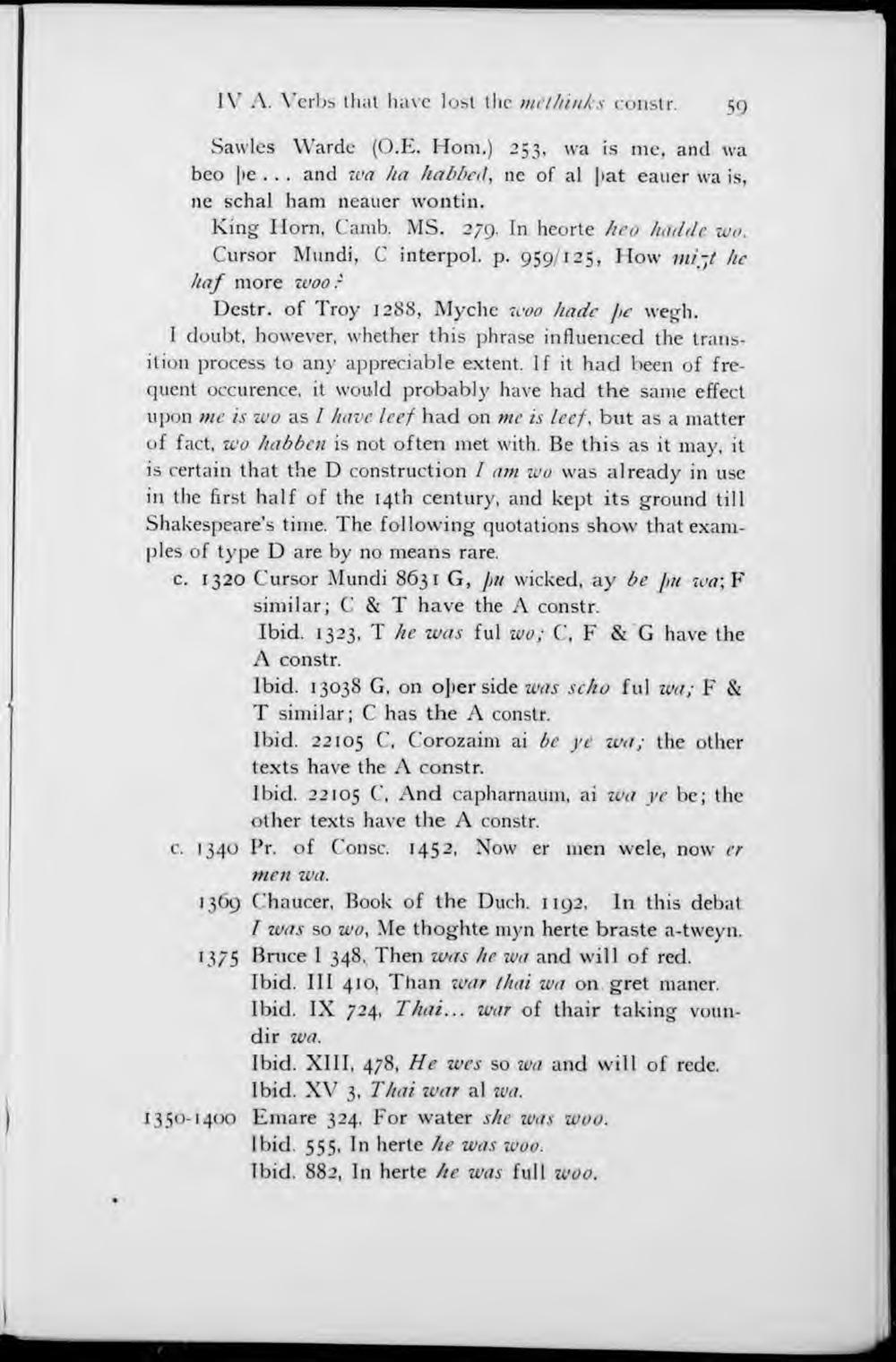 Destr. of Troy 1288, Myche woo kade pc wegh. I doubt, however, whether this phrase influenced the transition process to any appreciable extent. If it had been of frequent occurence, it would probably have had the sarae effect upon me is wo as I have leef had on me is leef, but as a matter of fact, wo habben is not of ten met with. Be this as it may, it is certain that the D construction l am wo was already in use in the first half of the 14th century, and kept its ground till Shakespeare's time. The following quotations show that examples of type D are by no means rare.