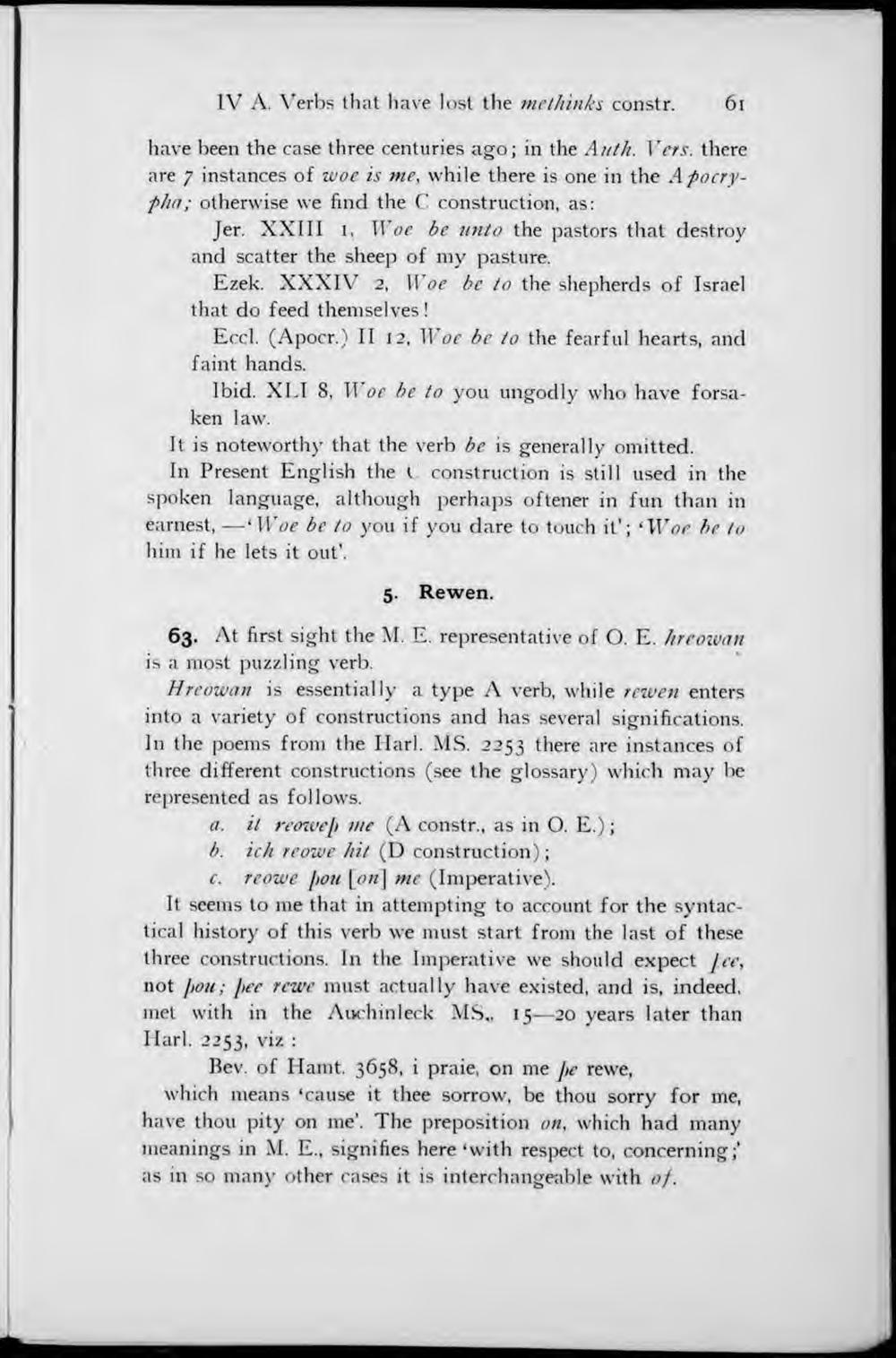 have been the case three centuries ago; in the Auth. Vers. there are y instances of woe is me, while there is one in the A-pocrypha; othervvise we find the C construction, as:

Jer. XXIII i, Woe be nnto the pastors that destroy and scatter the sheep of my pasture.

Ezek. XXXIV 2, Woe be to the shepherds of Israël that do feed themselves!

Ibid. XLI 8, Woe be to you ungodly who have forsaken law.

It is noteworthy that the verb be is generally omitted.

In Present Engüsh the L construction is still used in the spoken language, although perhaps oftener in fun than in earnest, —'Woe be to you if you dare to touch it'; 'Woe be to him if he Iets it out'.

63- At first sight the M. E. representative of O. E. hteowan is a most puzzling verb.

Hreowan is essentially a type A verb, while rewen enters into a variety of constructions and has several significations. In the poems from the Harl. MS. 2253 there are instances of three different constructions (see the glossary) which may be represented as follows.

It seems to me that in attempting to account for the syntactical history of this verb we must start from the last of these three constructions. In the Imperative we should expect ]ee, not jtou; pee rewe must actually have existed, and is, indeed, met with in the Auchinleck MS„ 15—20 years later than Harl. 2253, v'z :

which means 'cause it thee sorrow, be thou sorry for me, have thou pity on me'. The preposition on, which had many meanings in M. E„ signifies here'with respect to, concerning;' as in so many other cases it is interchangenble with of.