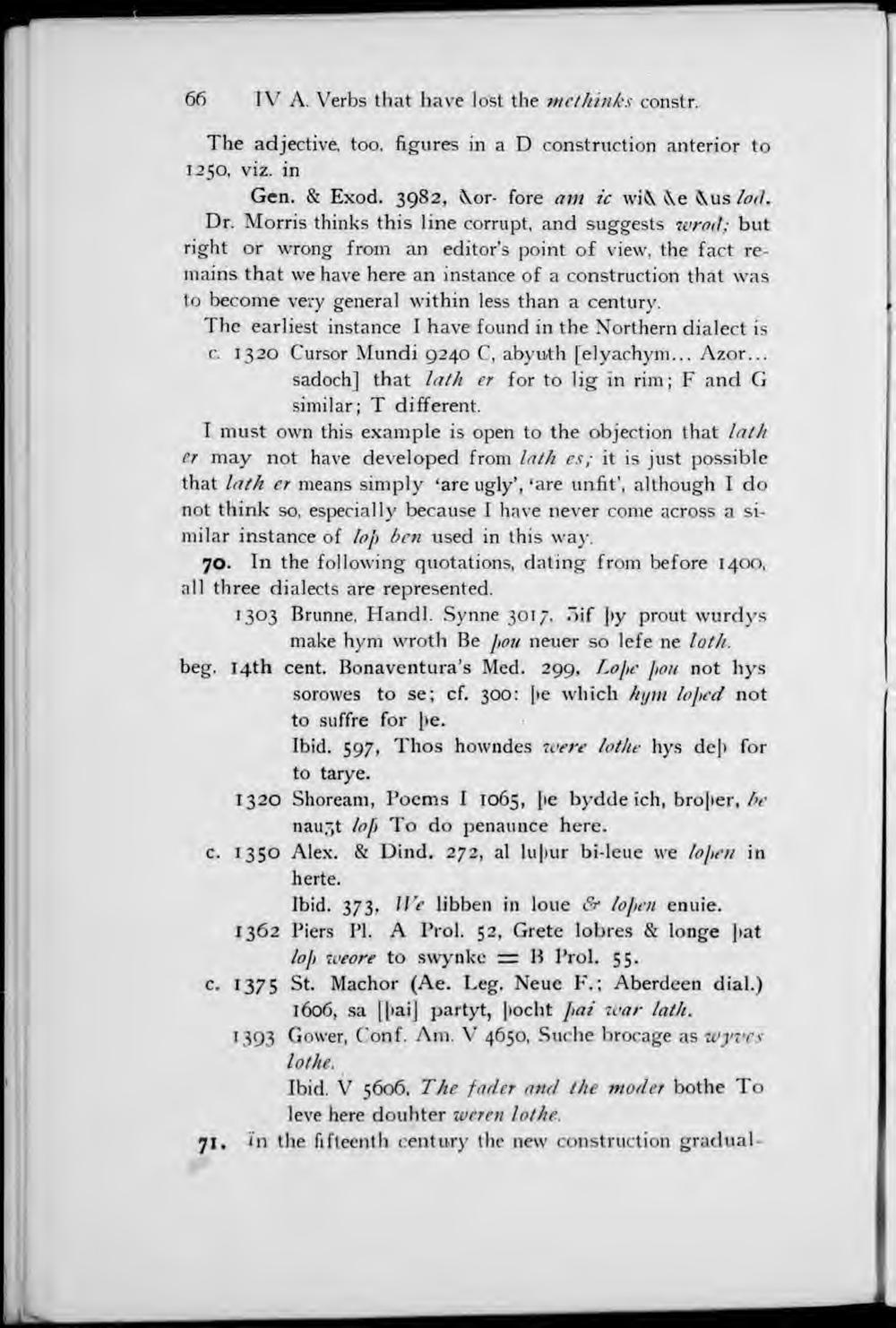 The adjective, too, figures in a D construction anterior to 1250, viz. in

Gen. & Exod. 3982, \or- fore am ic wi& \e &us lo<t. Dr. Morris thinks this line corrupt, and suggests wroiï; but right or wrong from an editor's point of view, the fact remains that we have here an instance of a construction that was to become very general within less than a century.

sadoch] that lath er for to lig in rim; F and G similar; T different.

I must own this example is open to the objection that lath er may not have developed from lath es; it is just possible that lath er means simply 'are ugly', 'are unfit', although I do not think so, especially because I have never come across a similar instance of lop ben used in this way.

70. In the following quotations, dating from before 1400, all three dialects are represented.