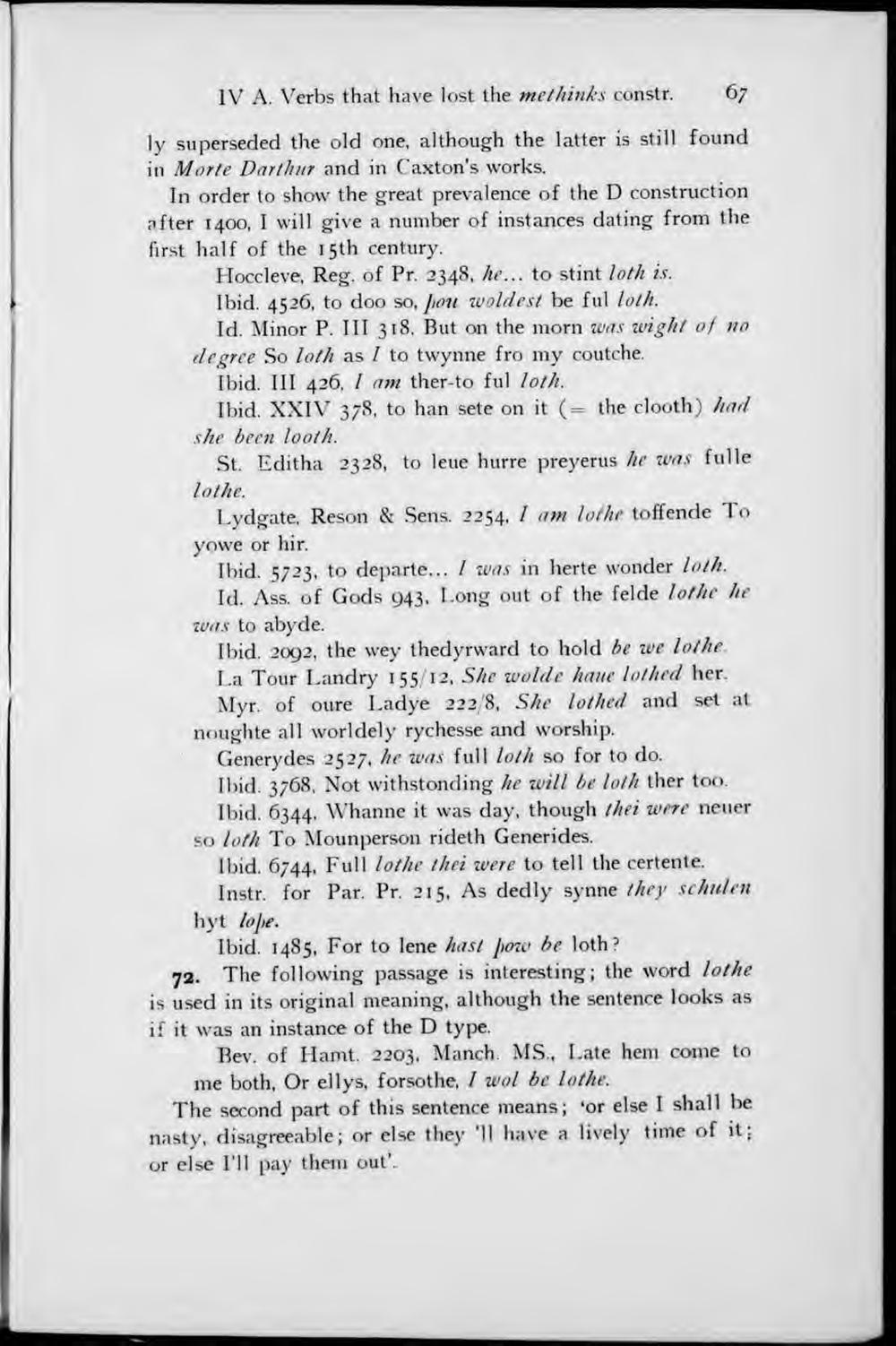 ly superseded the old one, although the latter is still found in Morte Darthnr and in Caxton's works.

In order to show the great prevalence of the D construction after 1400, I will give a number of instances dating from the first half of the 15th century.

St. Editha 2328, to leue hurre preyerus he was fulle lothe.

Myr. of oure Ladye 222/8, She lothed and set at noughte all worldely rychesse and worship.

Ibid. 3768, Not withstonding he will be loth ther too.

Ibid. 6344, Whanne it was day, though thei were netter so loth To Mounperson rideth Generides.

Ibid. 6744, Full lothe thei were to teil the certente.

72. The following passage is interesting; the word lothe is used in its original meaning, although the sentence looks as if it was an instance of the D type.

The second part of this sentence means; 'or else I shall be nasty, disagreeable; or else they 11 have a 1 ively time of it. or else I'll pay them out'.