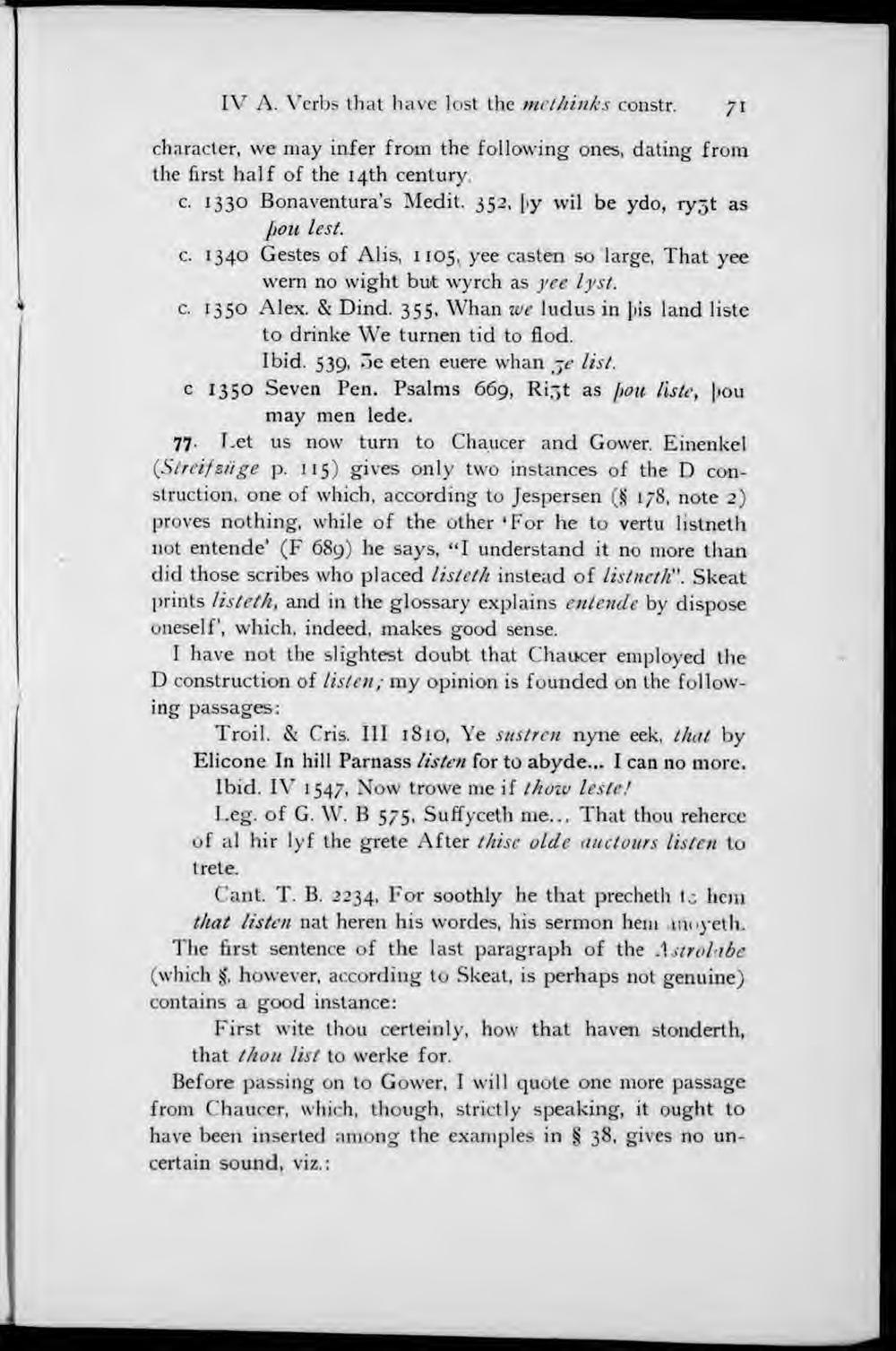 character, we may infer from the following ones, dating from the first half of the 14th century.

wem no wight but wyrch as yee lyst.

77. Let us now turn to Chaucer and Gower. Einenkel (Streifsiige p. 115) gives only two instances of the D construction, one of which, according to Jespersen (§ 178, note 2) proves nothing, while of the other 'For he to vertu listneth not entende' (F 689) he says, "I understand it no more than did those scribes who placed listeth instead of listneth". Skeat prints listeth, and in the glossary explains entende by dispose oneself', which, indeed, makes good sense.

I have not the slightest doubt that Chaucer employed the D construction of listen; my opinion is founded on the following passages:

Cant. T. B. 2234, For soothly he that precheth 1c hem that listen nat heren his wordes, his sermon hem .niuyeth.

The first sentence of the last paragraph of the Astrolabe (which §, however, according to Skeat, is perhaps not genuine) contains a good instance:

First wite thou certeinly, how that haven stonderth, that thou list to werke for.

Before passing on to Gower, I will quote one more passage from Chaucer, which, though, strictly speaking, it ought to have been inserted among the examples in § 38, gives no uncertain sound, viz.: