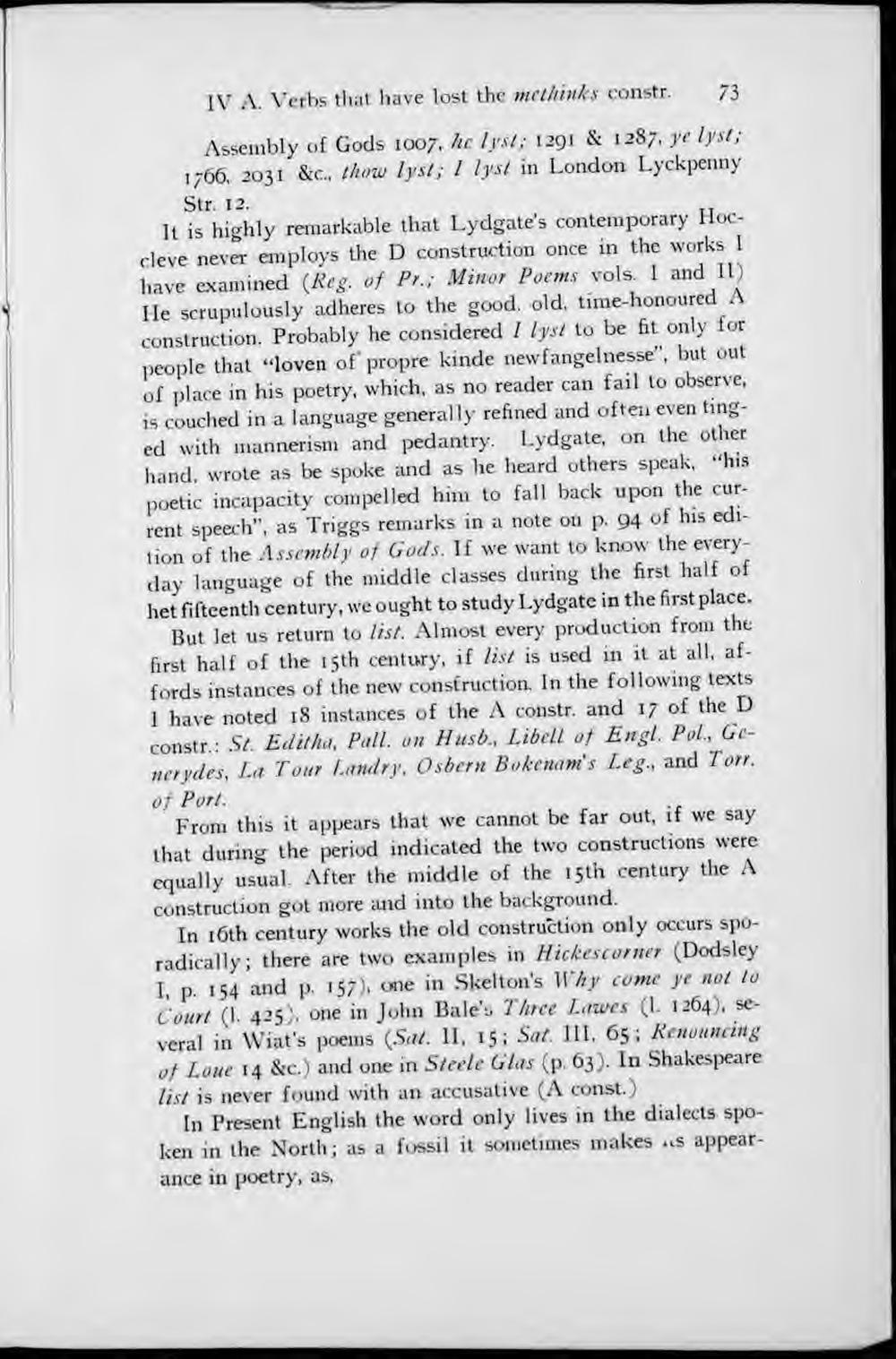 lt is highly remarkable that Lydgate's contemporary Hoccleve never employs the D construction once in the works I have examined (Keg. of Pr.; Minor Poems vols. I and II) He scrupulously adheres to the good. old, time-honoured construction. Probably he considered I lyst to be fit only lor people that "loven of' propre kinde newfangelnesse", but out of place in his poetry, which, as no reader can fail to observe, is couched in a language generally refined and ofteii even tinged with mannerism and pedantry. Lydgate, on the other hand. wrote as be spoke and as he heard others speak, "his poetic incapacity compelled him to fall back upon the curi-ent speech", as Triggs remarks in a note on p. 94 of his edition of the Assembly of Gods. If we want to know the everyday language of the middle classes during the first half of het fifteenth century, we ought to study Lydgate in the first place.

But let us return to list. Al most every production from the first half of the 15th century, if list is used in ït at all, affords instances of the new construction. In the following texts 1 have noted 18 instances of the A constr. and 17 of the D constr.: St. Editha, Pall. on Husb., Libell of Engl. Pol., Generydes, La Tour Landry, Osbern Bokemrris Leg., and Torr.

From this it appears that we cannot be far out, ït we say that during the period indicated the two constructions were equally usual. Af ter the middle of the 15Ü1 century the A construction got more and into the background.

In Present English the word only lives in the dialects spoken in the North; as a fossil it sometimes makes -s appearance in poetry, as,