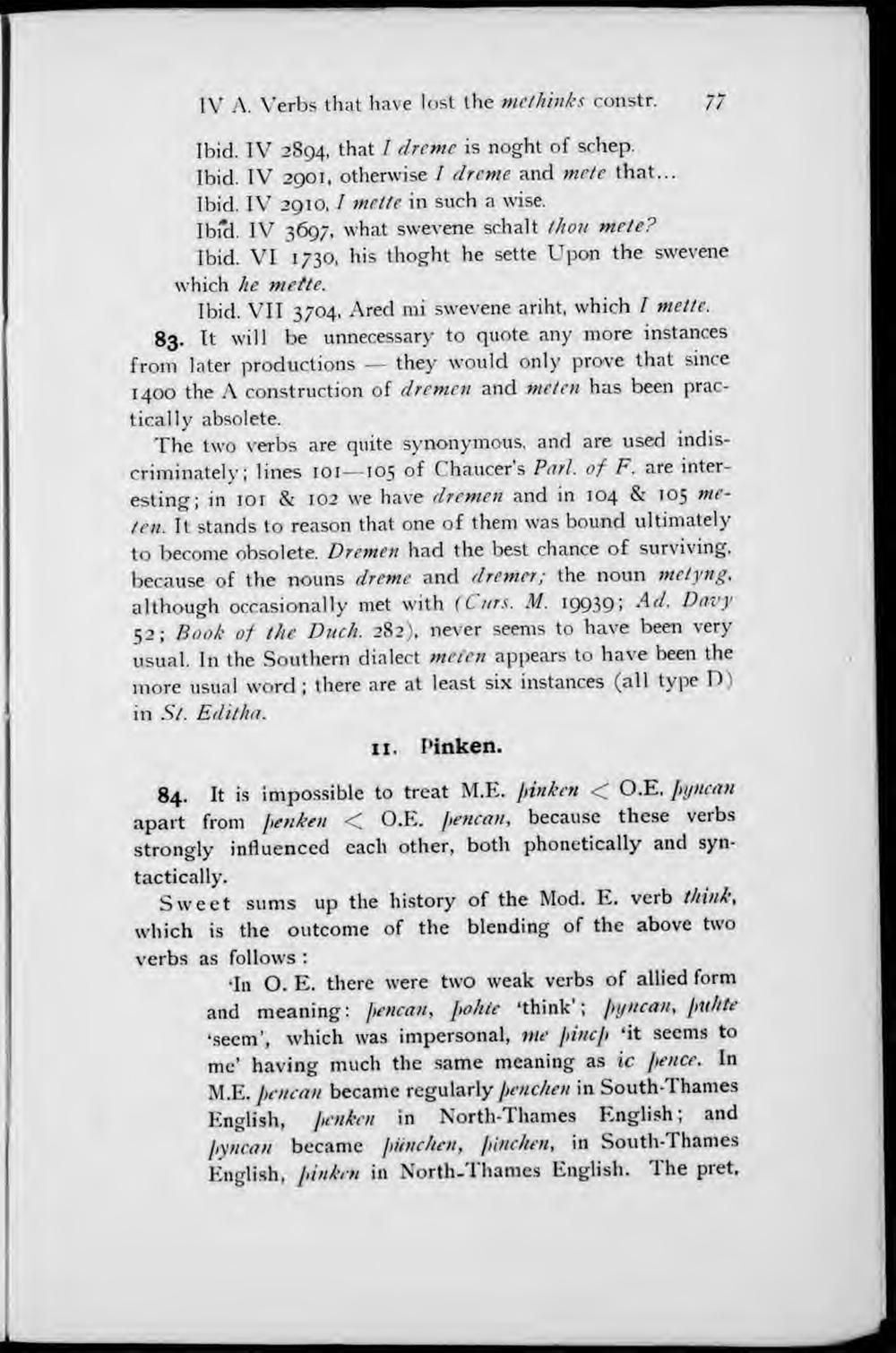 Ibid. VI 1730, his thoght he sette Upon the swevene

83. It will be unnecessary to quote any more instances from later productions — they would only prove that since 1400 the A construction of dreinen and meten has been practically absolete.

The two verbs are quite synonymous. and are used indiscriminately; lines 101—105 of Chaucers Pari. of F. are interesting; in 101 & 102 we have dreinen and in 104 & 105 meten. It stands to reason that one of them was bound nltimately to become obsolete. Drenten had the best chance of surviving, because of the nouns dreme and dremer; the noun metyng, although occasionally met with (Curs. M. 199391 Ad. Davy 52; Book of the Duch. 282), never seems to have been very usual. In the Southern dialect meien appears to have been the more usual word ; there are at least six instances (all type D) in St. Editha.

84. It is impossible to treat M.E. pinken < O.E. pyncan apart from peuken <[ O.E. petican, because these veibs strongly influenccd each other, both phonetically and syntactically.

Sweet sums up the history of the Mod. E. verb think, which is the outcome of the blending of the above two