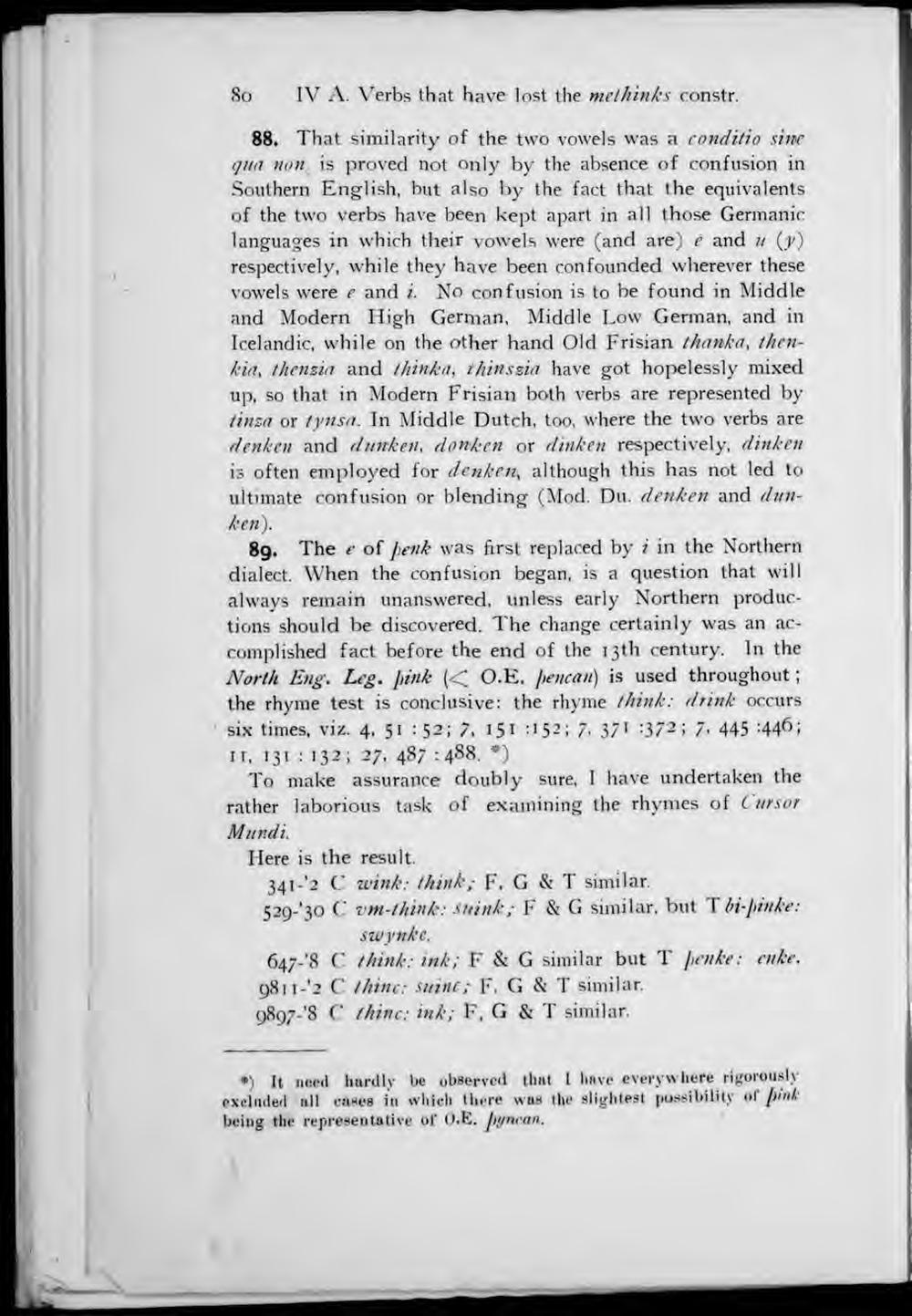 88. That similarity of the two vowels was a conditio sine qua non is proved not only by the absence of confusion in Southern English, but also by the fact that the equivalents of the two verbs have been kept apart in all those Germanic languages in which their vowels were (and are) e and u (j>) respectively, while they have been confounded wherever these vowels were e and i. No confusion is to be found in Middle and Modern High German, Middle Low German, and in Icelandic, while on the other hand Old Frisian thanka, thenkia, thensia and thinka, ihinszïa have got hopelessly mixed up, so that in Modern Frisian both verbs are represented by tinza or tynsa. In Middle Dutch, too, where the two verbs are denken and dunken, donken or dinken respectively, dinken is often employed for denken, although this has not led to ultimate confusion or blending (Mod. Du. denken and dunken).

To make assurance doubly sure, I have undertaken the rather laborious task of examining the rhymes of Cursor Mundi.

Here is the result.

*) It need hardlv be observed that I have everywhere rigorously exeluded all cases in which the re was the slightest possibility ol f)ink being the representative ol' O.E. J)//nran.