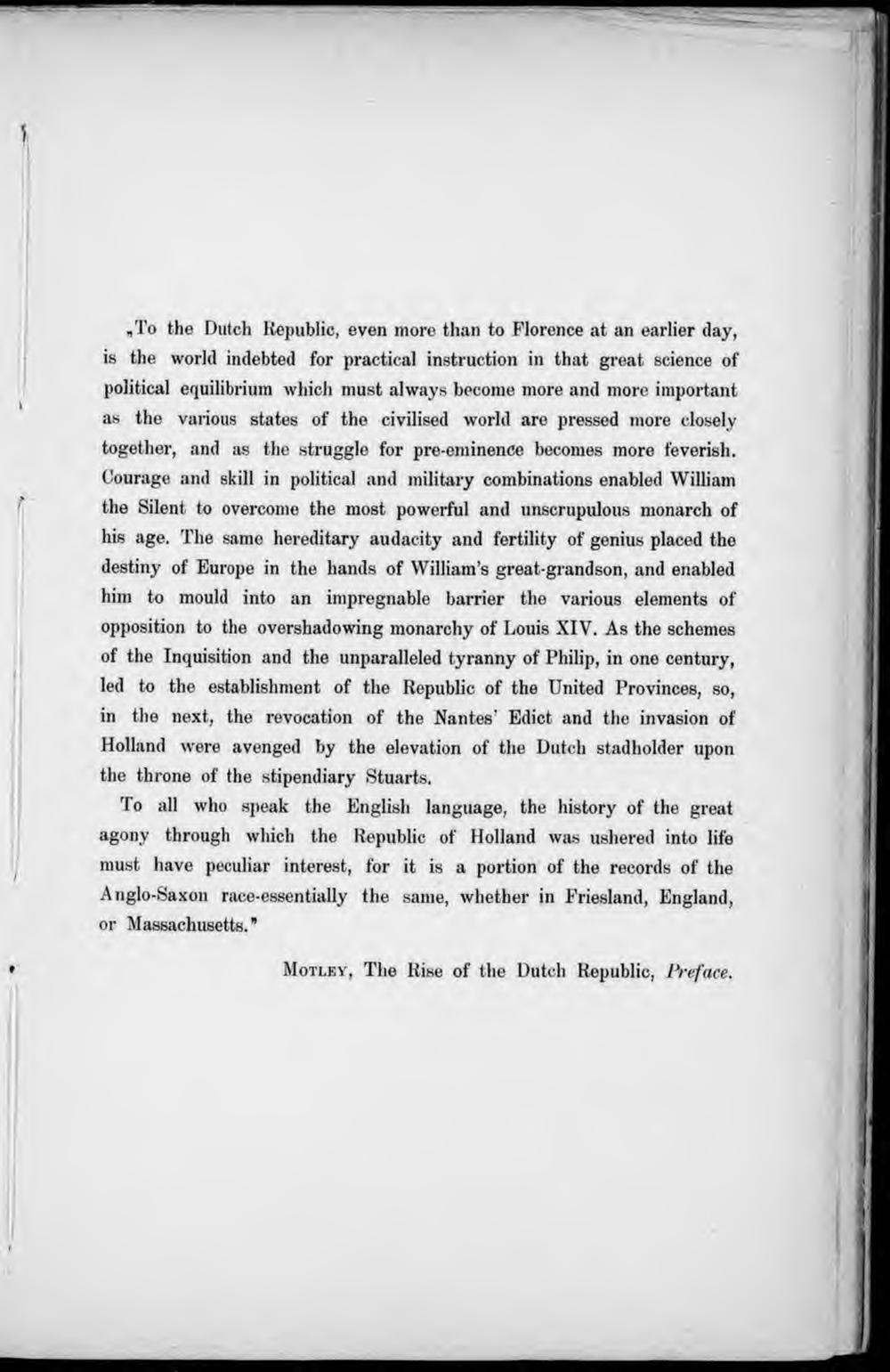 „To the Dutch Ilepublic, even more than to Florence at an earlier day, is the world indebted for practical instruction in that great science of political equilibrium which must always beconie more and more important as the various states of the civilised world are pressed more closely together, and as the struggle for pre-eminence becomes more feverish. Courage and skill in political and military combinations enabled William the Silent to overcome the most powerful and unscrupulous monarch of his age. The same hereditary audacity and fertility of genius placed the destiny of Europe in the hands of William's great-grandson, and enabled him to mould into an impregnable barrier the various elements of opposition to the overshadowing monarchy of Louis XIV. As the schemes of the Inquisition and the unparalleled tyranny of Philip, in one century, led to the establishment of the Republic of the United Provinces, so, in the next, the revocation of the Nantes' Edict and the invasion of Holland were avenged by the elevation of the Dutch stadholder upon the throne of the stipendiary Stuarts.

To all who speak the English language, the history of the great agony through which the Republic of Holland was ushered into life must have peculiar interest, for it is a portion of the records of the Anglo-Saxon race-essentially the same, whether in Friesland, England, or Massachusetts. *

Motley, The Rise of the Dutch Republic, Preface.