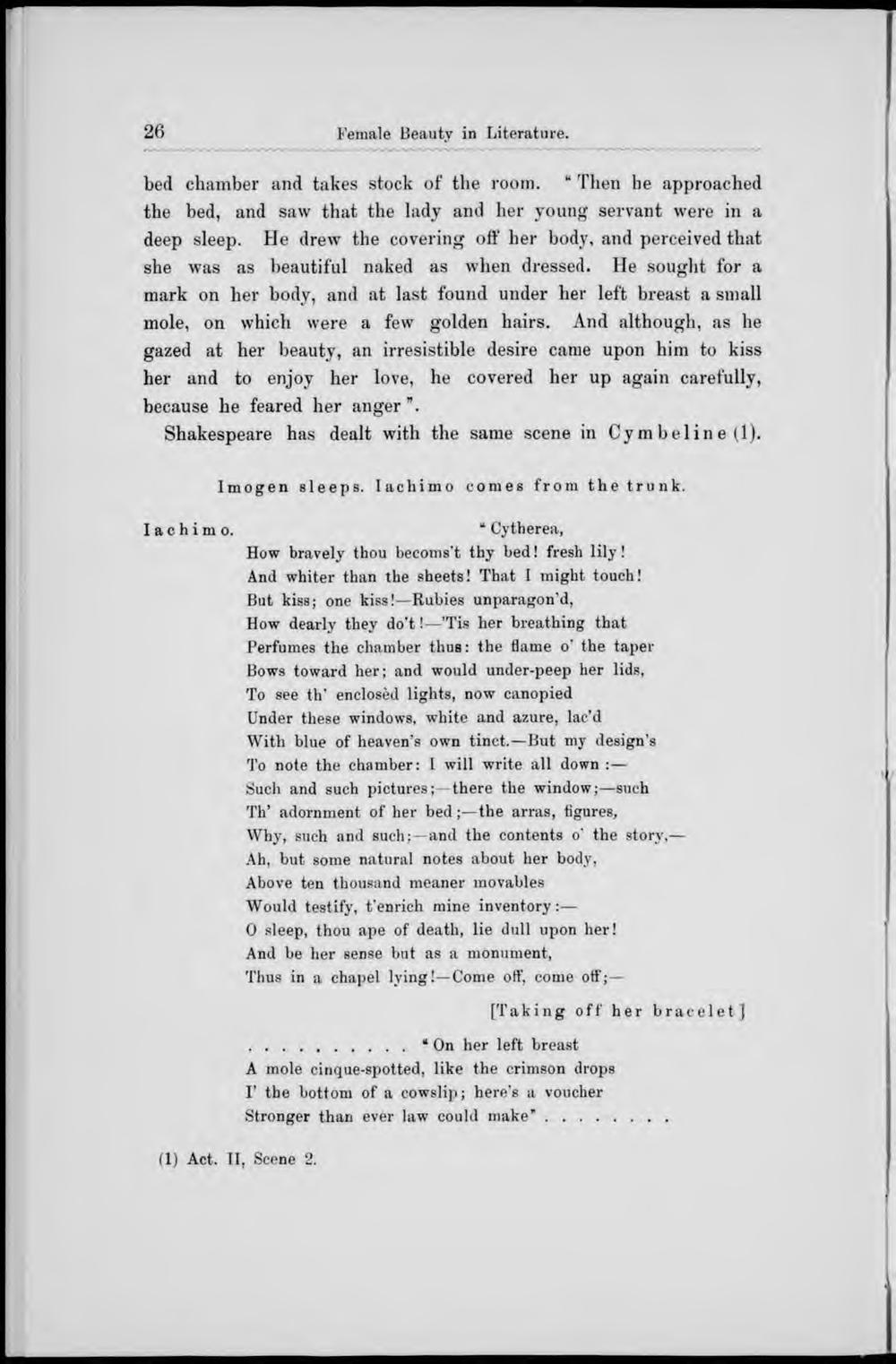 bed chamber and takes stock of the room. " Then he approached the bed, and savv that the lady and her young servant were in a deep sleep. He drew the covering off her body, and perceived that she was as beautiful naked as when dressed. He sought for a mark on her body, and at last found under her left breast a small mole, on which were a few golden hairs. And although, as he gazed at her beauty, an irresistible desire came upon him to kiss her and to enjoy her love, he covered her up again carefully, because he feared her anger".

Shakespeare has dealt with the same scene in Cymbeline(l).

And whiter than the sheets! That I might touch!

How dearly they do't!—'Tis her breathing that

Perfumes the chamber thus: the flame o' the taper

Bows toward her; and would under-peep her lids,

Under these windows, white and azure, lac'd

With blue of heaven's own tinct.—But my design's

To note the chamber: I will write all down :—

Why, such and such;—and the contents o' the story,—

Ah, but some natural notes about her body,

Would testify, t'enrich mine inventory:—

O sleep, thou ape of death, lie dull upon her!

And be her sense but as a monument,

Thus in a chapel lying!—Come off, come otf;—

[Taking off her bracelet]

" On her left breast

A mole cinque-spotted, like the crimson drops I' the bottom of a cowslip; here's a voucher Stronger than ever law could make*