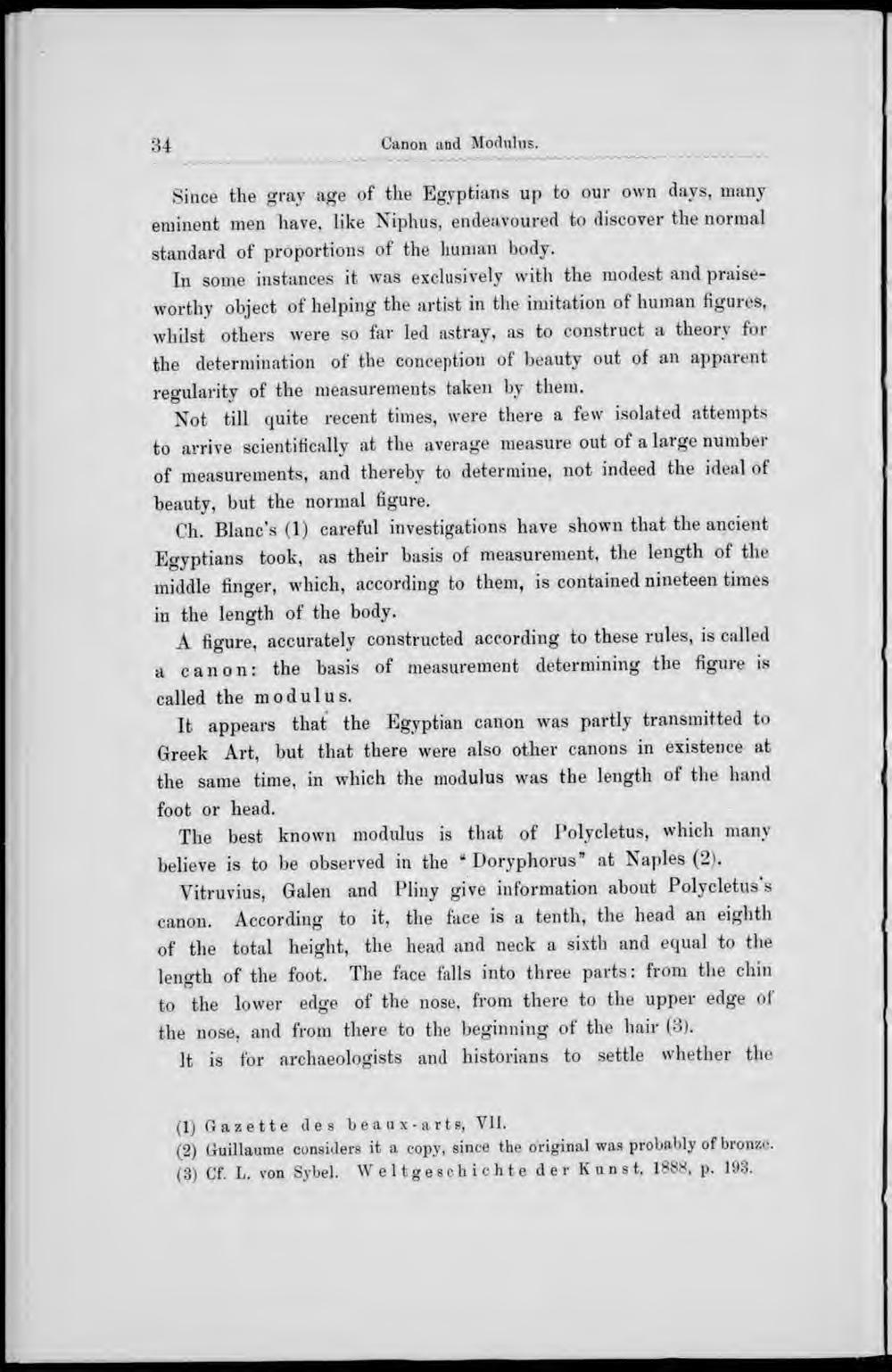 Since the gray age of the Egyptians up to our own <kys, many eminent men have, like Niphus, endeavoured to discover the normal Standard of proportions of the human body.

In some instances it was exclusively with the modest and praiseworthy object of helping the artist in the imitation of human figures, whilst others were so far led astray, as to construct a theory for the determination ot the conception of beauty out of an appaient regularity of the measurements taken by them.

Not till quite recent times, were there a few isolated attempts to arrivé scientifically at the average measure out of a large number of measurements, and thereby to determine, not indeed the ideal of beauty, but the normal figure.

Ch. Blanc's (1) careful investigations have shown that the ancient Egyptians took, as their basis of measurement, the length of the middle finger, which, according to them, is contained nineteen times

in the length of the body.

A figure, accurately constructed according to these rules, is called a canon: the basis of measurement determining the figure is

It appears that the Egyptian canon was partly transmitted to Greek Art, but that there were also other canons in existence at the same time, in which the modulus was the length of the hand foot or head.

The best known modulus is that of Polycletus, which many believe is to be observed in the " Doryphorus" at Naples (2).

Vitruvius, Galen and Pliny give information about Polycletus s canon. According to it, the face is a tenth, the head an eighth of the total height, the head and neck a sixth and equal to the length of the foot. The face falls into three parts: from the cliin to the lower edge of the nose, from there to the upper edge oi the nose, and from there to the beginning of the hair (3).

It is for archaeologists and historians to settle whether the

(2) Guillaume considers it a copy, since the original was probably of bronze.