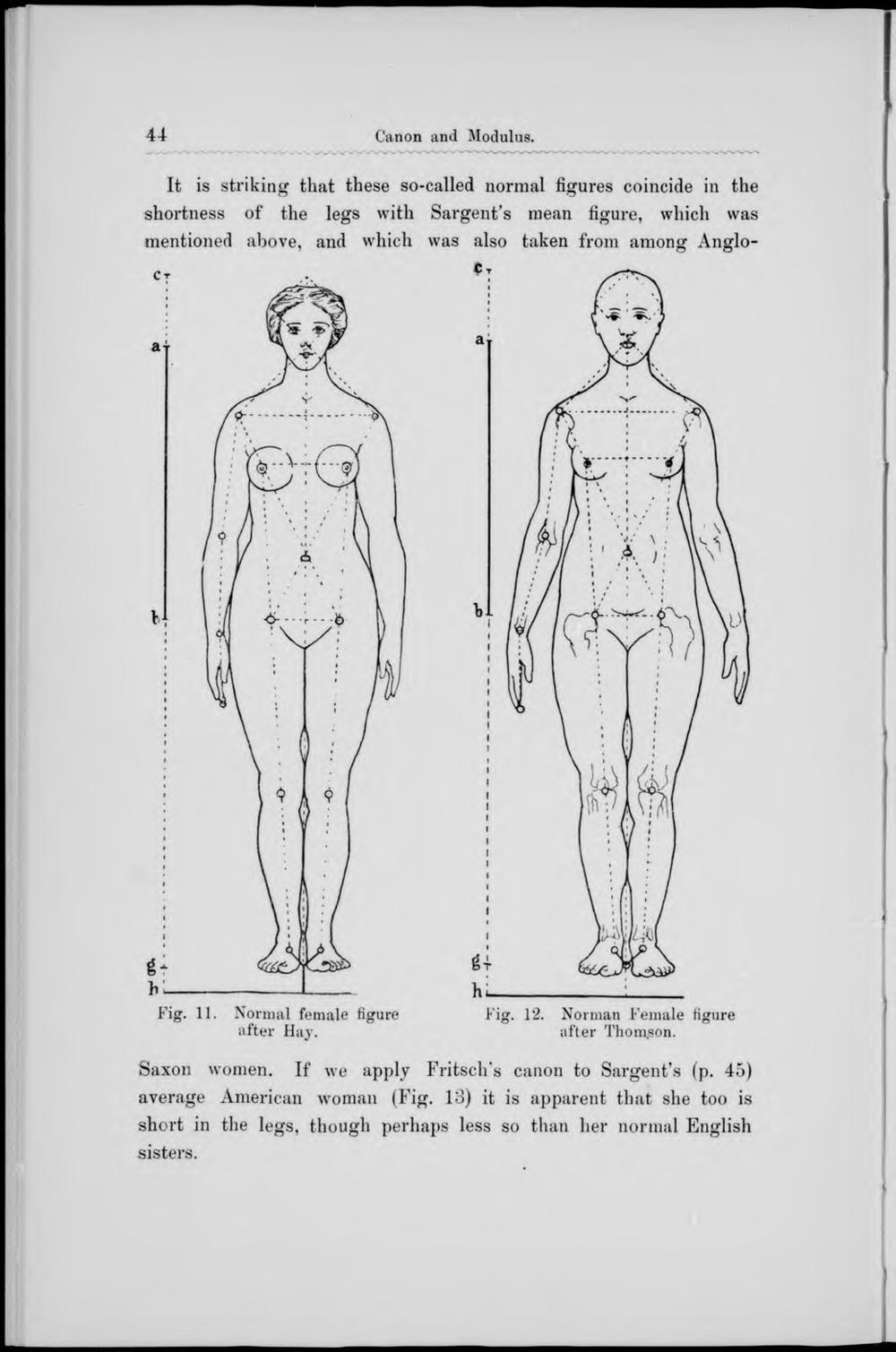 Saxon women. If we apply Fritsch's canon to Sargent's (p. 45) average American woman (Fig. 13) it is apparent that she too is short in the legs, though perhaps less so than her normal English sisters.

It is striking that these so-called normal figures coincide in the shortness of the legs with Sargent's raean figure, which was mentioned above, and which was also taken from among Anglo-