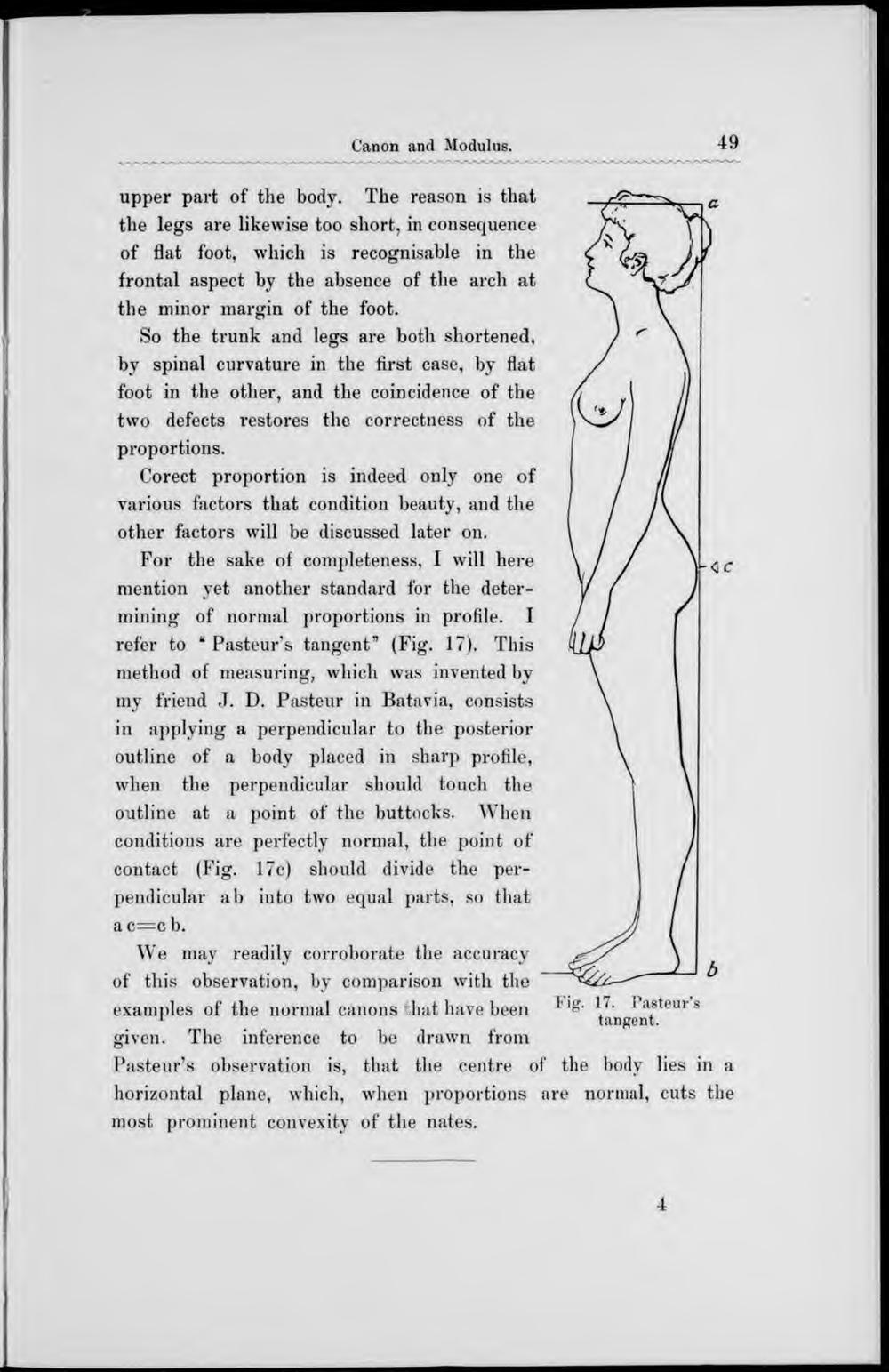 upper part of the body. The reason is that the legs are likewise too short, in consequence of flat foot, which is recognisable in the frontal aspect by the absence of the arch at the minor margin of the foot.

So the trunk and legs are both shortened, by spinal curvature in the first case, by flat foot in the other, and the coincidence of the two defects restores the correctness of the proportions.

Corect proportion is indeed only one of various factors that condition beauty, and the other factors will be discussed later on.

For the sake of completeness, I will here mention yet another standard for the determining of normal proportions in profile. I refer to " Pasteur's tangent" (Fig. 17). This method of measuring, which was invented by my friend .T. D. Pasteur in Batavia, consists in applying a perpendicular to the posterior outline of a body placed in sharp profile, when the perpendicular should touch the outline at a point of the buttocks. When conditions are perfectly normal, the point of contact (Fig. 17c) should divide the perpendicular ab into two equal parts, so that a c=c b.

We may readily corroborate the accuracy of this observation, by comparison with the examples of the normal canons that have been given. The inference to be drawn from

Pasteur's observation is, that the centre of the body lies in a horizontal plane, which, when proportions are normal, cuts the most prominent convexity of the nates.