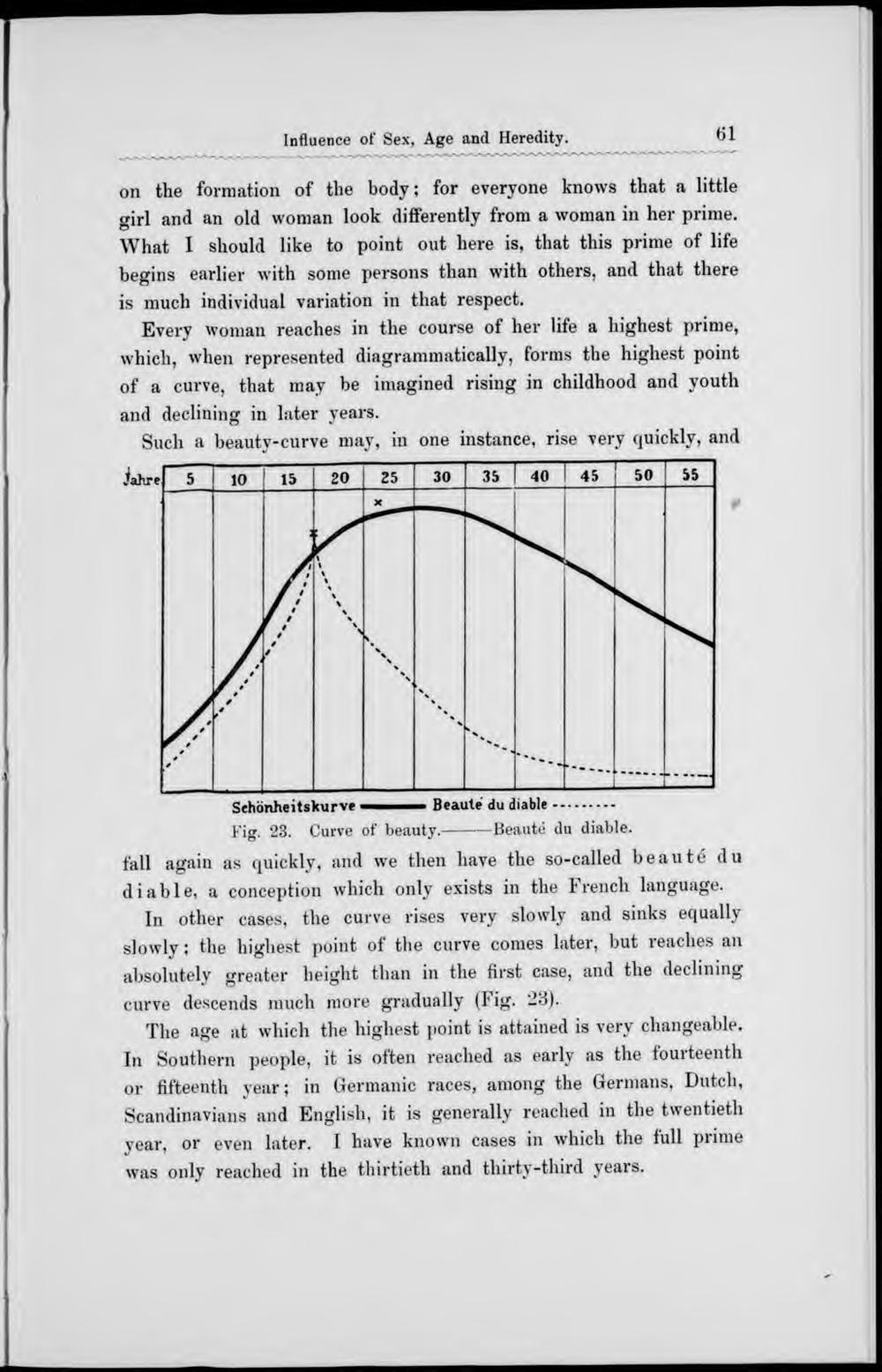 on the formation of the body; for everyone knows that a little girl and an old woman look differently from a woman in her prime. What I should like to point out here is, that this prime of life begins earlier with some persons than with others, and that there is much individual variation in that respect.

Every woman reaches in the course of her life a highest prime, which, when represented diagrammatically, forms the highest point of a curve, that may be imagined rising in childhood and youth and declining in later years.

Such a beauty-curve may, in one instance, rise very quickly, and

fall again as quickly, and we then have the so-called beauté du diable, a conception which only exists in the French language.

In other cases, the curve rises very slowly and sinks equally slowly; the highest point of the curve comes later, but reaches an absolutely greater height than in the first case, and the declining curve descends much more gradually (Fig. 23).

The age at which the highest point is attained is very changeable. In Southern people, it is often reached as early as the fourteenth or fifteenth year; in Germanic races, among the Germans, Dutch, Scandinavians and English, it is generally reached in the twentieth year, or even later. I have known cases in which the full prime was only reached in the thirtieth and thirty-third years.